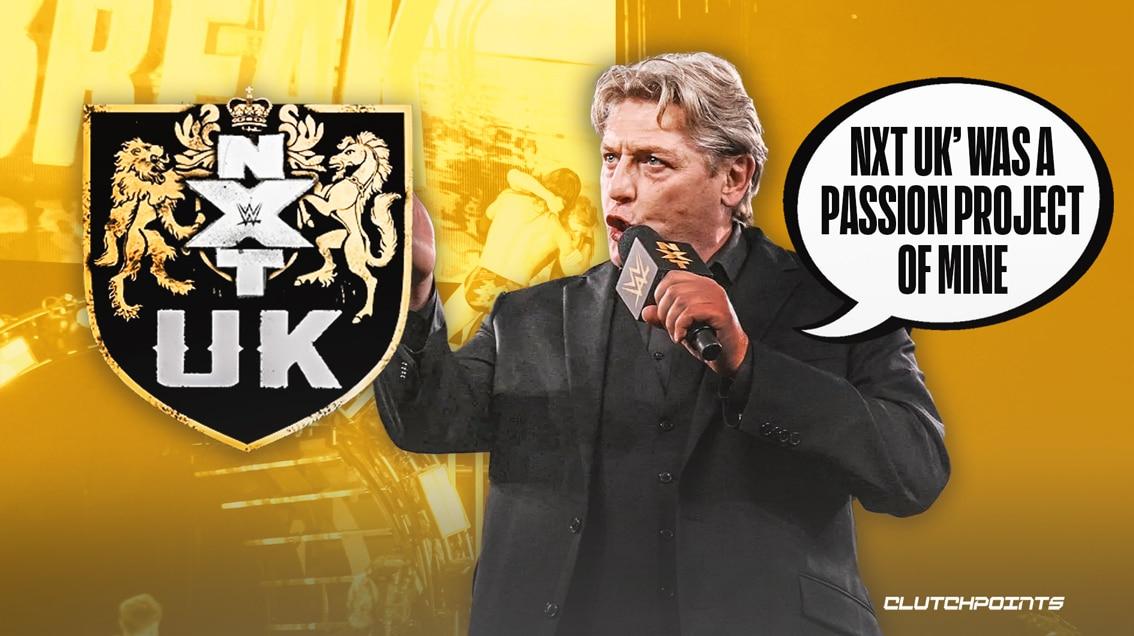 When William Regal was let go from NXT and WWE, it was a certified shocker.

Though he hadn’t wrestled in years – nine years to be exact – and likely will never do more than a vanity spot in the ring again, Regal was a fixture of WWE’s developmental system both on the screen and off of it, where he served as both an authority figure and a scout responsible for bringing performers like Pete “Butch” Dunn, Kevin Owens, and Finn Balor into the company. While much of this work was behind the scenes, as fans aren’t usually privy to which scout signs which performer unless it is explicitly mentioned on television, Regal’s time as NXT GM, which, when coupled with his emphatic “War Games!” shout, kept the “Gentleman Villain” a hero among fans who loved him as a performer and kept loving him even when his ring days were done.

Fortunately, Regal’s unemployment was shortlived, as he quickly appeared on AEW television and has slowly assembled a faction known as the Blackpool Combat Club that has taken the AEW world by storm. Featuring Jon Moxley, Bryan Danielson, Claudio Castagnoli, and Wheeler Yuta, the BCC currently hold a trio of belts across AEW and Ring of Honor – the AEW World Championship, the ROH World Championship, and the ROH Pure Championship – a win at Blood and Guts, and the status as the top faction in AEW, no matter how the Jericho Appreciation Society would like to posture themselves.

And yet, despite being in the middle of one of the more successful runs of his professional wrestling career, Regal hasn’t gotten over the fact that his former passion project in WWE, NXT UK, has come to an end, with the man billed from “Blackpool, England,” going to bat whenever someone suggests that the NXT spinoff was a failure.

AEW’s William Regal isn’t quite over how things ended for NXT UK.

When news initially broke that NXT UK was going on ice after the cross-over “Premium Live Event” special, Worlds Collide, and that the promotion’s belts were going to be unified with their American equivalents on the show, many a fan immediately turned to William Regal to see what he had to say on the subject. One of the most prominent British wrestlers of all time, Regal played a big part in bringing NXT UK into existence as a sort of pipeline of European talents into the WWE System, and while he asserted that it wasn’t perfect, he maintained that the sub-brand did a lot of good and treated its workers fairly. Read what Regal had to say on the matter on his Gentleman Villian podcast below via a transcription from Wrestling News.

“Whatever happened and whatever nonsense you think about whatever NXT UK was, NXT was a good, safe place for people to work. They got paid a weekly wage check which they never normally got. They didn’t get taken advantage of by promoters promising or holding certain things over them that promoters do. There’s people that will say, ‘Well, you killed British wrestling.’ Mate. I’m telling you, I went over there in 2016 for two weeks to check out the British wrestling scene and I found that it wasn’t what it was supposed to be. ICW was running a few shows a month. Progress was running one or two shows a month. Rev Pro was running one and sometimes two shows a month. I ended up going to All Star promotion shows just because I felt bad about not having enough shows to go to.”

“It was a myth that there was all this incredible stuff going on, when really there were companies running a couple of shows a month. But because they were on the internet, blowing their own horn and getting themselves put over in whatever form they could get put over, that there was a booming wrestling scene. Whereas when I actually met Pete Dunn and talked to him, he was working at a little working men’s club in England because he was one of them that went out and got work off a small promotion. The truth of it is Brian Dixon of All Star promotions, which is the person I used to work for, was running more shows than anybody, and because he doesn’t go on the internet and doesn’t care about any of that, he was still the most successful, and was the most successful promoter in British history.” 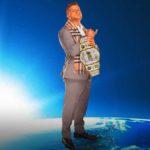 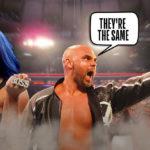 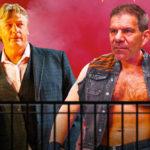 Though the run in NXT UK never quite lived up to the mystique, it did produce a number of legitimate stars like Pete Dunn, Walter/Gunther, and Tyler Bate, all of whom have five-star matches from Dave Meltzer, and set the groundwork for a new generation of performers that include Regal’s own son, Bailey Matthews, who goes by the name Charlie Dempsey in the WWE Universe. If that’s the legacy of NXT, then so be it, and if anyone, even Tony Khan, has an issue with Regal defending the promotion then, well, fire him if you must, as he declared again on his Gentleman Villian Podcast via a transcription from Wrestle Talk.

“So, if they want to try and take me up on this, take me up on it and if I get fired from the company I’m working for now for sticking up [for them], then so be it. ‘NXT UK’ was a passion project of mine, to give a decent place for British and European talent to get a pipeline so they could go to WWE and have the charmed life that I’ve had. If they don’t like that, then they can get stuffed … This was all done for the right reasons. How it’s played out is an unfortunate thing.”

Fortunately for Regal, considering the importance of the Blackpool Combat Club in AEW’s immediate future, I would assume his job is safe.