Ohio State quarterback C.J. Stroud orchestrated a standout 2021 campaign in what was his redshirt freshman year. After what he saw from Stroud last year, Ohio State head coach Ryan Day sees that the sky is the limit for the passer.

Day took some time to speak at Ohio State spring practice earlier this week, where he touched on what can be expected out of Stroud in his redshirt sophomore season later this year.

“At this time last year, he had not thrown a college pass,” Day said. “Now he’s got a whole year under his belt. You’re learning what to do. Now you kind of learn why you do it. There is a deeper understanding of things.

“There is a little bit of a rolodex of plays under his belt. We’re gonna look at some new concepts, too, and some things he can handle and maybe put a little more on his plate on the line of scrimmage. … It is exciting going into the season having somebody who’s played a whole year under his belt.”

Ohio State sure opened up the playbook for Stroud this past season. He was provided with the freedom to open up the Ohio State offense with downfield throws. More so, he added another dimension to the offense with his ability to break away for key gains on the ground.

After a season where he shined in Big Ten play and posted a prolific performance in the 2022 Rose Bowl Game win over Utah, Day believes that there are still areas for improvement with Stroud’s overall play.

“I think when you dive into C.J. you realize he’s highly motivated,” Day said. “Is he great yet? No, he’s not. But he’s on his way there. I think it’s that approach ‘I have to prove myself every single day.’ That’s just the way he was brought up and the way things have happened in his life. I expect him to be that way throughout this spring and into the preseason and then into next year.

“There is still a lot to prove.”

Ohio State will open up its 2022 campaign with a non-conference clash with Notre Dame. 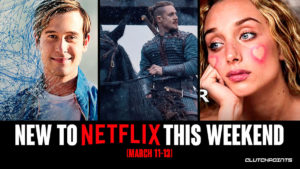