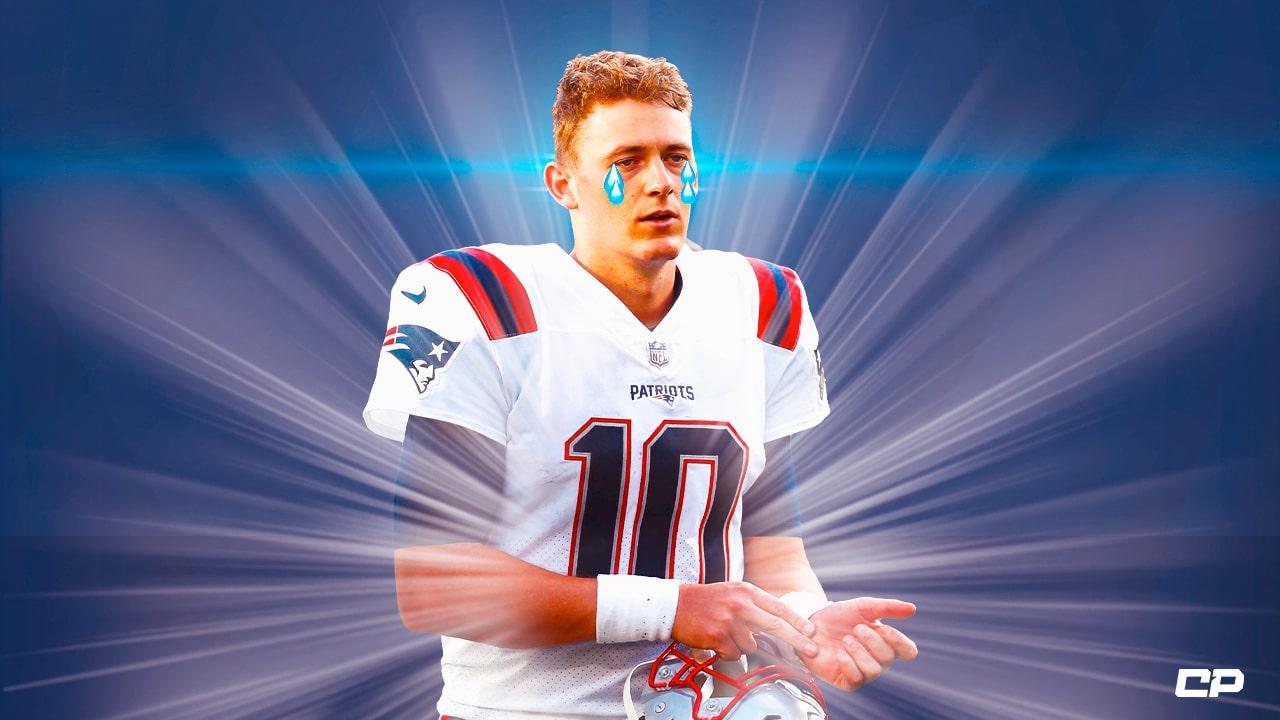 Mac Jones arguably not only had his best game of the season, but also of his career in the New England Patriots’ 33-26 loss to the Minnesota Vikings on Thursday.

The Patriots’ second-year quarterback completed 28-of-39 passes for a career-high 382 yards with two touchdowns with no interceptions, good for a passer rating of 119.8.

Even though Jones provided plenty of positives in Thursday’s game, there were multiple key moments where he and the Patriots’ offense failed to step up. They went 0-for-3 in the red zone against the team that held the worst red-zone defense in the league entering Week 12.

Jones also took three sacks at some of the worst times possible. He ate a sack during the two-minute drill at the end of the first half, causing the Patriots to call their final timeout. He took another sack on third down on the Patriots’ penultimate drive while they were seeking a touchdown to tie the game. And his final sack came when the Patriots were deep in their own territory and had no timeouts left in the final minute of the game.

Jones didn’t hide his disappointment in Thursday’s loss, but like many, he also saw the positives, saying that “there were some good things” with the offense’s performance on Thursday.

“Yeah, I thought we played with a lot of effort and toughness, which is the only thing you can control,” Jones added. “We left everything out there that we had. Everything else is out of our control. Just giving effort and having the right attitude is what we can control, so we did a good job of that.”

One of the missed red-zone conversions might not be all the Patriots’ fault. With the game tied in the middle of the third quarter, Jones threw a pass to Hunter Henry that the tight end appeared to catch, which would’ve been a touchdown. It was originally ruled a catch and a touchdown on the field, but after a long review, the call was reversed and the score came off the board. Because it was a thrid-down play, the Patriots had to settle for three points instead.

Jones wasn’t willing to make that call an excuse for the Patriots’ loss on Thursday, knowing that they had other opportunities to score outside of that situation.

“The refs have a job to do and they looked at the review and ruled it incomplete. So, we’ve got to move on from that play and play the rest of the game,” Mac Jones said. “There was plenty of time left and there were other times we could’ve punched it in and it wouldn’t have been an issue. So, kind of the same issue there. We did some good things but obviously not enough in the long run.

“One call can’t determine the outcome. We’ve got to be able to do better, so it’s not even close.”

Mac Jones on Hunter Henry's overturned TD: "We've got to move on from that play… there were other times we could've punched it in"

The ensuing field goal that Nick Folk kicked following that play were the final points the Patriots scored on Thursday. Jones believes that the Patriots’ offense has to improve when they face a steep hill to climb, such as when they had two chances to tie the game in the final minutes but fell short on both occasions.

“We’ve got to keep working and coming together and just keep working and build off adversity,” Jones said. “That’s the biggest thing for us is that we don’t want that smooth sail, we want that rocky wave, but we also want to have better results along the way. So, we’ve got to flip the switch here and figure it out.”

New England has some adversity coming up. After dropping to 6-5 on the season with Thursday’s loss, it faces the Buffalo Bills next week and still has games against the Miami Dolphins, Cincinnati Bengals, and the Bills again before the regular season ends.

Jones knows the challenge that awaits the Patriots beginning with next week.

“It’s a huge game. I think Buffalo’s a top team in the league,” Mac Jones said. “Obviously, they’re playing really well. When you watch crossover film and things like that — just a great team. We have to be able to play better to win. So, we know the challenge ahead.”