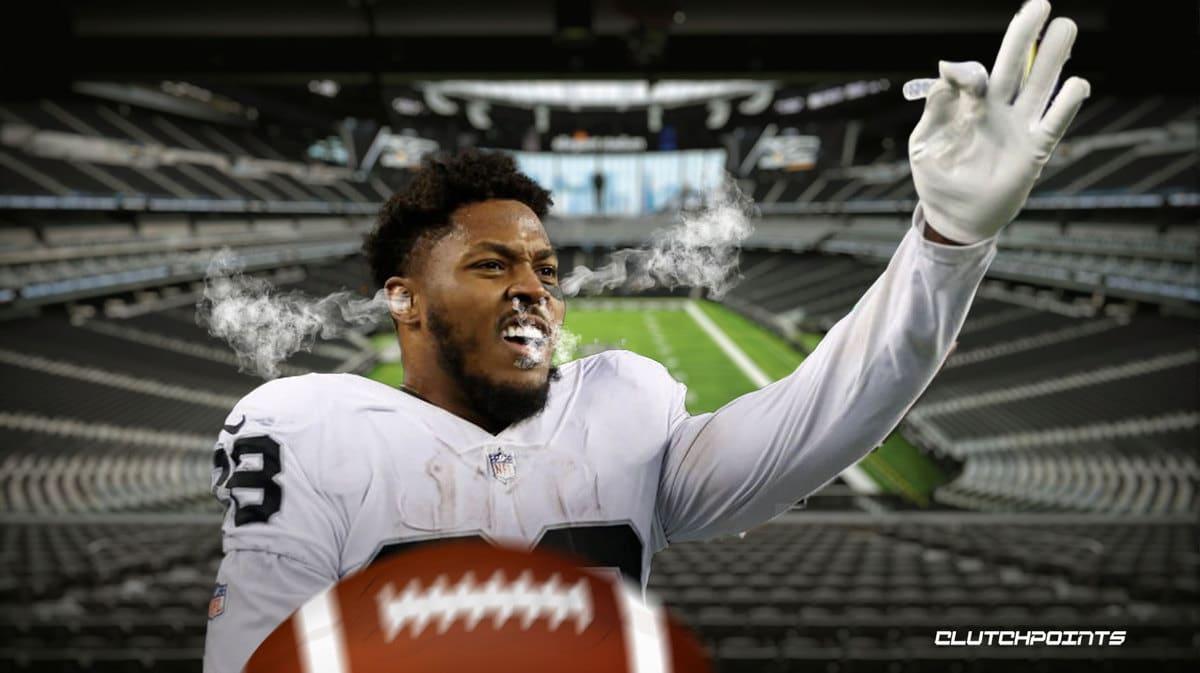 Las Vegas Raiders running back Josh Jacobs looked nowhere near like a man coming off a calf injury. Not with him making history on Sunday against the Seattle Seahawks.

Jacobs was the biggest thorn in the side of Pete Carroll and the Seahawks, dominating both in the air and on the ground to help the Raiders win. Even making things even better, he was the one who scored their game-winning touchdown off an 86-yard run in overtime.

The 24-year-old RB finished with two touchdowns in the contest. He led the team in rushing with 33 carries for 229 yards, as well as receptions with six catches on 74 yards.

86-yard run from Josh Jacobs to win the game! #LVvsSEApic.twitter.com/F4aSUw09MM

Apparently, though, no player ever has done what Josh Jacobs just accomplished for the Raiders. He is the first player in the 103 years of the NFL to top 220 rushing yards and 70 receiving yards in a game.

While Fantasy Football owners who have Jacobs were surely happy with his performance, the same goes for the Raiders who were searching for a reason to believe in the team after their early season struggles. It might just be one game, but the one-time Pro Bowler has certainly given the fan base renewed optimism as they try to keep their playoff hopes alive.

It remains to be seen if Jacobs can maintain the said production and help the Raiders extend their winning streak, but there is no doubt the confidence in the team is at an all-time high. Las Vegas plays the Los Angeles Chargers and Los Angeles Rams next.