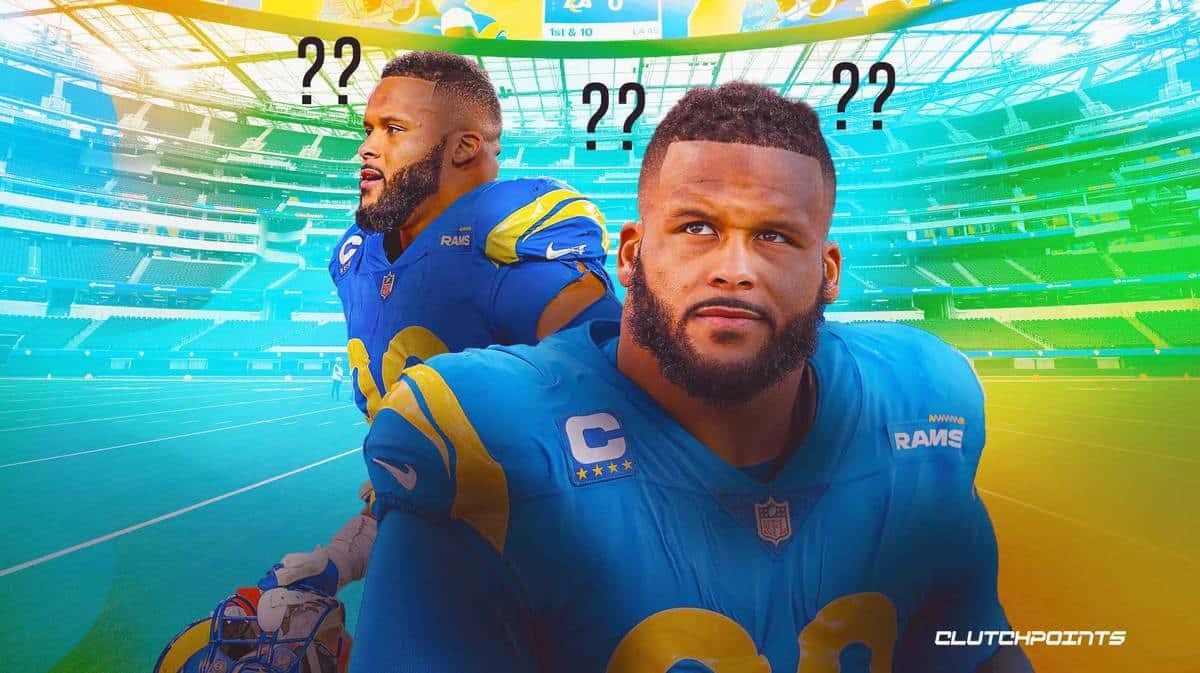 The injury woes just keep piling up for the Los Angeles Rams. Now, Aaron Donald is also dealing with a concerning ankle injury that could make their season much worse.

Donald reportedly has a high-ankle sprain and is set to meet with team doctors to determine the severity of the issue. The Rams hope to get more clarity on his condition by Wednesday, though it’s certainly a concerning development to a team already dealing with health issues to players like Matthew Stafford, Cooper Kupp and Allen Robinson.

The 31-year-old Donald has been one of the few bright spots for the Rams in an otherwise forgettable season. He has 5.0 sacks, 27 solo tackles and one forced fumble in the 11 games he has played in.

Hopes are high that his injury isn’t that serious, though it would be difficult for Rams fans to be optimistic after witnessing how injuries laid waste to what was initially a promising post-Super Bowl campaign.

More recently, Allen Robinson has been ruled out for the rest of the campaign because of his foot injury that needs surgery. He missed their loss to the Kansas City Chiefs in Week 12, and that’s when Sean McVay confirmed the unfortunate development.

As for Matthew Stafford and Cooper Kupp, their availabilities this 2022 remain a big question mark. Stafford is still dealing with a concussion, and it’s unknown if the Rams will even risk playing him again considering that it might be a lost season already. Kupp, for his part, is nursing an ankle injury and there have been talks that he could miss the rest of the year as well.

It remains to be seen how the Rams will navigate through the season with all the injuries. But for now, all they can do is hope for the best in the recovery of their key players.