Stephen A. Smith’s shocking admission on relationship with Allen Iverson 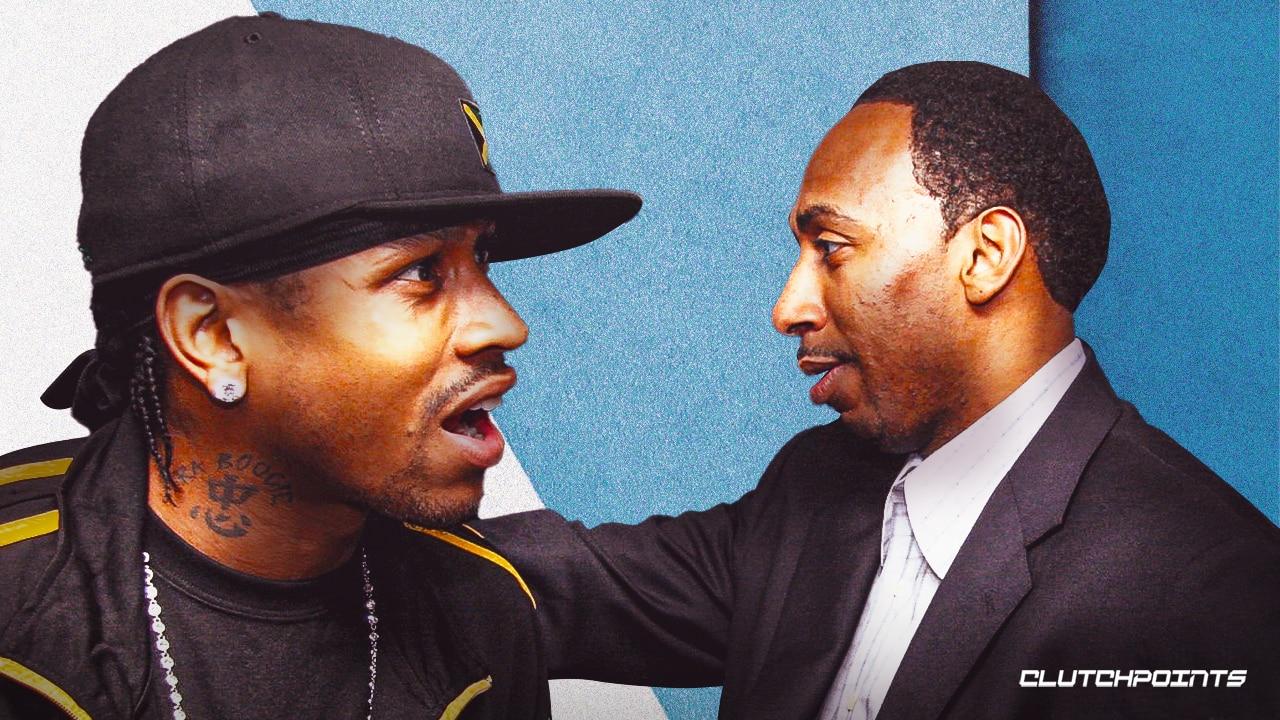 ESPN’s Stephen A. Smith possesses a voice that is difficult to ignore. The “ESPN First Take” star has built a reputation as a loud-mouth basketball pundit who will scream until his opinion is known. But Smith recently displayed a different side of his demeanor in an interview with former NBA star JJ Redick on Redick’s Youtube channel. Smith and Redick discussed a number of different topics, but it was an Allen Iverson story that stood out.

“It’s hard to admit this as an objective observer, journalist, commentator, all of this other stuff, but I love Allen Iverson,” Smith said. “He’s like a little brother to me.”

Stephen A. Smith explained how the two went through a lot together during Iverson’s time in the NBA and Smith’s time covering the 76ers. Smith then discussed an incident that led to them not speaking for two years.

“His last stint with the Philadelphia 76ers, we didn’t speak for two years because he was upset that I had written an article about him. He was away from the team, you know, supposedly his kid was sick or whatever. But then they saw him partying. He didn’t know know any of this but one of my editors said ‘I thought you said Allen Iverson was with his family.’ I said ‘he is, that’s what he told me.'”

Smith followed by stating that the editor showed him a video showing Iverson at a party. The editor then told Smith that he either needed to write an article exposing Iverson or the department would. So Smith felt forced into writing the piece on Iverson.

“And he (Iverson) was incredibly hurt,” Smith said. “And we met up. He said ‘I don’t care about the article. It’s that it came from you.’ And when he said that, I felt this small.”

Iverson and Smith have mended their relationship since the incident. But this was one of the biggest regrets of Smith’s career.