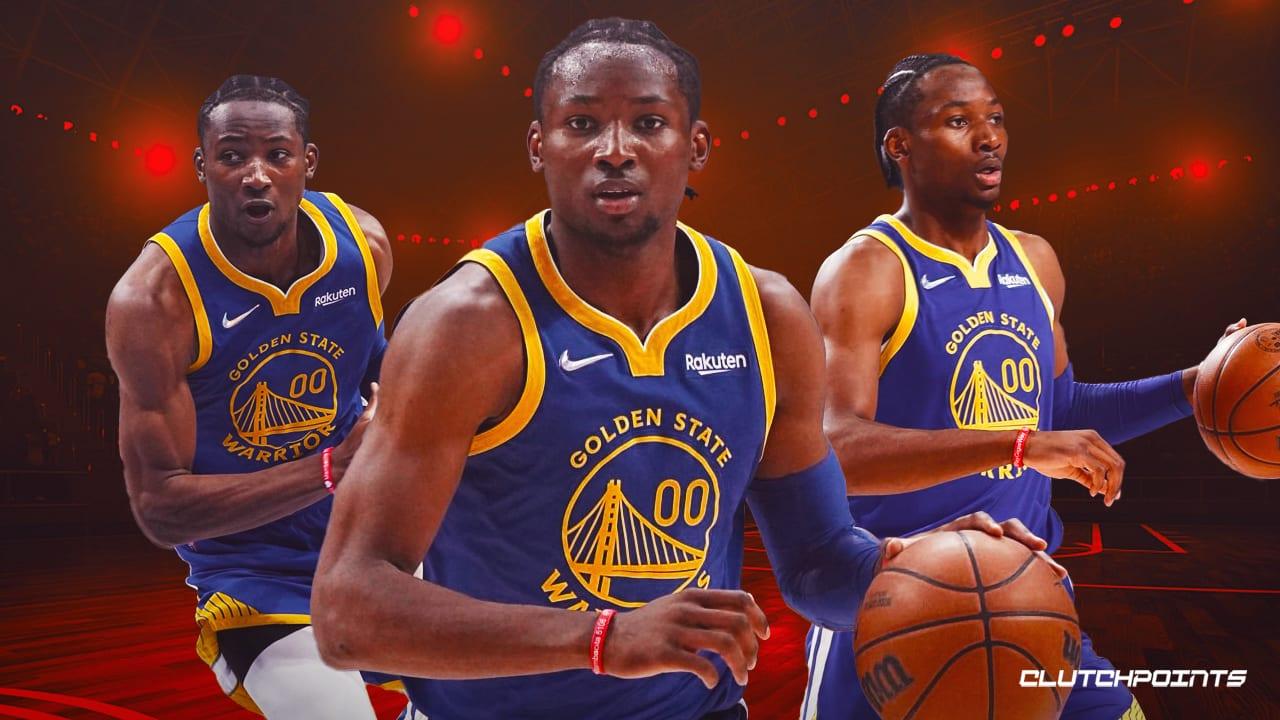 Jonathan Kuminga followed up an eye-popping debut at Summer League last July with an extremely promising rookie season. But he was a bystander during the Golden State Warriors’ championship run, garnering mostly garbage-time minutes in the playoffs despite starting three games against the Memphis Grizzlies in the second round.

Don’t take Kuminga’s barely-there postseason role as any evidence of the Warriors souring on his long-term potential, though. As Golden State tips off Las Vegas Summer League action on Friday night against the New York Knicks, expect to see the 19-year-old take center stage as his team’s undisputed alpha dog.

“Now he’s back with us, and we’re sort of ready to unleash him on Summer League,” Warriors Las Vegas coach Jama Mahlalela said on 95.7 The Game. “He just looks really good so far. He’s playing with real force up and down the floor, his workouts are really high intensity, and I think that bodes well for these Summer League games for him, too. Him taking a step in terms of his leadership, his consistency, but then bringing that unbelievable athleticism and size to the court will be really huge for us.”

Kuminga is poised to play on Friday after re-joining Golden State in Sin City earlier this week. He went back to his native Congo after the season ended, spending time with his parents and supporting his brother’s tenure with the Congolese national team.

Kuminga participated in a 5-on-5 scrimmage on Thursday, reportedly standing out among an impressive group of Warriors Summer Leaguers that includes Moses Moody and James Wiseman.

Kuminga looked like he is clearly on another level. As he should. Again, only saw a little scrimmage. But I don’t imagine he will play much summer league.

Sounds like the expectation is Jonathan Kuminga will play in the Warriors’ summer league opener in Vegas tomorrow night against the Knicks. He looked good in a scrimmage today that included James Wiseman.

Kuminga will occupy a much different role with Golden State in Las Vegas than he does during the regular season. He’s still at least a couple years away from shouldering a heavy offensive burden with the Warriors, instead tasked with taking advantage of mass defensive attention paid to Steph Curry by finishing with authority around the rim, knocking down open triples and sprinting the floor in transition.

Still, in a perfect world, Kuminga’s moonlighting as a primary offensive option this summer will be a harbinger of what’s to come when Curry and company are ready to pass him the torch. Get your popcorn ready, Dubs fans. Kuminga seems ready to put on a show.