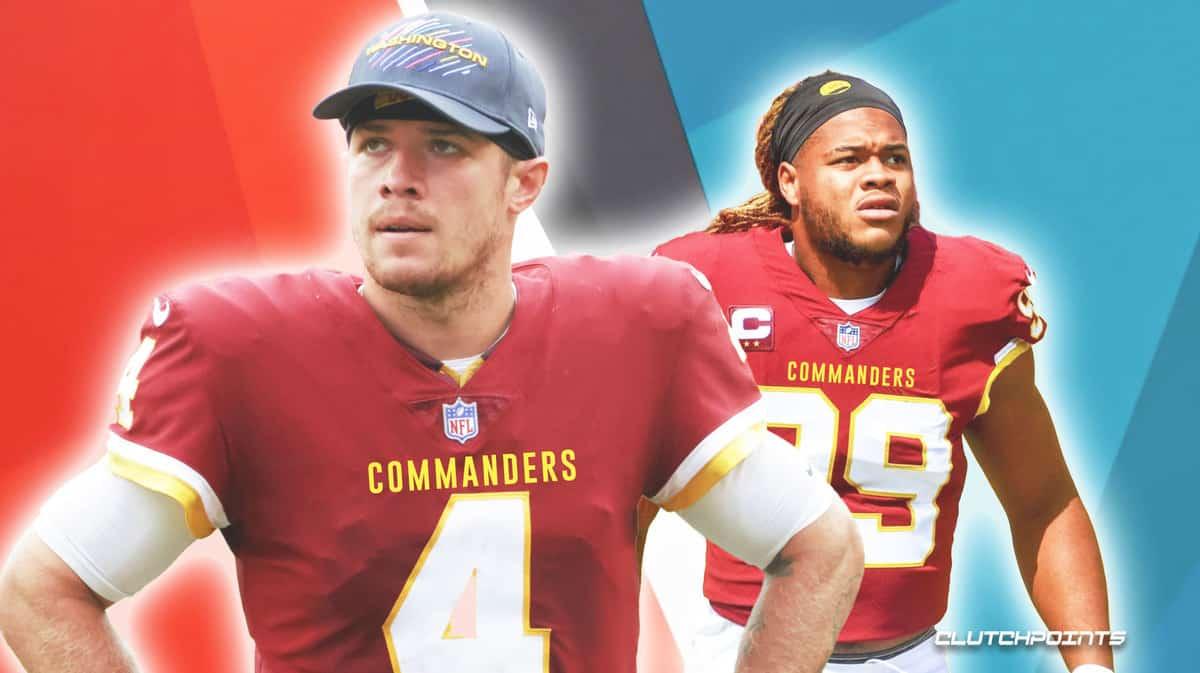 The Washington Football Team are set to debut their official name Tuesday, but onlookers got a solid proof that they’ll be adopting the “Commanders” moniker before the official announcement.

Twitter user Chopper4Brad got the scoop when he spotted what seems to be a banner bearing the name “Commanders” from an aerial view.

#SpoilerAlert: Hail to the #WashingtonCommanders#WashingtonFootball#HailYeah#BREAKING#NFL#washingtonfootballteampic.twitter.com/ibajnDNHL1

For what it’s worth, Joe Theismann leaked the name on Monday when he discussed his hope that the “Commanders” nickname would be embraced by the city and the fans. While it was unclear that time whether the NFL legend is merely speculating or has insider knowledge of the decision, it seems he indeed knew what was going on behind the process of choosing a nickname.

The Washington Football Team retired its Redskins moniker in 2020 amid issues about it being offensive. They have since used a neutral name as they work on changing their name and rebranding the image of the club.

By the looks of it, after a long process for the ownership and wait for the fans, they have finally decided to use the Commanders. It doesn’t really sound bad at all, but it’s up for Washington fans whether they’ll love it and grow accustomed to it.

For now, welcome your Washington Commanders!