There was plenty of skepticism surrounding the Chicago White Sox and their decision to hire Tony La Russa to be their manager. That skepticism has proven warranted thanks to a series of questionable decisions to start the season, plus a recent report suggesting some in the clubhouse are already losing their patience with the Hall of Famer.

La Russa was at the center of some controversy again on Wednesday afternoon in Chicago’s 1-0 loss to the Cincinnati Reds in 10 innings. The White Sox manager was totally unaware of a specific rule involving runners in extra innings:

This is what’s on https://t.co/YLJsKuHKXZ’s site about the extra-runner rule. La Russa said they weren’t aware and thought it had to be the previous batter no matter what. Said they wanted García to steal second, rather than it being his own call pic.twitter.com/B2U9qXZkjq

Tony La Russa did not know that he could have used Jose Abreu at second base as the free runner instead of closer Liam Hendriks. Was informed of an amendment to rule by @JRFegan. "I'm guessing you know the rules better. Now I know," he said.

The White Sox had closer Liam Hendriks as the runner on second base in the top of the 10th inning after he pitched in the bottom of the ninth and took the spot in the batting order of Andrew Vaughn, who ended the top of the ninth by hitting into a double play. Yasmani Grandal walked to put runners on first and second, and then Leury Garcia grounded into a fielder’s choice. This put Hendriks on third and Garcia on first. Garcia was promptly caught stealing with Billy Hamilton at the plate and Hendriks not going anywhere, and Hamilton struck out to end the inning.

The Reds went on to win the game in the bottom of the 10th. 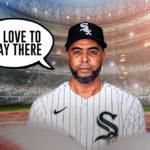 Nelson Cruz shoots free agency shot with White Sox: ‘I would love to play for them’ 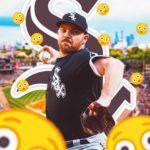 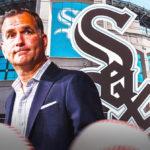 The White Sox are still 16-13 on the season despite La Russa’s incompetence and a slew of key injuries. The team is ridiculously talented and should still win the AL Central thanks in large part to a terrific pitching staff. Chicago is currently just a half-game back of the first-place Kansas City Royals.

Still, La Russa’s poor decision-making and apparent ignorance of rules have cost the White Sox multiple games already. This could become a problem down the line when jockeying for playoff positioning, and it could also crop up in key playoff games.

Obviously, Chicago is hoping that won’t be the case.