After spending basically his entire WWE career as the heavily-scripted mouthpiece for Vince McMahon, Michael Cole has been freed up to actually commentate matches and express his personality on the mic for the first time since, well, probably 1999, when he was chosen to be the play-by-play commentator for SmackDown.

The fans have finally turned the corner on a man many once considered the worst mic man in the business, fellow announcers like Corey Graves have commented on how Cole’s word improved exponentially, and even the man himself has expressed just how excited he is to be able to do his thing without having basically every word written out in advance. Fans have been lauding Cole’s on-mic adjustments, especially during his inspired call of Roman Reigns-Brock Lesnar at SummerSlam, and not even swapping out Pat McAfee for Graves could take that away.

So what has Cole decided to do now that he can work the mic more like, say, John Madden on Fox than John Madden in his namesake video games? Well, Cole’s been shouting out fun pieces of trivia from performers in any given match’s history.

His most recent shoutout? Pro Wrestling Guerrilla. That’s right, while discussing the history between Ricochet and Sami Zayn, Cole mentioned that the duo first met in a match at PWG more than a decade ago; a decision that inadvertently inserted Kenny Omega, “Hangman” Adam Page, Excaliber, and the Young Bucks into WWE history.

With that being said, there is a problem with Cole shouting out PGW in Anaheim, which, coincidently enough, is just a few miles away from where the promotion puts on shows: Zayn never played wrestled in PWG. That’s right, technically, Zayn never wrestled a match until he joined the WWE Universe, but his good friend El Generico did wrestle Ricochet on five occasions in the promotion, including in a tag team match together versus the Bucks for the PWG Tag Team Championship. Maybe Cole just got the names mixed up? 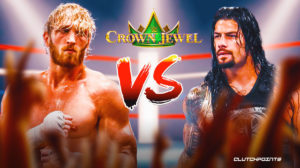