Has Sasha Banks’ free agent date from WWE been revealed? After months of rumors, speculation, and internal reporting that hasn’t quite resulted in tangible updates, fans the WWE Universe over have one simple question: Is Sasha Banks – and Naomi – still employed by WWE? Has the promotion officially released their most recent Tag Team Champions, with only a 90-day non-compete clause standing between their returns to the ring, or has the promotion opted to play hardball and fight like heck to keep the performers known to their families as Mercedes Varnado and Trinity Fatu from jumping ship to another promotion?

Sure, Varando has officially booked an appearance at the Comic & Entertainment Expo, an appearance that will reportedly cost $30,000 according to Fightful Select, but that’s a signing for fans of wrestling/The Mandalorian, not an in-ring performance featuring the multi-time champion. When will “The Boss” be back in the ring, one owned by Vince McMahon or otherwise?

Well, based on her conversations with interested wrestling promotions, at least according to Wrestle Puristsvia Fightful Select, Varando will only be taking non-wrestling appearances until January 1st, 2023. 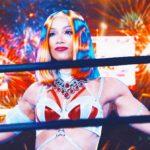 Mercedes Moné’s World Tour Will Be Spectacular After NJPW Debut 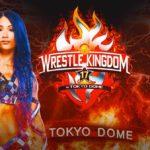 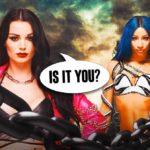 Saraya believes Sasha Banks will be successful anywhere, even in AEW

Wrestling-related promoters that attempted to book Mercedes Varnado (Sasha Banks) were told that she was only taking non-wrestling related bookings until January 1.

Hmm… interesting. Does Varando simply want to keep her bookings manageable, avoiding commitments that are not too far into the future? Or is January 1st the date that her contract with WWE expires, allowing her to move over to AEW, Stardom, Impact, or… okay, it’ll be AEW if it’s anywhere, and immediately enter the ring Adam Cole at All Out-style? Considering how big of a pop Cole received for that interaction, one can only imagine how excited folks will be to see “The Boss” back, even if she’s performing under another name. I guess we’ll have to collectively see how it shakes out.