Sami Zayn on getting ‘Ucey’ with the WWE Bloodline If there’s one thing WWE fans should be thankful for in 2022, it’s Sami Zayn. Though he started off the year nondescript enough, feuding with Johnny Knoxville in a comedy angle that ultimately paid off in a very unusual match at WrestleMania that featured mousetraps, bowling balls, and other Jack*ss-style shenanigans, Zayn teamed up with The Bloodline shortly thereafter and, against all odds, found a home in the familial faction. He slowly but surely won over (almost) every member of the group, from Paul Heyman all the way up to Roman Reigns, and even if Jey is still on the fence about being Zayn’s friend – unless it involves Waffle House – it’s clear the WWE Universe has embraced The Honorary Uce like he’s a real member of the Anoa’i wrestling family.

So what gives? Did Zayn expect for this angle to become a runaway hit a little over six months ago? Fortunately, Zayn was Corey Graves’ guest on the After The Bell podcast this week and discussed how the initial idea evolved into something beyond even his own wildest dreams, as transcribed in part by The Wrestling Observer.

“I definitely saw the potential from the get go,” Zayn said. “It’s not something that you predict ahead of time, or it’s not something that you think you want to see or something that you even think would make sense. But in execution.. and that’s what I think this whole thing has come down to is the execution of it all more than it is the concept because the concept is a bit strange. The Bloodline is a family, and here is this person who is clearly not family, and the whole thing doesn’t make sense on paper. It’s a perfect example of when things work in execution more than they do on paper.”

“There’s so many things that I think you can say the same about. The easiest one that we often fall back to is, just as an example, The People’s Elbow. If you wrote down, ‘Rock comes up with a new move called a People’s Elbow where he stands over the guy and does this,’ I mean, it doesn’t read like something that’s going to become iconic, but it’s the execution and the performer, and the time and the place and all these variables that make it magic and make it special.”

“So, I’m not entirely surprised at the success of the segments or whatever that we’ve done, but it has still exceeded my expectations. Like, I knew they would be good, I just didn’t know the fans would take to it the way they have.”

Zayn went from a dependable mid-carder into someone who will be a certified fixture of WrestleMania 39 thanks to this angle, and that, folks, is pretty gosh darn cool.

Why does @SamiZayn and #TheBloodline work? Sami joins @WWEGraves and @kev_egan on #AfterTheBell this week to explain! Listen now on @Spotify or wherever you get your podcasts!

Later in his After The Bell interview, Zayn dug a little deeper into the process of joining a very established act and how their shared commitment to the angle turned it from a throwaway storyline into something truly special. 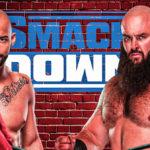 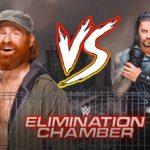 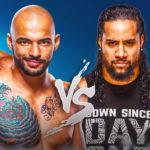 “It’s commitment, and it’s also the contrast between the Usos and Roman, and what they were doing,” Uso said. “Also, they had a year, maybe more, a year and a half, to really simmer and establish these characters. So to have I in the last three or four years, maybe five years since I switched to the bad guy kind of role, but especially the last few years to really let my character simmer and harden and get established. You have these two very clearly defined acts and the dynamic between these two acts that are established that is so fun and interesting. We’re all committed to it and we know who we are.”

“I don’t know what it is, I think it’s a testament to what I created before I got into the Bloodline and what they created before they got to this point. Now, when you take these things that are established, two well-established and well-defined acts, mix them, and it doesn’t sound like it should mix on paper, but you see the execution, ‘oh this is so enjoyable,’ that makes it work.”

Considering the moment when Zayn received his Honorary Uce shirt may just go down as the best non-wrestling segment of the year, and the term “Ucey” has become an instant classic that will be shouted by crowds at members of the Anoa’i family for years to come, it’s clear this angle has the potential to outlast their in-ring union.