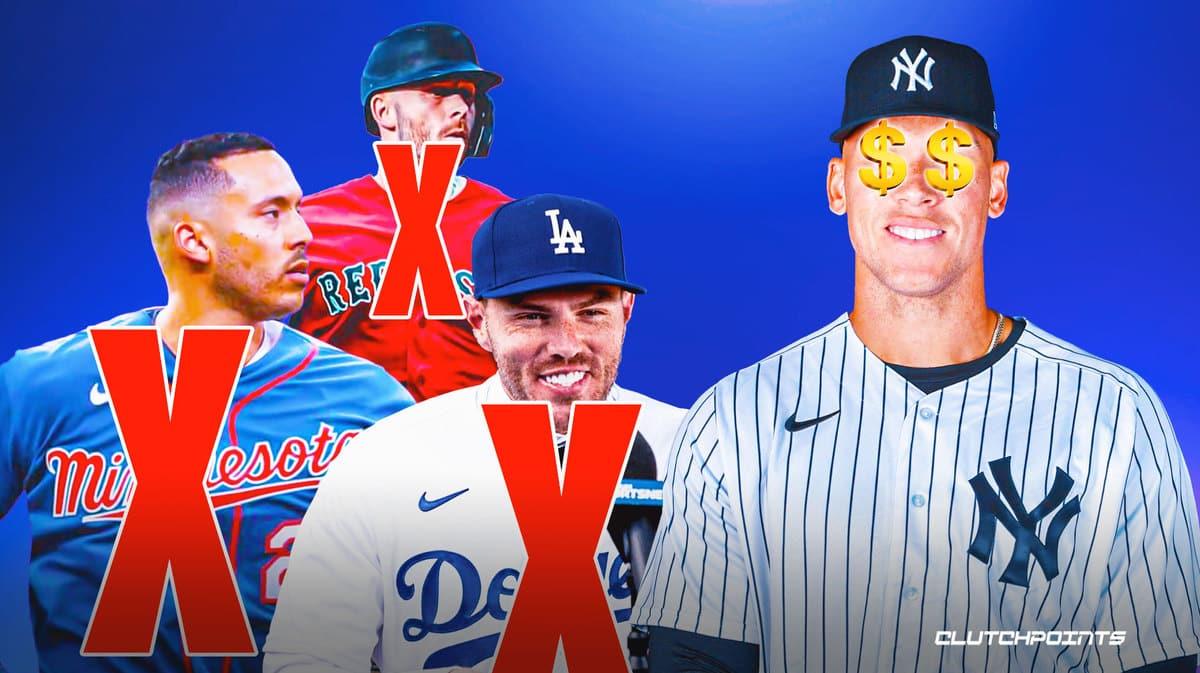 The New York Yankees are reportedly prepared to make a move that might salvage their otherwise underwhelming offseason. New York is expected to offer superstar outfielder Aaron Judge a long term extension very soon. This was apparently their plan all along and was a factor in deciding to not pursue players such as Freddie Freeman, Carlos Correa and Trevor Story.

Judge is 29 years old and is fresh off of a season that saw him hit .287 along with 39 home runs and 98 RBI’s. He has mashed ever since he entered the big leagues despite dealing with a number of injuries. Judge clubbed 52 home runs in 2017 while also driving in 114 runs. He finished second in MVP voting to Jose Altuve in a controversial decision.

However, there was no question that this was a star on the rise.

But Aaron Judge was limited to under 30 home runs in both 2018 and 2019 due to various injury concerns. However, the power never left as he still blasted 27 home runs in each season despite not playing in more than 112 games in either year. Judge had similar issues in the shortened 2020 campaign, but 2021 told a whole different story. He finally remained healthy and smashed 39 homers as aforementioned.

His bounce back campaign has the Yankees fully-prepared to make a massive, multi-year offer to their star middle of the order bat. Judge has stated that he would like to stay in New York, but nothing is imminent at this juncture. Judge has also declared that if no deal is worked out by Opening Day then extension discussions will come to a halt since he wants to focus purely on baseball during the season.

So the New York Yankees will need to work fast if they want to lock Aaron Judge up for the long haul.