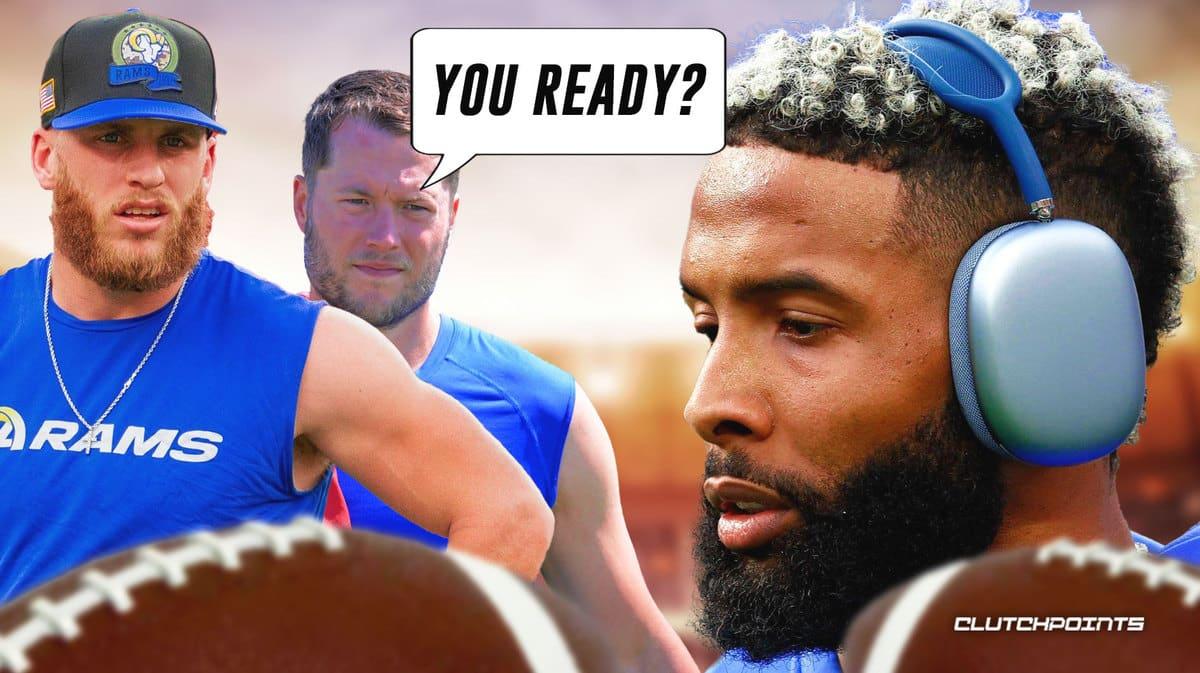 Following a Super Bowl victory last season, the Los Angeles Rams have gotten off to a slow start to the 2022-23 season. Led by Matthew Stafford, they currently sit at 3-6 and are fourth in the NFC West.

Many believed that with Stafford, Cooper Kupp, Aaron Donald, and Sean McVay leading this team, they would be right back in the conversation to win a championship. But unfortunately, that has not been the case. Injuries, poor play, loss of significant playmakers, and what appears to be an all-out Super Bowl hangover have derailed the Rams season.

Now, to make matters worse, the Rams have lost arguably their most important player in Kupp.

Last season’s leader in receiving yards, receiving touchdowns, and receivers has landed on the injured reserve with a high ankle sprain. His contributions will be missed immediately on this Rams offense.

Through nine games this season, Cooper Kupp ranks second in receptions with 75 and fifth in both receiving yards and touchdowns with 812 yards and six touchdowns.

With Kupp once again carrying the Rams offense, the rest of the pass catchers have struggled to perform anywhere near his level.

Allen Robinson is still finding his footing in the Rams offense. He has totaled just 29 receptions for 292 receiving yards and two touchdowns this season.

Van Jefferson is slowly making his way back into the offense after recovering from off-season knee surgery. He made his biggest impact of the season in Week 10 where he recorded three receptions for 27 yards and one touchdown.

At times this season, the second-year wide receiver Ben Skowronek has looked like a reliable option for the Rams. He has recorded 26 receptions for 245 receiving yards.

But if the Rams hope to get their season back on track, it may take adding a familiar face to this offense. Odell Beckham Jr. could be exactly who they need to stay afloat in the absence of Cooper Kupp.

Beckham suffered a torn ACL during the Rams Super Bowl win. After spending time working to return to the field, it appears that he plans to soon sign with a team. A potential reunion in Los Angeles could be good for both sides.

2. He knows the Rams offense

When Odell Beckham Jr. arrived at the Rams in a midseason trade in 2021, the veteran wide receiver underwent a career resurgence.

Beckham spent two and a half seasons with the Browns. During that time, he looked like a different player than he was with the New York Giants. In 29 games with the Browns, he recorded 114 receptions for 1,586 receiving yards and seven touchdowns. On the ground, he added 96 rushing yards and one touchdown on eight carries.

Things reached an all-time low with the Browns in 2021. In six games, Beckham recorded just 17 receptions for 232 receiving yards.

But once he arrived in Los Angeles with the Rams, Beckham resembled the player he once was. In eight regular season games, he recorded 27 receptions for 305 receiving yards and five touchdowns.

Beckham played a massive role in the Rams making their Super Bowl run. In four postseason games, he recorded 21 receptions for 288 receiving yards and two touchdowns. This includes the first touchdown of the Super Bowl.

With the trade deadline coming and going, the Rams will have to either look within the team or free agents to help improve this group. The player that makes the most sense is Beckham himself. He has proven he can still produce and is familiar with the team.

1. Beckham has something to prove

Now at 30 years old, and coming off of a torn ACL, many are wondering what Beckham has left in the tank. But he seems set on showing that he can still perform at a high level.

Entering what will be his ninth season, Beckham has put together a strong resume. The former LSU Tiger has recorded 531 receptions for 7,367 receiving yards and 56 receiving touchdowns over 96 career games. He is also a former offensive rookie of the year and a three-time Pro Bowler.

Given that he can still play at the level that he once did, he could help an offense become elite. He has the potential to make big plays and is a more than proven option at receiver.

With Kupp gone, the Rams will be missing a receiver who can stretch the field. Beckham could step in and fill that role for them immediately.

If the Rams can put themselves into a position to return to the playoffs, Kupp could also return just in time to help this team. A potential wide receiver trio of Allen Robinson, Odell Beckham Jr, and Cooper Kupp could help this offense reach new levels when it matters the most.