4 Colts most to blame after heartbreaking Week 11 loss vs. Eagles The Indianapolis Colts failed to build on their Week 10 win after they fell short to the Philadelphia Eagles, 17-16, at home in Week 11 of the 2022 NFL season. Now at 3-6-1, the Colts are still in second place in the AFC South. Here are the four Colts most to blame for their Week 11 loss vs. the Eagles.

Last week, the Colts made it a priority to get the ball to Jonathan Taylor, and the same was true this week as the Colts built a 13-3 lead heading into the fourth quarter. Taylor was sensational in the first half with 11 carries for 64 yards and a touchdown. However, he was shut down in the second half as the Eagles attempted a comeback. Taylor ended the game with 22 carries for 84 yards.

Still, even with just 1:13 remaining in the game, the Colts still had a chance to win the game. However, Eagles DE Brandon Graham sacked Colts QB Matt Ryan on a third-and-9 from their own 40-yard line. As a result, Indy was forced into a fourth-and-long scenario. The Eagles defense then held the line as the Colts failed to convert.

Let us look at the four Colts most to blame for their Week 11 loss vs. the Eagles.

Colts RB Jonathan Taylor tallied 49 yards on seven carries during Indy’s very first drive. That was an extremely strong start. After that, though, he had only 15 carries for 35 yards.

From a big-picture perspective, though, Taylor’s yards per rush decreased from last week’s game against the Las Vegas Raiders. The All-Pro back only averaged 3.8 yards per attempt in this low-scoring loss to the Eagles.

Taylor just struggled to find much running room for the Colts offense on Sunday. The running back scored in the first quarter but was otherwise stymied by a strong Eagles defensive effort. Taylor will have his job cut out for him again in a Week 12 Monday night home game against the formidable Pittsburgh Steelers run defense.

When the Colts scored to start the game, it appeared that the offensive line set the tone for the rest of the contest. They were allowing Jonathan Taylor to run and giving Matt Ryan time to throw the ball. By halftime, they had only allowed one quarterback hit and zero sacks.

It was a night and day difference when the second half came along, though. The Indianapolis offensive line simply could no longer generate any push against the Philly defensive front. Throughout the afternoon, in fact, the Eagles forced seven tackles for loss.

As the game progressed, the pass protection just kept getting worse. Ryan began to be targeted often by Philadelphia. After just allowing one quarterback hit in the first half, the Eagles ended with eight quarterback hits on Ryan. He also got wrapped up four times. That set the tone as Philly grabbed control of the game in the second half.

Another item that hurt the Colts was penalties by the offensive line, which we’ll discuss in more detail shortly.

Looking ahead, this unit’s task will be made even more difficult when they face the Steelers in Week 12. Keep in mind that Pittsburgh has TJ Watt and Cameron Heyward, who will both present big problems for the Colts.

One guy who stood out in a negative way was left tackle Bernhard Raimann, who pretty much had a lot of “learning experiences” in this matchup. He allowed too much pressure on Ryan and also heavily contributed to the aforementioned penalties.

Speaking of penalties, it’s time to bring these missed opportunities and blunders to light. Two penalties on Raimann ruined two drives in the opening half of the game. A holding call was issued to the rookie tackle, resulting in a third-and-one situation. On the following drive, he was flagged again, this time for being ineligible down the field on a play that would have given the offense a first down.

Following the turnover on downs, the Colts made another streak of poor decisions. Michael Pittman Jr. was caught holding after a Matt Ryan sack on first down. That just put the offense in a very deep hole. 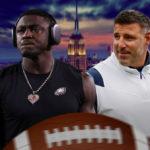 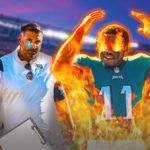 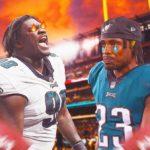 Perhaps the costliest penalty was the defensive pass interference against Zaire Franklin. Due to that call, Philadelphia took the ball from their own 33-yard line and advanced it all the way to the Indianapolis 28-yard line.

The final penalty against Indy occurred on what may have been the game-winning drive. A third-down sack put the offense in fourth-and-16 territory, but Will Fries was called for a false start. That forced Indy back five yards.

When the smoke cleared, the Colts were penalized a total of eight times for 90 yards. That just won’t cut it, especially against elite teams like the Eagles.

Objectively speaking, the Colts just do not have a consistent and reliable offense, which just makes it really tough to win football games. Once again, their penchant for missteps and penalties reared its ugly head and cost them what could have been a gargantuan upset.

And when an offense struggles, it’s inevitable to assess the QB. In this case, Matt Ryan was unable to make much of an impact via the air against a tough Eagles defense. He averaged only 6.7 yards per attempt on the day. Ryan surely would like to have some plays back, especially those sequences where hesitation led to getting sacked. He just struggled to gain traction after that first drive and has only had one game with multiple touchdown passes since Week 5.

This performance underscored how the veteran signal-caller has labored in a fairly conservative offensive scheme. In fact, he has averaged just 217.5 passing yards per game under new head coach Jeff Saturday. We’ll see if there’s a change in the headwinds facing him as the next few weeks come along.