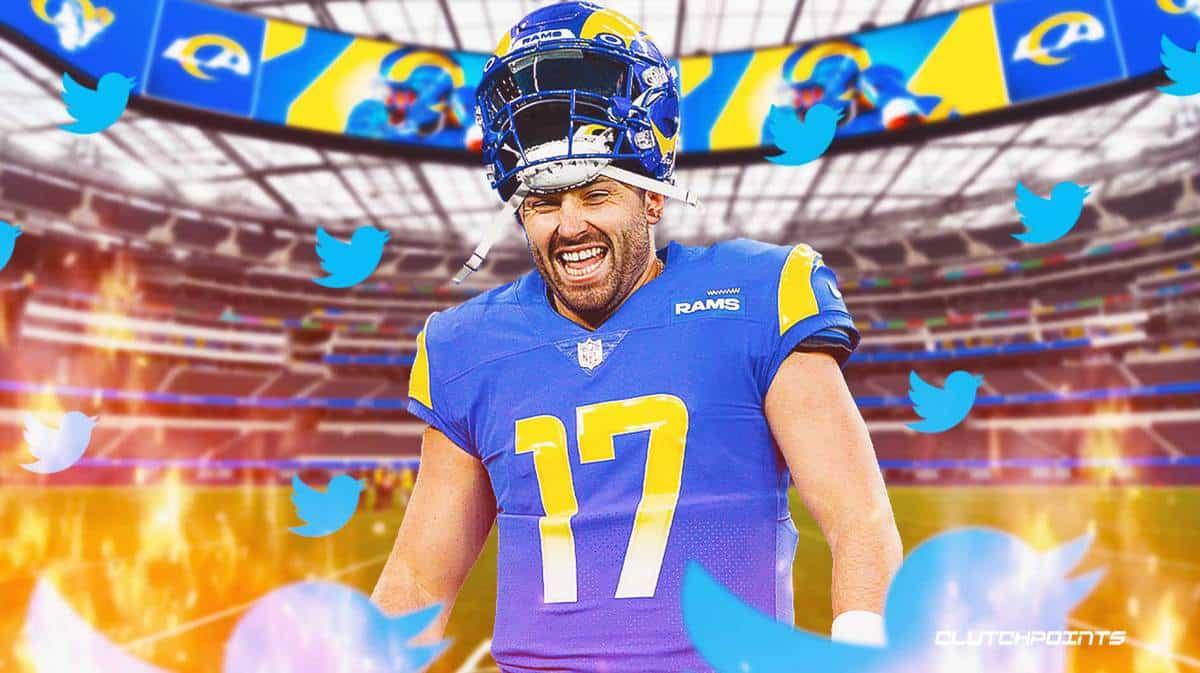 The Los Angeles Rams haven’t been able to muster a season worthy of a title defense. Entering their Thursday night game against the streaking Las Vegas Raiders, the Rams have only mustered a 3-9 record, one of the worst records in the entire league. To make matters worse, the Rams lost QB1 Matthew Stafford to a back injury, forcing them to call upon Baker Mayfield off the waiver wire.

And Mayfield, against all expectations, delivered for the Rams, emerging as a bright spot in what already is a lost season.

Down 16-3 against the Raiders late in the fourth quarter, Baker Mayfield put the Rams on his back. Mayfield led a 17-play, 75-yard  drive culminating in a Cam Akers TD to cut Las Vegas’ lead to seven. After a stellar defensive drive forcing the Raiders to punt, Mayfield then proceeded to carry the Rams to the finish line with a 98-yard touchdown drive, throwing a 23-yard pass to Van Jefferson to set up what would be the decisive points.

And NFL Twitter erupted due to Mayfield’s heroics. Who doesn’t love a good underdog story, right?

Chef Mayfield cooked them Raiders! Great game after only 2 days with his new team. Way to go! @bakermayfield#BoomerSooner#HeismanHouse

A statement by Baker Mayfield… clearly he wasn’t the biggest problem here in Carolina. 2 days in the offense in LA and already winning games for his new team. 🤦🏽‍♂️ A 98 yard game winning drive led by Mayfield? Seriously!!! 😳

This kind of late-game heroics is extremely impressive coming from anyone, much less from someone who’s only had two days to absorb the team’s playbook and get acclimated to his new surroundings. Still, Baker Mayfield’s talent was in full display; there’s a reason he was drafted first overall in 2018.

His stock may have dipped this season due to his and the Carolina Panthers’ struggles, leading to his eventual release, but some fans know that he wasn’t particularly the problem in Carolina.

Seriously though, while it sucks things didn't work out in Carolina I wish Mayfield nothing but the best. Dude went into a floundering team with 2 days prep and pulled out a miracle. Good for him.

Why are the Carolina Panthers so bad.

Bro Baker Mayfield was not supposed to be allowed to do that.

Props to Bobby Wagner and that defense though. Raiders couldn't get a point after half.

So wait, the Panthers release Mayfield, and he balls out for the Rams, leading a come from behind win. How am I supposed to feel about this?

I’m happy for Baker Mayfield. He got the boot in Cleveland after a sexual predator was chosen over him and after being waived by the Panthers. 2 days after signing with the Rams, he leads his team to victory. Well done! #RaidersvsRams#TNF

Could this be the start of a career revival for Baker Mayfield? Perhaps. He will have plenty of opportunities to rehabilitate his stock, especially with Matthew Stafford expected to miss a considerable amount of time due to injury.