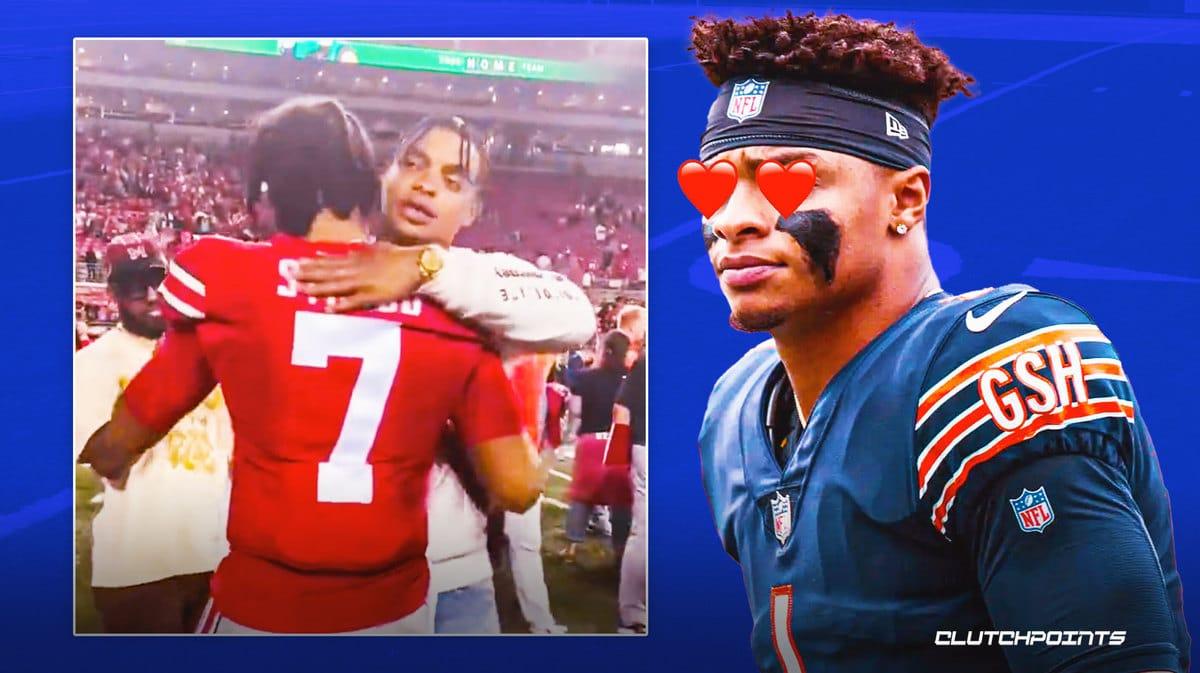 After watching his Ohio State Buckeyes edge the Notre Dame Fighting Irish on Saturday, Chicago Bears quarterback Justin Fields made sure to acknowledge the man who made the win possible: CJ Stroud.

The young quarterback completed 24 of his 34 passes in the game for 223 yards and two touchdowns. While the offense struggled at the beginning–being limited to just seven points in the first half–the Buckeyes turned the tables in the second half behind Stroud.

Ohio State ended up taking the 21-10 win, with the defense doing their share as well by preventing the opponents to score in the second half.

Following the win, Fields went to the field to meet up with Stroud and share a moment together.

It’s certainly nice to see a former Ohio State QB giving some love and recognition to the current signal-caller of the team. If anything, that should only give CJ Stroud the confidence to improve his game and take it to the next level.

Justin Fields won’t have a lot of opportunity to attend games with the 2022 NFL season starting soon, so it makes it more special that he was there to support Ohio State.

The Bears open the season next Sunday against the San Francisco 49ers. There are high expectations on the team after a poor run in 2021, with many hoping they can get back to playoff contention.