As the Phoenix Suns demolished opponent after opponent in the Western Conference, expectations rose that Chris Paul would finally win his first title. The hopes of the Point God finally cementing his legacy reached a climax after winning the first two games of the NBA Finals. But as fate would have it, Giannis Antetokounmpo was found more deserving of a ring.

As a result, the All-Star’s stock in the card market came crashing down hard. We take a look at how the Chris Paul cards were doing before and after the Phoenix Suns’ loss to Milwaukee.

The Point God’s stock in the card market was monitored by most collectors as the playoffs began past the middle of May. At that point, his definitive rookie card, a 2005 Topps Chrome, saw its PSA 10 value go up to $1,350. It would hover from $1,000 to $1,300 in price as Paul led the Suns against the Los Angeles Lakers and Denver Nuggets.

While he was fairly quiet during their first-round matchup against the Purple and Gold, Paul would explode against the Nikola Jokic-led Nuggets. In that series, the Point God averaged 25.5 points on 62% shooting from the field, 75% from beyond the arc, and an impressive 100% from the free throw line. Apart from being very efficient with the ball, Paul would also post 10.3 assists, five rebounds, and 1.5 steals per game against Denver.

Paul would continue his hot streak against the Los Angeles Clippers in the Western Conference Finals, even after missing the first two games due to Covid-19. In the four games he played for the Valley, the All-Star point guard played like a man on a mission by notching 24 points, 8,8 assists, and 1.8 steals per contest. At that time, his PSA 10 rookie card price rose up to $1,600.

With Paul’s first trip to the Finals secured, the narrative surrounding him fed the hype among basketball fans and collectors. This surge in interest pulled his card value to its peak of $1,870 on eBay. From that point, his prices would drop steadily in the market.

As the Suns lost four straight games in Finals, most collectors focused on getting or selling their Giannis Antetokoumnpo cards. This development solidified Paul’s alleged reputation as a choker in the minds of many, to the detriment of his stock in the hobby.

The Current State On The Market

After reaching its peak before the start of the NBA Finals, Chris Paul cards are now in limbo. A PSA 10 slab of his Topps Chrome rookie card has dropped to $759, which is more than 50% from its peak. 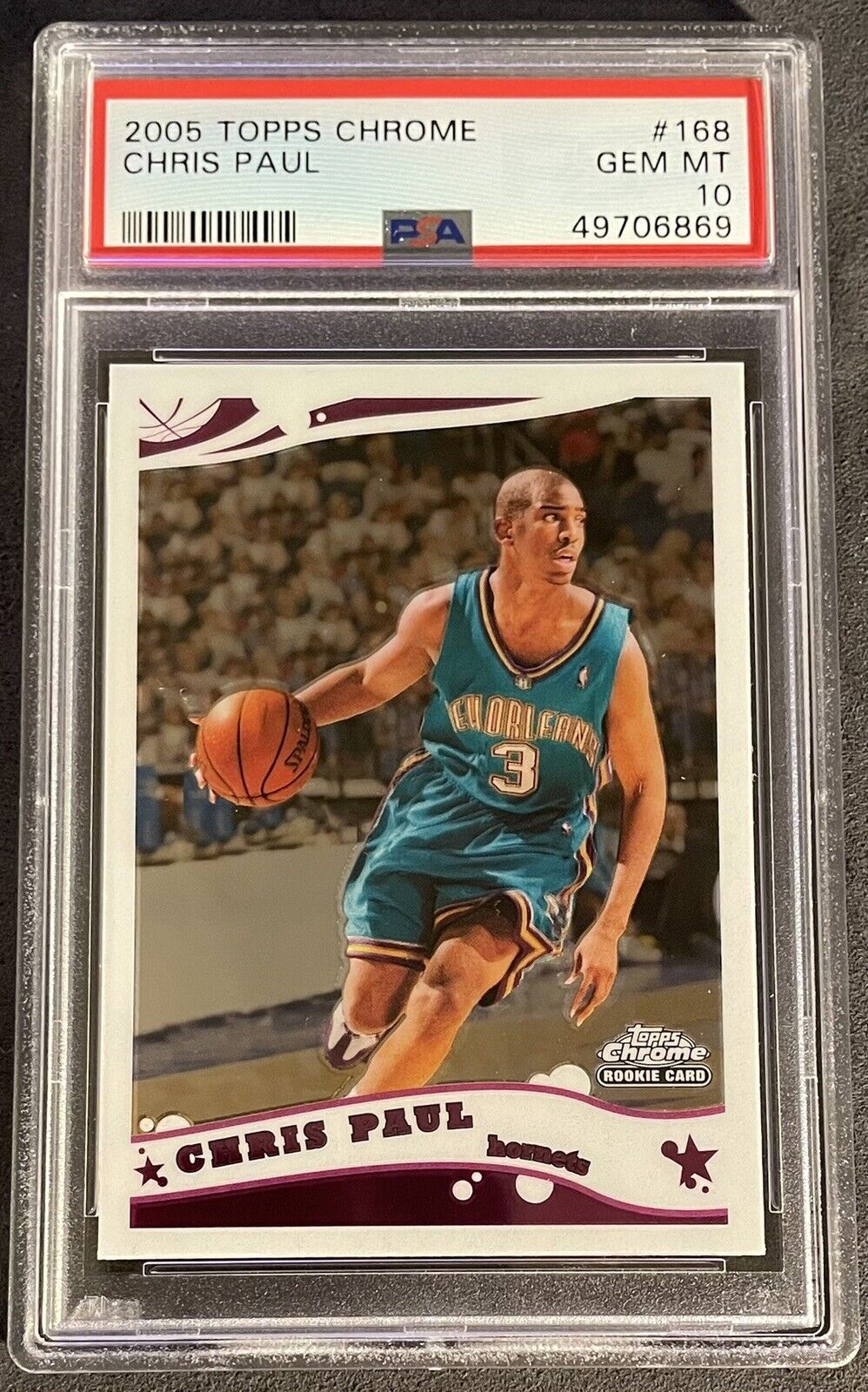 This fall isn’t good for those who purchased the Point God’s cards while they were at the top. Many fear that it will take a long time before they can return to those price levels, with a ring in the future or induction into the Hall of Fame as the catalysts. Nevertheless, those who want to buy his cards can maximize this opportunity now more than ever.