‘He is 1-of-1’: Dolphins head coach Mike McDaniel raves about Tyreek Hill 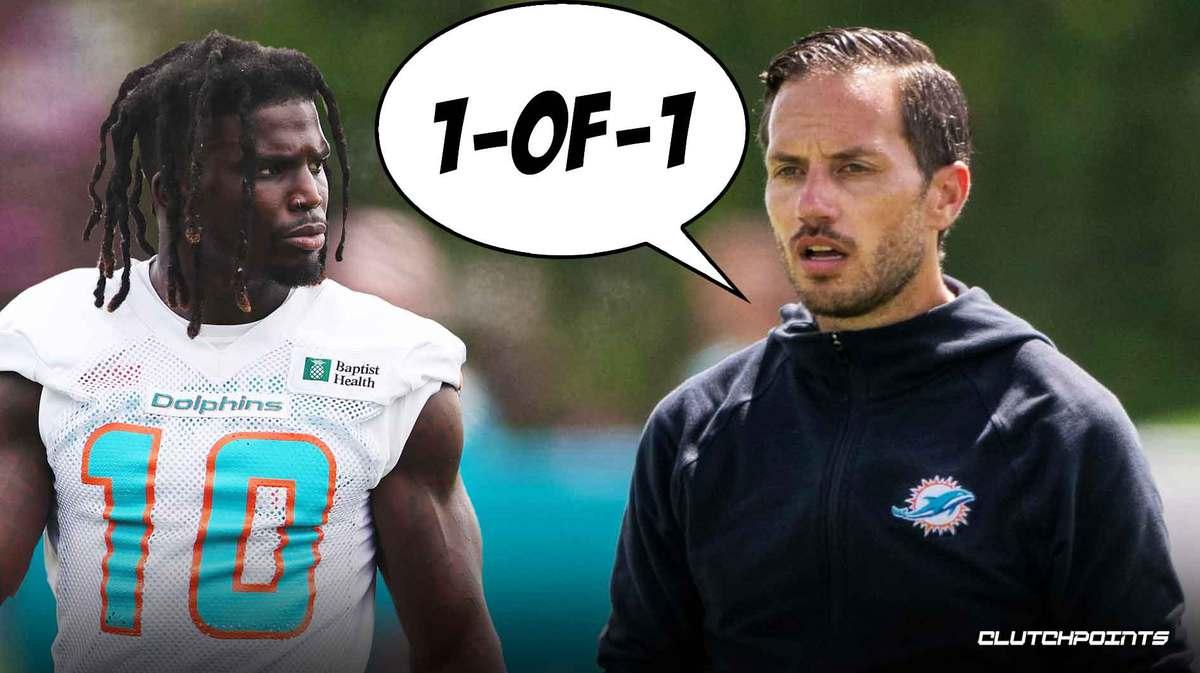 The Miami Dolphins have a lot of reasons to be excited for the 2022 campaign. They have a new coaching regime, new weapons on both offense and defense, and a clear plan at quarterback in Tua Tagovailoa.

If Tagovailoa is going to succeed in 2022, he’s going to need help from his flashy new target Tyreek Hill. Hill came over in a trade with the Kansas City Chiefs to give the Dolphins a de facto number target for Tagovailoa.

So far, the fit of Hill in Miami appears to be going quite well. Dolphins first year head coach Mike McDaniel praised Hill for his commitment to the team when he recently spoke to the media, and said he’s been just what the Dolphins needed to this point.

Coach says Tyreek Hill's personality/confidence is one-of-one. He's very accountable. He's one of the first people I can show in team meetings — hey, this isn't right. 10/10 since he started here, the next day in the meeting I get to show him correcting the mistakes. Sets a tone

Over the past few seasons, Hill has been one of the best wide receivers in the NFL. The speedy wideout can create seperation all over the field, and he would constantly link up with Chiefs quarterback Patrick Mahomes for some of the best highlights of the season due to their crazy connection on deep passes. 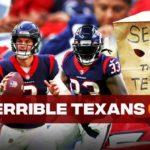 4 Texans most to blame for blowout Week 12 loss vs. Dolphins 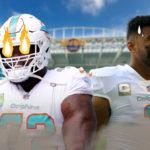 Dolphins, Tua Tagovailoa could be in some luck on Terron Armstead injury front 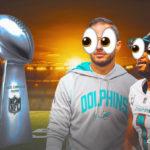 Dolphins overreactions: Miami is the Super Bowl favorite after Week 12 win vs. Texans

The Dolphins are hoping Hill can develop a similar partnership with Tagovailoa. McDaniel certainly threw some high praise on Hill by labeling him as “1-of-1” and in a sense, he’s right. There isn’t really another receiver in the league who can offer a similar threat to what Hill does.

It’s still early in training camp, so Hill hasn’t really proven anything yet. But it’s clear that his tenure with the Dolphins has gotten off to a hot start, and that’s encouraing news for Miami and their fans. Now he will need to translate his success to regular season games, and that will be the key in determining how successful Hill’s tenure with the Dolphins will be.