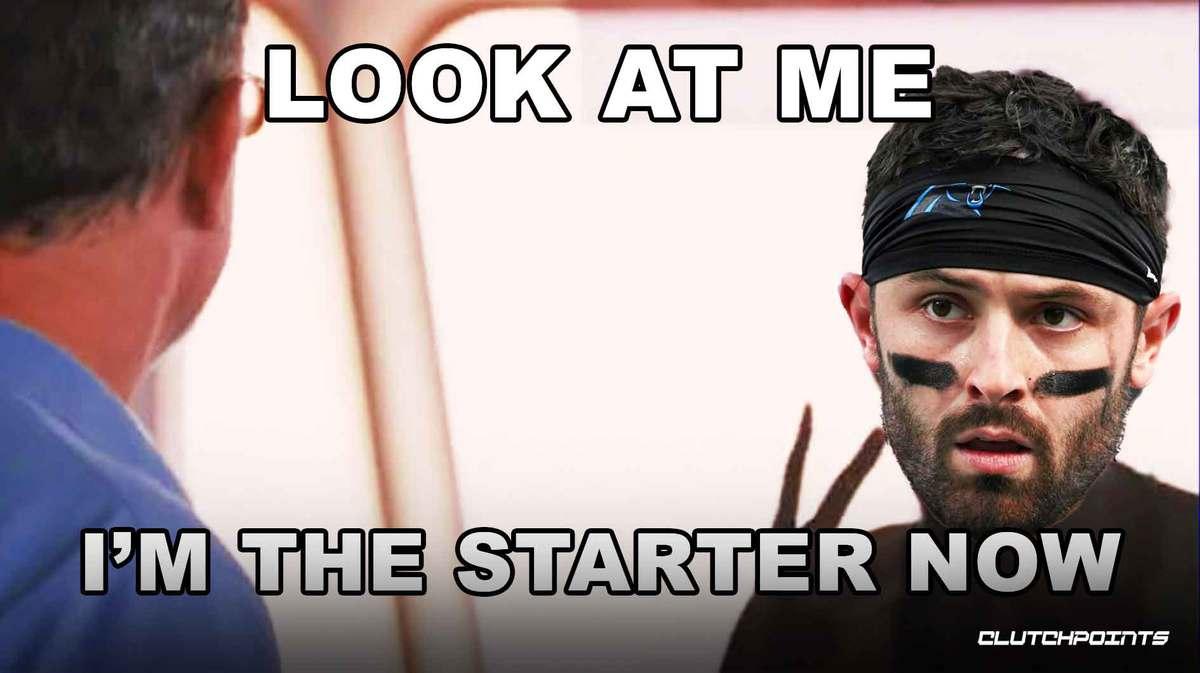 The Carolina Panthers’ QB situation this season has been a complete dumpster fire. They traded for Baker Mayfield in the offseason after acquiring Sam Darnold last year. Midway through the season, though, Mayfield was benched for PJ Walker, who had his fair share of highlights and struggles.

Week 11 hasn’t officially started, but the Panthers have already made their decision for their game against the Baltimore Ravens. With PJ Walker out with an injury, Carolina will turn to Baker Mayfield instead of Sam Darnold. Mayfield is all too familiar with the Ravens, having played against them for most of his career with the Cleveland Browns. (via David Newton)

“Baker Mayfield will start at quarterback this week against Baltimore with Sam Darnold as the backup due to a high ankle sprain by PJ Walker revealed over the weekend.”

Despite their decision to start Mayfield, the Panthers aren’t giving up on Sam Darnold yet. The team is still looking to see what the former Jets QB will bring to Ben McAdoo’s offense without Matt Rhule. Unless something drastic happens in the next few days, though, that opportunity will not come against the Ravens.

The Panthers have struggled to find any sort of consistency over the last few weeks. For every win against teams like the Buccaneers, they will have embarrassing losses. We’ll see if the team finds a way to right the ship this season. Even if they don’t make the playoffs this year, ending this season with a winning streak would be a great boost to their morale.