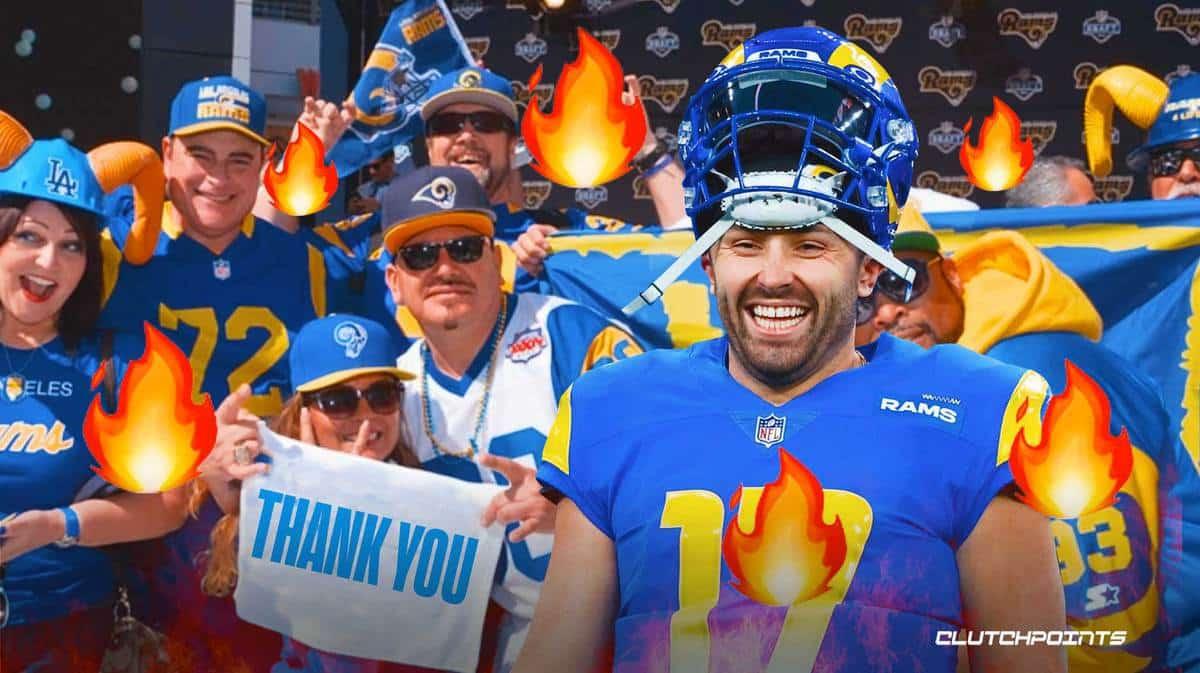 Baker Mayfield shocked the NFL in his Los Angeles Rams debut, leading his new team to a come-from-behind 17-16 win over the Las Vegas Raiders in Week 14’s Thursday Night Football. Now, it appears Mayfield’s heroics have landed him a starting role once again.

Originally reported by Greg Beacham of the Associated Press, Rams head coach Sean McVay expects Mayfield to remain Los Angeles’ starter through the regular season. That would give Mayfield four games to prove he deserves to be an NFL starting quarterback.

Mayfield’s debut with the Rams came under storybook circumstances. After being claimed on Tuesday, he went on to start for the team on Thursday. Mayfield finished the game completing 22-of-35 passes for 230 yards and a touchdown.

However, he will most be remembered for his game-winning play.

With 10 seconds remaining in the fourth quarter, Mayfield found Van Jefferson for a 23-yard touchdown. To get there, Mayfield managed a eight-play, 98-yard drive that took 1:35 to complete. That touchdown pass would seal the 16-17 victory for the Rams.

Down six with 1:41 to go backed up your own two-yard line? @bakermayfield was feeling dangerous. 😤 pic.twitter.com/gDuUL1QsZH

Baker Mayfield has had a peculiar five-year NFL career. After being selected first overall by the Browns in 2018, he spent four years in Cleveland, appearing in 60 games. He was then traded to the Panthers prior to the 2022 season and appeared in seven games. After being released, the Rams claimed him on waivers. Over his career, Mayfield has thrown for 15,668 yards, 99 touchdowns and 62 interceptions.

The Rams don’t have much choice at quarterback after Matthew Stafford was ruled out for the season. After trying to make guys like John Wolford and Bryce Perkins at quarterback, McVay looks ready to take a chance on Mayfield.