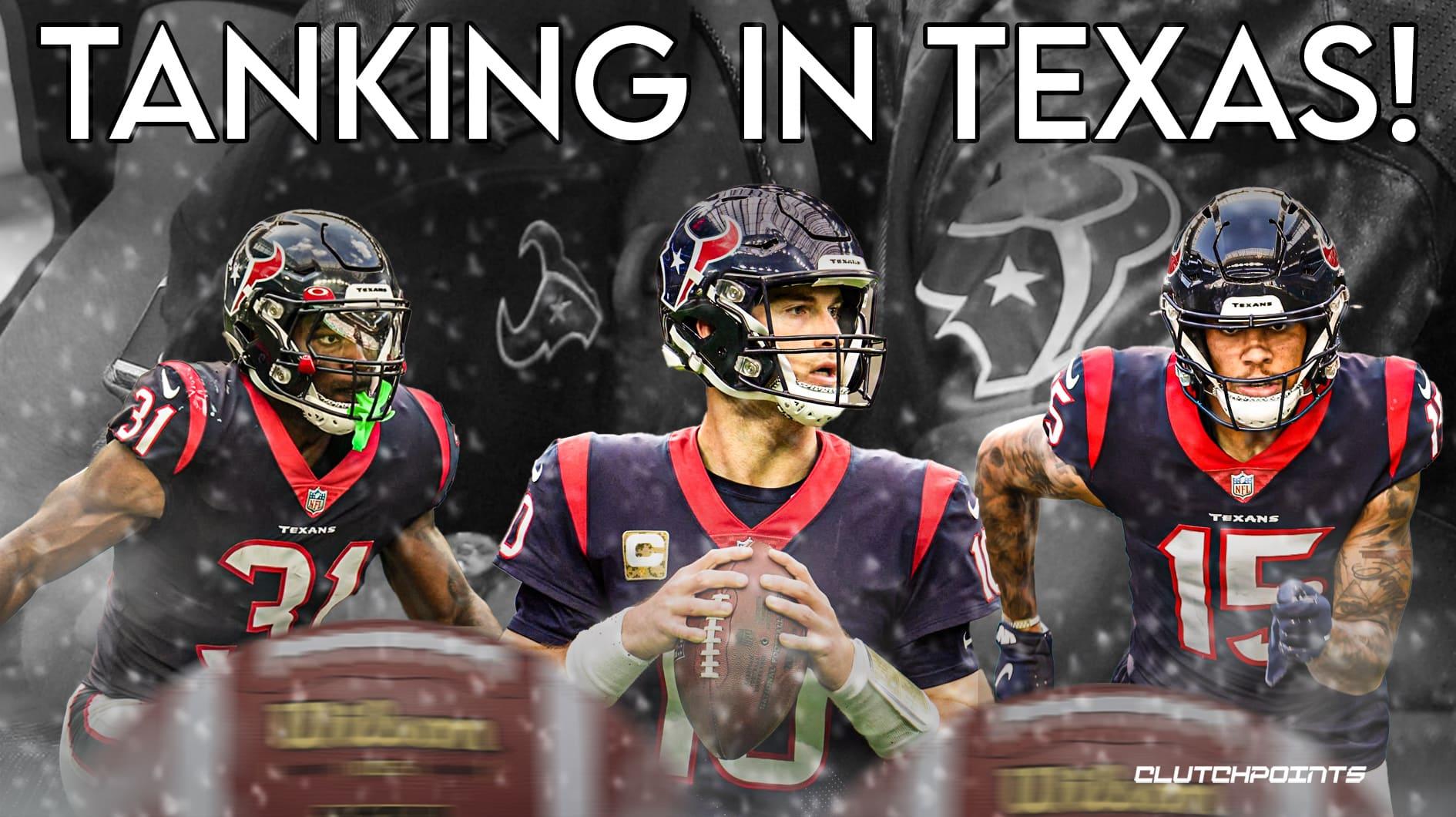 The Houston Texans should no longer transact in the present. This is a team that has no more stock this season, but they can be an exciting team next year. It’s all about looking ahead for these Texans, and as such, they’ll try to salvage some pride as they face the streaking Dallas Cowboys on the road in Week 14 of the 2022 NFL season. A win here will not really mean anything tangible for the Texans, who remain the NFL’s worst team this season. Here are our Texans Week 14 predictions as they take on the Cowboys.

When Dameon Pierce and the Texans travel to Dallas to face Dak Prescott and the Cowboys, Houston will lose. That’s inevitable.

The Texans have the poorest record in the NFL and are at the bottom of the AFC South. The team has struggled all season without a franchise quarterback, with limited success most recently turning to Kyle Allen. The Texans’ brightest spot has actually been rookie Dameon Pierce, who has 861 yards in 12 games. He is currently in the running for Offensive Rookie of the Year.

The Texans, led by Coach Lovie Smith, are huge underdogs in this game. Houston has been unable to create any offense behind Allen, and the defense has also failed to impress. Meanwhile, the Cowboys are still in contention for the No. 1 seed in the NFC. This is really going to be lopsided.

With all these in mind, here are our four bold predictions for the Texans in their Week 14 game against the Cowboys.

One guy who might make an impact for Houston is WR Chris Moore. He had three catches on three targets for 46 yards in their loss to the Browns last Sunday. He actually moved up the depth chart to fill in for Brandin Cooks, who is out with a calf injury.

Moore had only two receptions for seven yards before the team’s last drive, which occurred in garbage time. That’s when he caught a 39-yard touchdown pass deep down the field. Cooks remains out, so Moore should see a lot of targets anew. We have him going for around 50 yards this week.

3. Dameon Pierce gets his fourth touchdown

Texans RB Dameon Pierce carried 18 times for 73 yards in Week 13. He also added three catches for 22 yards. Pierce came into the game with 16 rushing yards on 15 touches in his previous two outings. While his performance against the Browns wasn’t particularly impressive, it did represent a significant improvement in terms of volume and efficiency.

That being said, Pierce has only one rush of more than 10 yards and no gain of more than 20 yards in his last three games. He has been reliable but not explosive. While Pierce has shown the ability to excel as a pro, the current state of the Texans’ offense makes it difficult for him to really get big gains. As such, we have him going over 70 yards plus adding a fourth touchdown.

According to league sources, the Texans are returning to Davis Mills as their starter for Sunday’s road game against the Cowboys.

He started the first ten games for the Texans before being replaced by Kyle Allen in Week 12. The journeyman started the last two games and was even worse than Mills statistically. Allen had five turnovers in those games, including twice in the loss to the Browns with a pick and fumble. Both of those were returned for touchdowns.

In his return to a starting role, Mills will struggle. He should get 230+ yards, one touchdown, and one INT.

The Cowboys have scored 39.8 points per game in its previous five games. They will face the Texans, who have won just one game this season and are averaging 15.7 points a game. Again, this will be a lopsided encounter.

Last week, the Cowboys ran for 220 yards as a team against the Colts in prime time. Meanwhile, the Texans have the worst run defense in the league this season, allowing 169.1 yards per game. Ezekiel Elliott and Tony Pollard are perhaps the league’s finest running back duo, and they should have plenty of running lanes here.

To compound things, the Texans are the league’s worst at converting third downs. They convert only 26.5 percent of their third downs, and the Cowboys defend third downs pretty well, too.

Houston will lose and lose big here. Sadly, that won’t surprise anyone at all.