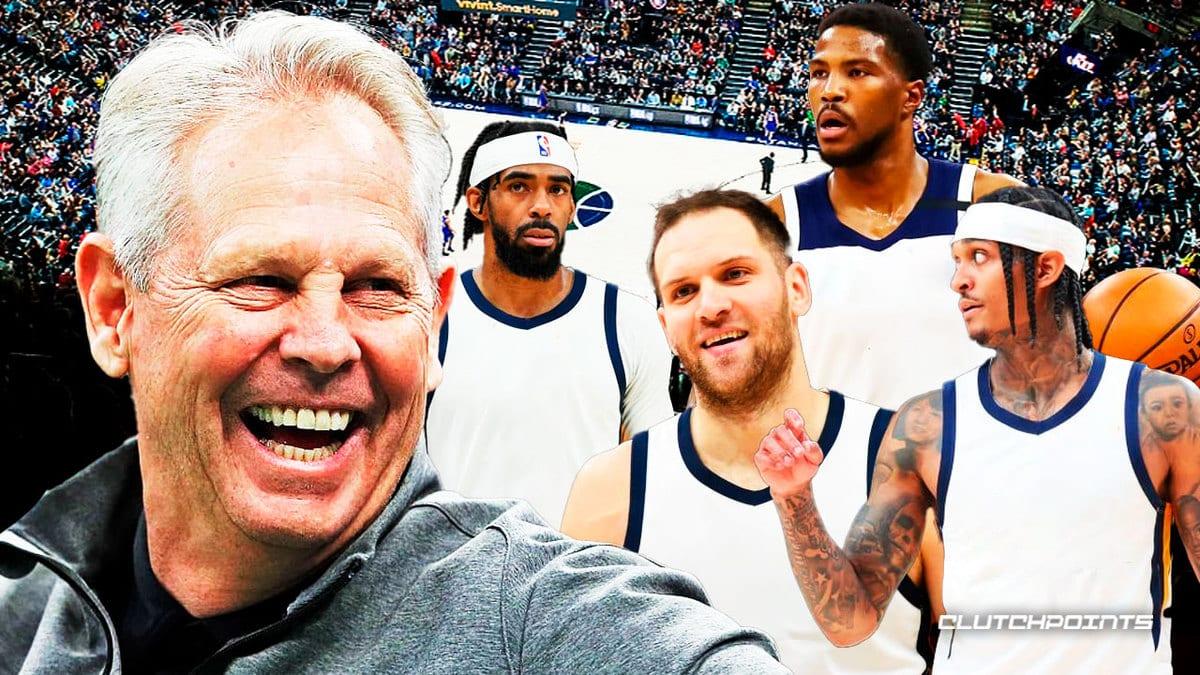 The fire sale in Salt Lake City has continued, as a month and a half after trading polarizing big man Rudy Gobert to the Minnesota Timberwolves, the Utah Jazz dealt the face of their franchise, Donovan Mitchell, to the Cleveland Cavaliers for even more draft capital. The Jazz have amassed a total of seven first-round picks and three pick swaps in the two blockbuster trades.

Jazz executive Danny Ainge has done it again. And he still might not be done dealing yet.

The Jazz, now in a full-blown rebuild, still have veteran pieces such as Mike Conley, Bojan Bogdanovic (linked with the Phoenix Suns), Jordan Clarkson, and Malik Beasley languishing in a tank-for-Victor Wembanyama situation. While the Jazz should not expect a haul that comes anything close to what they received for Gobert and Mitchell, they will still receive some assets to add even more to their enviable stash.

So without further ado, these are the trades the Jazz need to make after dealing Donovan Mitchell to the Cavs.

Bojan Bogdanovic heads to the Valley

The Suns flamed out of the 2022 NBA playoffs in spectacular fashion, getting blown out by the Dallas Mavericks in Game 7 of the second round. With star guard Chris Paul in the twilight of his career, the Suns need to maximize their title-contending window, especially after coming close in 2021 when they lost to the Milwaukee Bucks in the NBA Finals in six games.

Last season with the Jazz, Bogdanovic averaged 18.1 points per game on 46% shooting from the field and 39% from deep (on a healthy 6.8 attempts per game), and his ability to score in bunches will definitely make the lives of the Suns’ playmakers a lot easier.

Saric missed all of last season with a major injury, while Shamet failed to impress last season, scoring only 8.3 per game on career low shooting from deep (36%). Bogdanovic will be a significant improvement off the bench for the Suns should they agree to a deal with the Jazz.

The Jazz appear to be the most likely destination for Westbrook should the Lakers decide to ditch the former MVP, but the Lakers don’t just want to dump Russ for the sake of dumping him. The Lakers have already balked at the idea of including two future unprotected first-round picks in a Westbrook trade.

In this trade, however, the Jazz and Lakers arrive at a compromise: the Lakers will take on the two year, $45 million contract of the aging Conley, who still might have something left on the tank, and in exchange, will only need to cough up one unprotected first-rounder. In addition, the Lakers will receive the scoring punch of Bogdanovic and Clarkson.

The Jazz, on the other hand, will take on Westbrook’s albatross of a contract, making him a prime candidate for a buyout, where Westbrook can seek employment from a team that would value his services more than the Lakers did.

After the departure of Brunson to the New York Knicks, the Mavericks are in need of added scoring from their backcourt to complement star Luka Doncic. While taking on the hefty $48 million left on Bertans’ contract over three years might be tough pill to swallow, the Jazz are acquiring four second-rounders, additional assets to either flip in other bigger trades or to be used to find the next draft steal.

Malik Beasley to the Big Easy

The Pelicans, after acquiring C.J. McCollum at last season’s trade deadline, have no more use for Graham, who does everything McCollum provides at a worse level. Jose Alvarado’s emergence has pushed Graham even deeper down the Pels’ depth chart. On the other hand, Beasley is a better complement to stars Zion Williamson and Brandon Ingram, as his game is predicated more on off-ball touches than Graham’s fixation on difficult shots off the dribble. For their troubles, the Jazz receive even more draft picks.