The alleged Vince McMahon affair is now resulting in insane fallout few could have saw coming less than a year ago. Amid an absolute massive scandal that could impact the WWE forever, Vince McMahon has stepped down as the company’s CEO. This has been reported by numerous outlets, as well as the company itself on Friday.

“McMahon will retain his role and responsibilities related to WWE’s creative content during this period and remains committed to cooperating with the review underway,” the company said. A special committee of the board is handling the probe. It has appointed McMahon’s daughter Stephanie to serve as interim CEO and interim chairwoman, WWE also said on Friday.

Earlier in the week, in absolutely shocking news, reports began to surface of a Vince McMahon affair that resulted in actual and legitimate hush money. In turn, the company’s board has to do an investigation into The Fed’s main-man. Whispers have already begun that this could result in McMahon losing control of the company at some point in the future.

For his part, Vince McMahon has voluntarily stepped down while of a firm looks into not only this allegation, but anything else that might pop up during the process.

“WWE and its board of directors take all allegations of misconduct very seriously,” the firm said. “The independent directors of the board engaged independent legal counsel to assist them with an independent review. In addition, the special committee and WWE will work with an independent third-party to conduct a comprehensive review of the company’s compliance program, HR function and overall culture.” 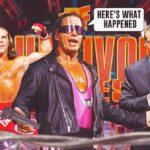 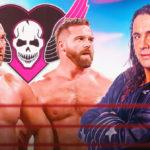 Bret Hart on accepting love from a new generation of WWE, AEW wrestlers 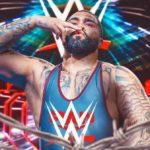 McMahon is expected to still help with the creative side of the WWE.

This is a truly fluid and developing story. We will continue to update this post, or other posts, with relevant information as it comes to the surface.