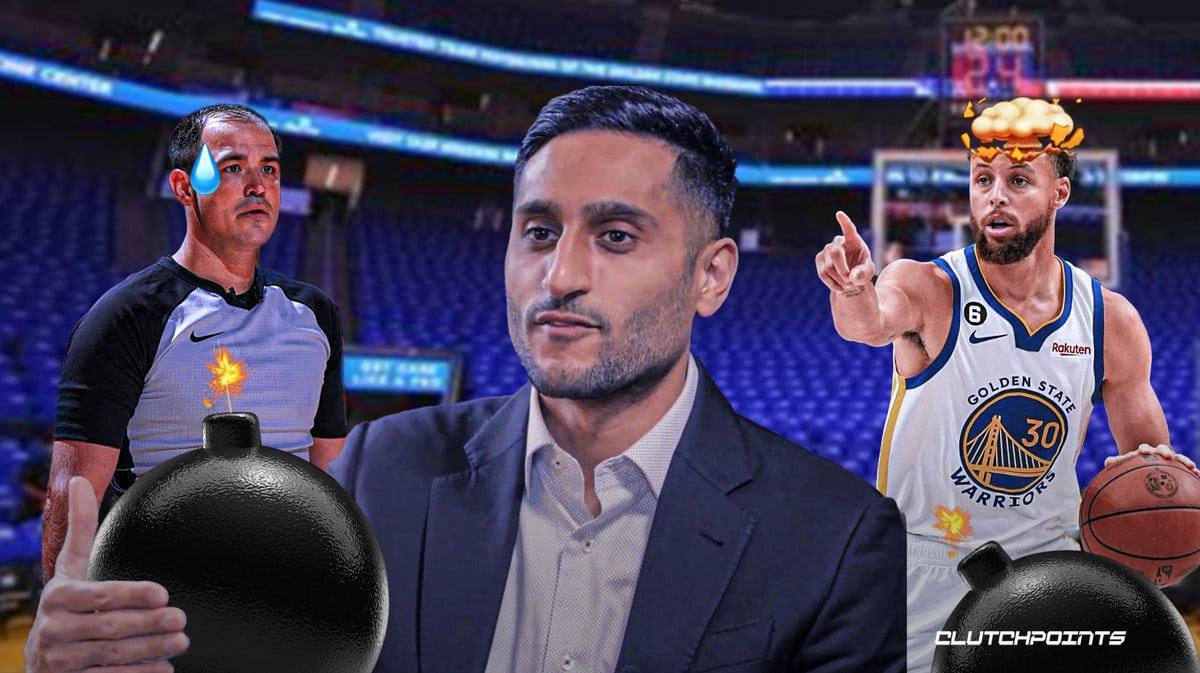 There have been a few more controversial calls early in the season that of Stephen Curry being whistled for a traveling violation in the dying seconds of the Golden State Warriors’ loss to the Dallas Mavericks on Tuesday night. The game came down the wire and with less than 10 seconds remaining on the clock, the refs called a traveling violation on Curry that led to a crucial turnover.

For starters, here is the play in question:

This has drawn polarizing reactions across the league. Even Curry himself has reacted to the incident saying that he completely disagrees with the call. Warriors head coach Steve Kerr echoed his superstar’s thoughts, emphasizing how this call will have a lasting impact on the rest of the NBA for the rest of the season.

This highly-controversial incident has now drawn a truth bomb from NBA insider Shams Charania. The renowned league insider revealed how officials appear to be clamping down on this particular violation of late:

“Going into the season, it was really bench decorum and the palming violation,” Shams said. “… Travelling in the last 2-3 weeks, it’s really skyrocketed across the league. So clearly, that is something that the refs are trying to clean up or at least pay attention to more.”

"Going into the season, it was really bench decorum and the palming violation…travelling in the last 2-3 weeks, it's really skyrocketed across the league."@ShamsCharania talks about Steph Curry's travel on #RunItBack

It appears that the league officials received some sort of memo about being stricter when it comes to enforcing the rules on traveling. Unfortunately for him, Stephen Curry has emerged as the prime example of this intriguing transition.