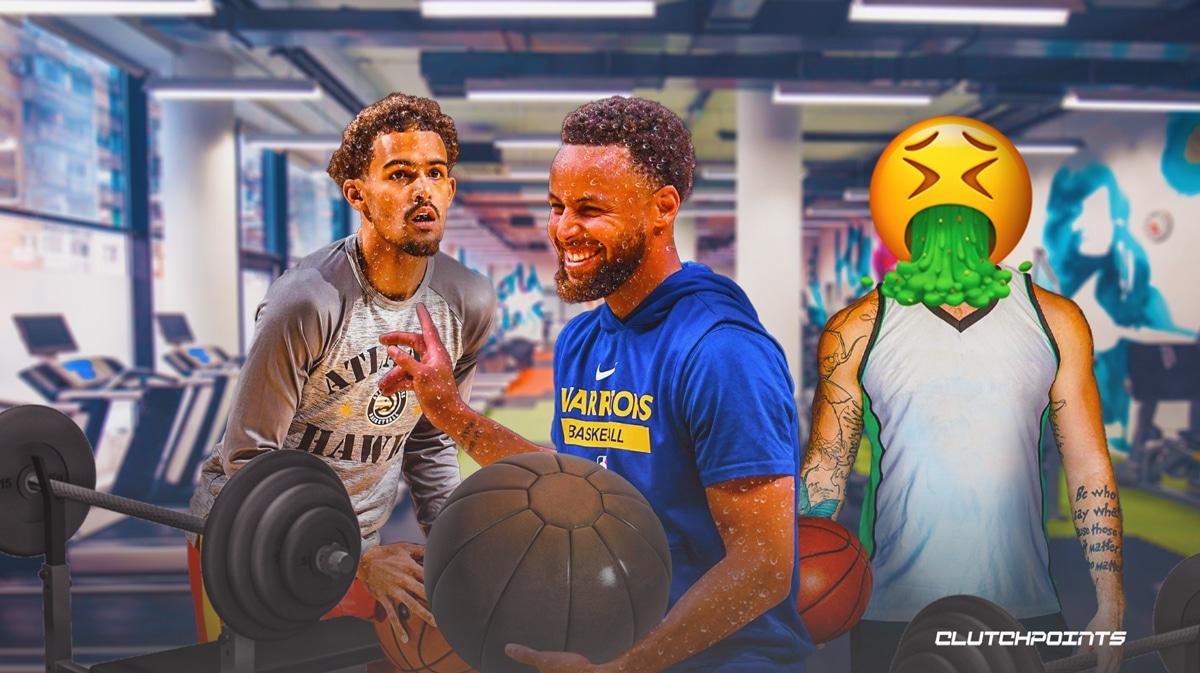 Don’t let the nice-guy persona fool you. Stephen Curry is a killer on the basketball court. The Golden State Warriors also didn’t become the GOAT shooter that he is without putting the necessary work in. Just ask his trainer, Brandon Payne.

As it turns out, Curry’s workouts are so intense that it once had Atlanta Hawks All-Star Trae Young struggling hard. Another unnamed NBA player, however, gave up altogether after literally throwing up just five minutes into the session.

Payne recently guested on the Basketball Illuminati podcast where he provided a preview of Curry’s work behind the scenes. They once invited Trae Young to join in on one of the sessions, and apparently, the Hawks guard was barely able to keep up at the start of the workout:

“We never do anything from one range,” Payne said. “We’ve done alternating range form shooting, which for us, is deep twos and semi-deep threes, we work in that range. We immediately go corner-to-corner, we start running and you run for four shots at a time. Then when we have two guys going, you shoot four shots corner-to-corner but we’re playing until the first guy hits 12. Well, if you’re not making a lot of shots, there’s a lot of running involved. It’s corner-to-corner then it’s free throws, then it’s something off the dribble.”

Reading through that is exhausting already. I can only imagine having to actually go through it. For his part, however, Trae Young was able to recover quickly after getting his second wind:

“And then after he caught himself, he was good, he was ready and he finished the entire workout,” Payne said. “But that initial burst of those initial few minutes was a little tough on him, but he recovered extremely well.”

Another mystery NBA player wasn’t as lucky as Trae, though. It took him just a few minutes before throwing in the towel. It wasn’t for a lack of trying, though, as the unnamed player was literally puking after attempting to go toe-to-toe with Stephen Curry:

“We’ve had a player who’s still in the NBA go through the first five minutes, sat down on the floor beside the door for about 30 seconds and went outside and threw up and was done. It was a good player too …”

That’s pretty insane. NBA players are some of the most physically fit athletes in all of sport, which clearly speaks volumes of just how insane Curry’s workout sessions truly are.