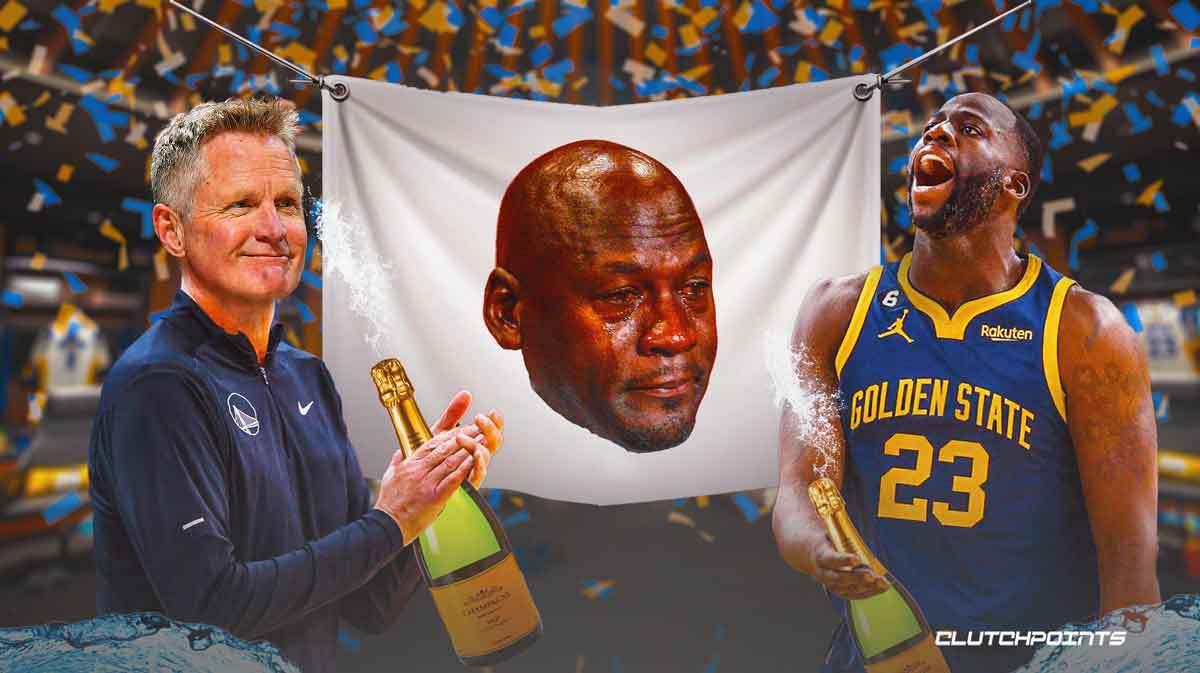 Saturday night’s game between the Golden State Warriors and the Houston Rockets saw a rather bizarre achievement from an unlikely sniper. After making his lone triple of the game, Draymond Green has eclipsed Michael Jordan’s career three-point makes. Many found this hilarious, considering Green’s reputation as a god-awful shooter from the outside.

When Warriors head coach Steve Kerr was informed about this oddity, he looked positively amused. Kerr remarked that it was a random stat, but he would make sure that they would celebrate this incredible achievement. After all, it’s not everyday that Draymond Green passes Michael Jordan in a meaningful shooting statistic.

"That's a random stat but we'll celebrate that. I'll go down and toast Draymond downstairs."

To be fair, Draymond Green has been shooting pretty well from three-point range as of late. He’s been a lot more willing to take the deep ball, and it’s paid off for the most part. The Warriors’ win against the Rockets saw him come back down to Earth (1-5 for the game), but that’s still an achievement over the last few years.

Green’s new role as the captain of the bench crew has helped revitalize the Warriors. After starting the season below .500, they have now reached an 13-11 record. As the leader of the bench mob, though, Green has realized that he needs to start trying to score in order for his playmaking to be fully utilized.

The Warriors are staying at home to face the Indiana Pacers in the coming days. After surpassing the GOAT himself, Draymond Green is likely feeling himself. We’ll see if this aggressive version of Green continues to ball out for the Dubs.