4 NBA players score more points than they dribble per game

Analytics have become a gospel that many NBA teams follow with devotion. Essentially, teams use analytics to formulate new game strategies, distribute minutes, and make important roster decisions. Regardless of what your opinion is on the practice, analytics will continually become an integral part of team planning for a variety of organizations.

One interesting analytics is points per dibble, a metric that determines the efficiency of players in regards to the dribbles they take. Interestingly, there are four players who score more points than they dribble per game, a true testament of offensive efficiency as dug up by u/RealLebronJames of Reddit via NBA.com.

The list is full of non-surprising entries. JaVale McGee, the Warriors starting center, has just started to receive more minutes in Steve Kerr’s system. It makes sense that he doesn’t take many dribbles, mainly because he is in the paint for a majority of his minutes. Also, McGee rarely dribbles anyway. He mostly catches alley-oops from his teammates.

Dirk Nowitzki on the other hand is the Mavericks’ franchise player even at 39 years of age. He isn’t athletic and shoots off the catch for many of his possessions. 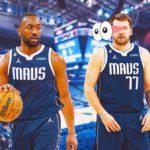 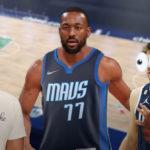 DeAndre Jordan and Steven Adams are both defensive interior big men, who don’t rely much on scoring to help their team, so their place atop this metric isn’t surprising either.

It makes sense that all of these players are big men. Nowitzki, Jordan, McGee and Adams don’t dribble much but still can score if they need to. That makes this metric a bit trivial in regards to how it can be used for NBA teams.