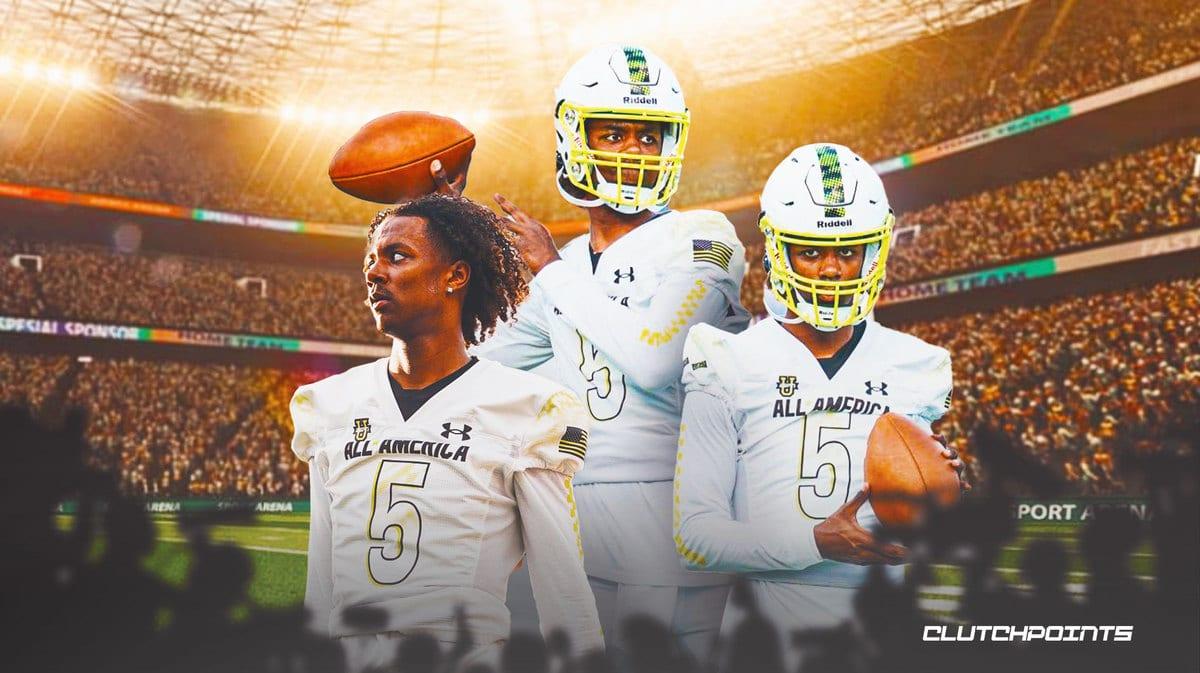 High school quarterback Jaden Rashada has had one of the strangest recruiting cycles of any player in recent memory.

The four-star recruit from California initially committed to Miami, but flipped to Florida after the Gator Collective, an independent university fundraising arm, reportedly offered him a massive NIL deal. However, the deal fell through and Florida released Rashada from his National Letter of Intent on Friday, reopening his recruitment.

All of a sudden, one of the best QBs in the 2023 recruiting class is back on the market. Rashada is a true dual-threat quarterback, as he threw for 3,055 yards and 32 touchdowns as a senior, while adding 419 yards and seven touchdowns on the ground. Despite the drama surrounding his exit from Florida, schools will be lining up to secure his services.

The question is, with what teams should Rashada consider signing? There are plenty of strong suitors for the star quarterback, and he could likely thrive with any program. However, some will certainly give him a better opportunity than others.

Here are the three best landing spots for Jaden Rashada after his Florida release.

Out of all of Rashada’s options, Washington may be the most realistic landing spot. The Huskies are actually the favorite to land the star quarterback after his Florida exit, according to ESPN’s Pete Thamel.

But is Washington truly the best fit for Rashada?

The biggest point against the Huskies is they currently don’t have a need at quarterback. Star passer Michael Penix Jr. already announced that he is returning to Washington next season, and seeing as how he is a likely Heisman candidate, Rashada probably won’t get the chance to start as a freshman. If he is okay with waiting a year, though, then he could thrive at Washington.

The Huskies are coming off a stellar season, shattering preseason expectations by finishing 11-2.With most key players returning for another go-around, Washington should be a top-tier contender the Pac-12 and a dark-horse College Football Playoff candidate. Head coach Kalen DeBoer had a better first year than anyone expected, and he could be building something special in Seattle.

Rashada being the immediate successor to Penix would cement the Huskies as contenders for years to come.

Arizona State is another team that should be a strong contender to sign Rashada. The Sun Devils have a unique draw for the quarterback, as his father Harlen Rashada played for them back in the 90s. While not the be-all and end-all, following in his father’s footsteps has to be a factor on Rashada’s mind.

The Sun Devils did bring in three quarterbacks this offseason, most notably ex-Notre Dame starter Drew Pyne, but Rashada is more talented than any of them and would have a good shot to start right away. They also hired Oregon offensive coordinator Kenny Dillingham as their head coach late last year, and he is the youngest head coach at the FBS level at just 32. Dillingham has had success at every stop, and signing Rashada would be a huge win early in his tenure at ASU.

Arizona State is coming off a miserable 3-9 season in 2022, which is the biggest point against the Sun Devils. However, that means Rashada will have a chance to forge a legacy all his own. If that is important to him, he should strongly consider heading to Tempe. 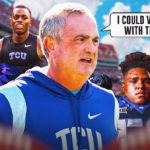 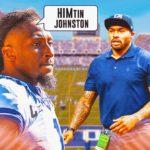 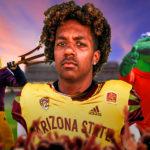 TCU is a more recent addition to the list of suitors, but that doesn’t make it any less appealing of an option. In fact, Rashada will reportedly visit Fort Worth very soon, so the interest is mutual. Landing Rashada would be an absolute home run for Sonny Dykes and the Horned Frogs fresh off a national championship appearance.

For one, TCU needs a new quarterback after Heisman finalist Max Duggan declared for the NFL Draft. The Horned Frogs still have Chandler Morris, who started the 2022 season over Duggan before suffering an injury in the first game, but he isn’t an ideal option. They also swung and missed on many transfer quarterbacks, most notably losing out on Walker Howard to Ole Miss.

The Horned Frogs’ offense will also look quite different in terms of schematics as well. After losing offensive coordinator Garrett Riley to Clemson, TCU hired Arkansas’ Kendal Briles to fill the same role. Briles helped develop another dual-threat quarterback at Arkansas in K.J. Jefferson, so his scheme could benefit Rashada.

Whoever TCU’s quarterback is will have massive shoes to fill after Duggan’s magical season. If Jaden Rashada lives up to the hype, though, he would be a perfect successor for the Horned Frogs.