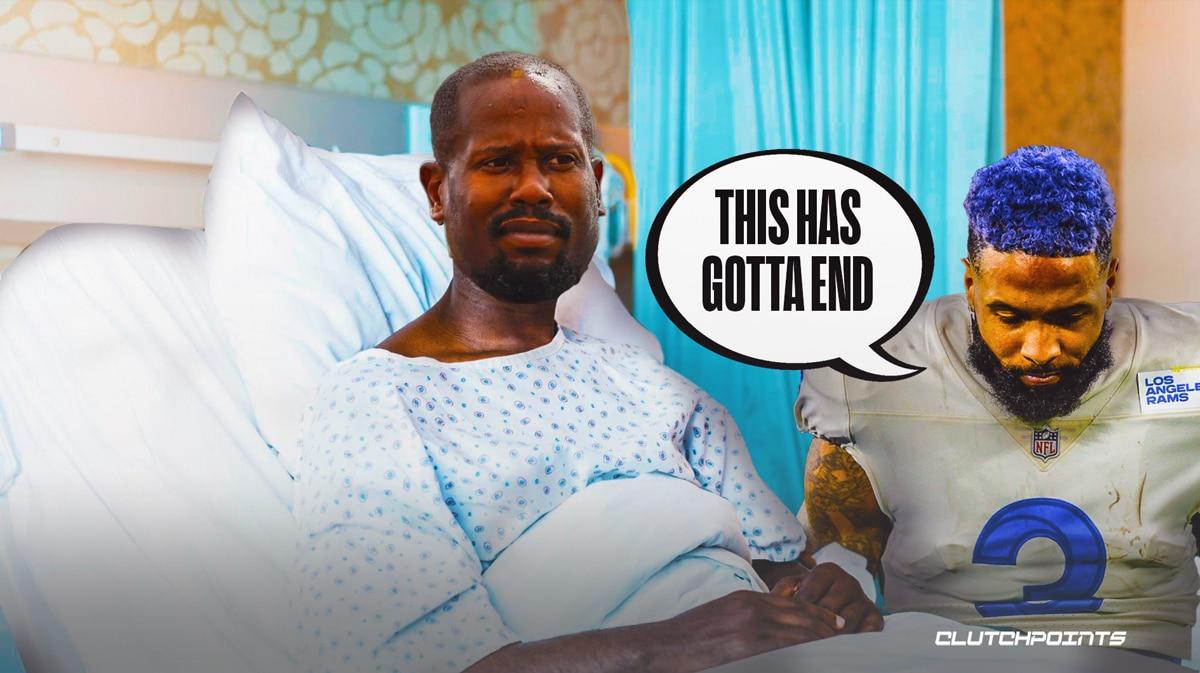 The Buffalo Bills, and their defense specifically, has been crushed by injuries this season. Things might have just got significantly worse during their Thanksgiving Day game against the Detroit Lions with Von Miller going down.

Late in the first half, Miller hit the deck following a Jared Goff short completion. After walking off the field, he headed to the tent and was seen visibly frustrated. After coming out of the tent, Miller was carted to the locker room and was ruled out for the rest of the game with a knee injury, per ESPN NFL Insider Adam Schefter.

Afterwards, free agent wide receiver and Von Miller recruit, Odell Beckham Jr., chimed in online. He joined the many players recently calling for the league to get rid of turf.

The NFL has claimed that there is no data that suggests players suffer more injuries on turf than real grass. The NFLPA claims the opposite. Green Bay Packers Pro Bowl outside linebacker Rashan Gary tore his ACL on this same turf at Ford Field a couple weeks ago.

Regardless of whether or not there is data that proves turf is more dangerous, the Bills are depleted either way. They are already without All-Pro safety Micah Hyde, who is out for the year with a neck injury. Defensive end Greg Rousseau and linebacker Tremaine Edmunds have also been out for a bit with injuries of their own.

The Bills did however get a bit of good news Thursday morning. Tre’Davious White returned to the field for the first time since tearing his ACL on Thanksgiving last year.