It has officially been 25 years since the Montreal Screwjob. That infamous occurrence, which came at the end of the WWF World Heavyweight Championship match between Brett Hart and Shawn Michaels at Survivor Series 1997 “Gang Rulz” broadcast live from beautiful Montreal, Quebec, Canada, sent shockwaves through the company now known as WWE, sent one of the biggest stars in the world right into the hands of Eric Bischoff with all of the momentum in the world, and caused Vince McMahon to go on national television, declare that “Bret screwed Bret,” and all but destroy the remaining vestiges of Kayfabe before ushering in the more meta Attitude Era.

While the prospect of Michaels beating Hart wasn’t so much the most shocking of outcomes, as the duo were easily two of the WWF’s top performers at the time, the decision to take the strap off of Bret via a submission to his own finisher, in his home country, in front of a ravenous crowd no less, led to thousands of think pieces, rumors, and video essays theorizing what could have happened if things went a different way. What if Hart worked something out with McMahon to stick around in WWF instead of jumping ship to WCW? What if McMahon had let Hart drop the strap on television, or film a video package announcing that he was leaving to set up a vacant championship? What if Bischoff actually booked Hart well and made his WCW run into more than just the longest-running gimmick in pro wrestling, aka his hatred for Bill Goldberg? Well, after years of hearing WWF/WWE twist the history of the Montreal Screwjob to make them look better, “The Hitman” sat down with Jonathan Snowden of The Ringer to finally set the record straight.

What really happened at the Montreal Screwjob, according to Bret Hart.

Asked about arguably the most consequential match of his career, Bret Hart attempted to set the record straight on what happened ahead of Survivor Series 1997 and why the common narrative just isn’t accurate.

“Vince was the one that was dishonest and lying to me and setting me up and playing games,” Hart says. “If you watched that A&E special, you’ll notice that they still try to lie and pretend that they were somehow in the right or they did the right thing. That I was unprofessional and I should have just done as I was told. I’d never refused in my whole life, ever, to lose to another wrestler. Never mattered to me. It doesn’t matter to me now. I never refused. And it wasn’t because I was in Canada or anything like that. I lost many matches in Canada. It was just personal pride between two wrestlers.”

“I grew up with my whole life in the wrestling business, just like Vince McMahon did. He understood that this was me standing up for myself in a way. I had it in my contract that for my last 60 days in WWF I had creative control. … They didn’t honor their contract and screwed me.”

Whoa, Hart had creative control for the final 60 days of his contract? While much of what he said isn’t news per se, as fans knew about the Canadian stuff and the pride of losing to his own move, if “The Hitman” really did have control over how he left the company, what McMahon decided to do really was a breach of trust that was not in the A&E special on the match at all.

“I’m a pretty easygoing guy. But I do know that I had a lot of dark thoughts, really crazy, dark thoughts about how angry I was when that happened,” he says. “And it’d be a fair warning to them. In those moments when I’m walking to Vince’s door, I don’t care who was standing there, I was a time bomb. But I remember when I got there and it was locked, I was almost calm. It was almost like, ‘I’m so glad there’s nothing I can do.’ That’s the last step that I can try to do is maybe break down Vince’s door and beat the crap out of him.”

For a wrestler like Hart, who comes from arguably the most important family in Canadian wrestling history and served as the crown jewel of an entire country’s wrestling output, that level of disrespect would understandably draw a good bit of ire. 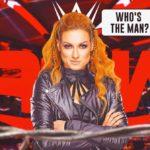 Becky Lynch reverts to her former nickname in WWE 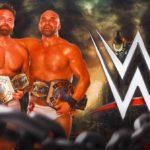 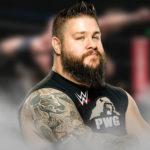 “I know I did [the right thing],” Hart says, almost disbelieving that someone could see it another way. “I’d rather have done what I did than anything else. To me, it would be a total sellout of yourself and everything you’ve ever worked for and everything you ever believed in. You’d be totally selling yourself out.”

“When Vince came into the room and basically confronted me, I told him it was a dumb move. I warned him before he came in. I said, ‘I’m not in a friendly mood and this is not going to go well and you need to go right now.’ And he stayed. And I always think whatever happened that day defined me as a person. And it was probably the greatest thing I ever did, in the sense that I stood up for myself like no other wrestler ever stood up for themselves.”

Though we will never know how wrestling history would have turned out had Hart handled the situation differently, it’s clear being screwed out of his title became an important part of his legacy, as the only way to unthrone “The Best There Is, the Best There Was, the Best There Ever Will Be” was to cheat, as no one could take him out cleanly otherwise.