Amid a disappointing 2022 campaign, the Denver Broncos are trending in the wrong direction in more ways than one. Beyond a putrid 3-8 record and a last-place standing in the AFC West, whispers of displeasure surrounding quarterback Russell Wilson have circled around the team. In the aftermath of a crushing loss to the Carolina Panthers in Week 12, the former Super Bowl-winning quarterback held a birthday party organized by Grammy Award-winning singer and wife Ciara that only an estimated half of the team attended, according to Mike Klis of 9News.

This story feels eerily similar to the plot line of the 2014 movie Draft Day, starring Kevin Costner and Jennifer Garner. Though Broncos head coach Nathaniel Hackett finds the situation to be “all gossip,” according to Zac Stevens of DNVR Sports, there is some evidence suggesting Wilson has lost the locker room. Should there be any weight behind these reports, the Broncos are between a rock and a hard place.

Wilson’s acquisition via trade from the Seattle Seahawks in the offseason cost the franchise multiple draft selections and a package of players. On top of the lost first-round picks, one of which currently projects to be third-overall in 2023, Wilson inked a five-year, $245 million extension upon his arrival. So, in essence, the team is stuck with the nine-time Pro Bowler for better or worse, barring a release that would cause Denver to eat tens of millions of dollars in dead cap space. 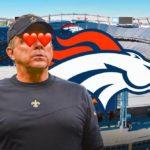 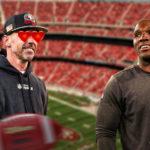 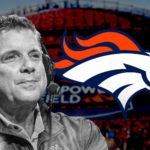 Looking ahead, the Broncos are preparing for a Week 13 matchup against the Baltimore Ravens. Will the controversies surrounding Russell Wilson stand in the way of securing a victory?