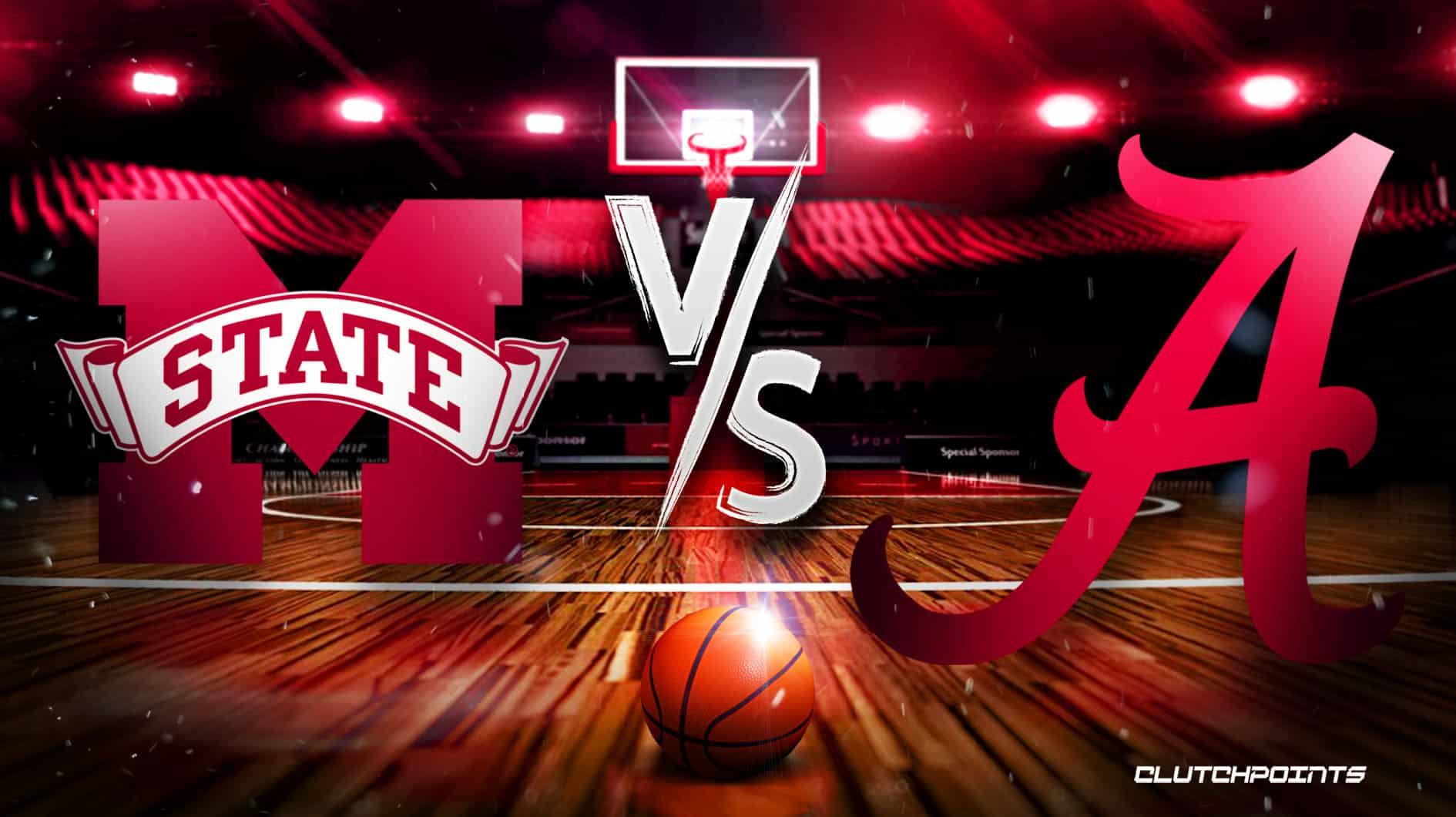 The Mississippi State Bulldogs (12-7) visit the No. 2 Alabama Crimson Tide (17-2) on Wednesday night. Action tips off at 9:00 p.m. ET. Below we continue our College Basketball odds series with a Mississippi State-Alabama prediction, pick, and how to watch.

Mississippi State has lost seven of their last eight after starting 11-0 and sits at 1-6 and in 12th place in the SEC. The Bulldogs covered 39% of their games while 60% went under the projected point total. Alabama has won eight in a row and is undefeated at 7-0 and in first place in the SEC. The Crimson Tide covered 67% of their games while 50% went over. This will be the second matchup of the season between the two teams. Alabama covered and defeated Mississippi State 78-67 in Starkville back in December.

How To Watch Mississippi State vs. Alabama

Why Mississippi State Could Cover The Spread

Mississippi State is free-falling as they have lost seven of their last eight games. After starting 11-0, the Bulldogs climbed as high as 15th in the AP Poll but are now unranked and in the bottom tier of the SEC. The underlying metrics still support Mississippi State being a solid team, however, as they rank No. 57 in KenPom and No. 62 in NET. While they have gone 10-0 in Quad 3 and 4 matchups, the Bulldogs are just 2-6 in Quad 1 and 2 games. As a result, Mississippi State does not currently project to make the NCAA Tournament.

Mississippi State is a defensive-minded team who loves to slow the game down and muck it up inside. The Bulldogs rank sixth in defense (58.3 Opp. PPG) and rank No. 324 in tempo. They hold opponents to the 14th-lowest field goal percentage in the country (39%) and do an excellent job of forcing turnovers. Mississippi State forces a turnover on 20.8% of opponents’ possessions – the 13th-highest rate in the country. While they are an average rebounding team overall, the Bulldogs are demons on the offensive glass. They lead the country in offensive rebounds per game (12.6 ORPG) and rank 50th in total rebound rate.

Offensively, the Bulldogs struggle to score points at times as they have just one player averaging more than nine points per game. Senior big man Tolu Smith leads the team with 13.7 PPG while his 8.1 RPG ranks fifth in the SEC.

Junior guard Shakeel Moore serves as their X-factor tonight given his recent scoring outbursts. Although he averages just 8.2 PPG for the season, Moore has been red-hot as of late. He’s averaged 13.5 PPG across their last four games. 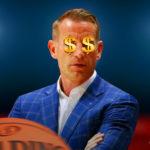 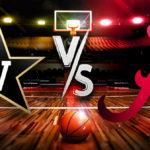 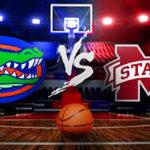 Why Alabama Could Cover The Spread

Alabama continues to climb the AP Poll as they come into tonight ranked second thanks to having just two losses. Those two losses came against UConn and Gonzaga – two teams ranked inside the top 20. The advanced metrics love the Crimson Tide as they slot in at No. 3 in KenPom and No. 3 in NET. That is largely thanks to an outstanding 10-2 record in Quad 1 and 2 matchups. Their six Quad 1 wins are tied for the third most in the country. Alabama currently protects as a No. 1 seed in the NCAA Tournament.

Contrary to their opponents tonight, Alabama features an elite offense that loves to get up and down. The Crimson Tide rank third in scoring (84.1 PPG) and play at the fourth-highest tempo in the country. They are absolutely lethal from beyond the arc, ranking ninth in made threes per game (10.3). Alabama also does an excellent job getting to the free two line as they average the third-most made free throws per game (18.4). Defensively, the Crimson Tide feature a solid unit that excels at protecting the paint and blocking shots. They rank 15th in blocks per game (5.4) but their real strength down low comes via their rebounding. Alabama leads the country in rebounds per game (46.4) while holding the 14th-highest rebound rate.

Alabama is led by freshman phenom Brandon Miller. A likely top-five pick in next summer’s NBA Draft, Miller leads the SEC in scoring with 19.8 PPG. Additionally, he ranks fourth in the conference in rebounding with 8.3 RPG. He’s scored 30+ points in two of his last three games and should be in for another big night after dropping 19 points and 11 rebounds on Mississippi State in their earlier meeting.

Alabama is rolling right now as no team has come within 10 points of them since December. Expect that to continue tonight as they’ve covered six of their nine home games.