The Los Angeles Lakers just released the first look at their epic new throwback jerseys for the upcoming season. It has generally been received with rave reviews, and the same can be said for superstars LeBron James and Anthony Davis.

For starters, here’s a look at the new unis which commemorate the white MPLS jersey from the 1950s:

Every legacy has a beginning.

LeBron caught a glimpse of the new unis and could not help but take to Instagram to share his hyped reaction to the new jerseys they’ll be donning in 2022-23. He decided to tag Lakers teammate Anthony Davis, who himself had an equally mind-blown reaction (h/t Jonathan Sherman of Lakers Daily): 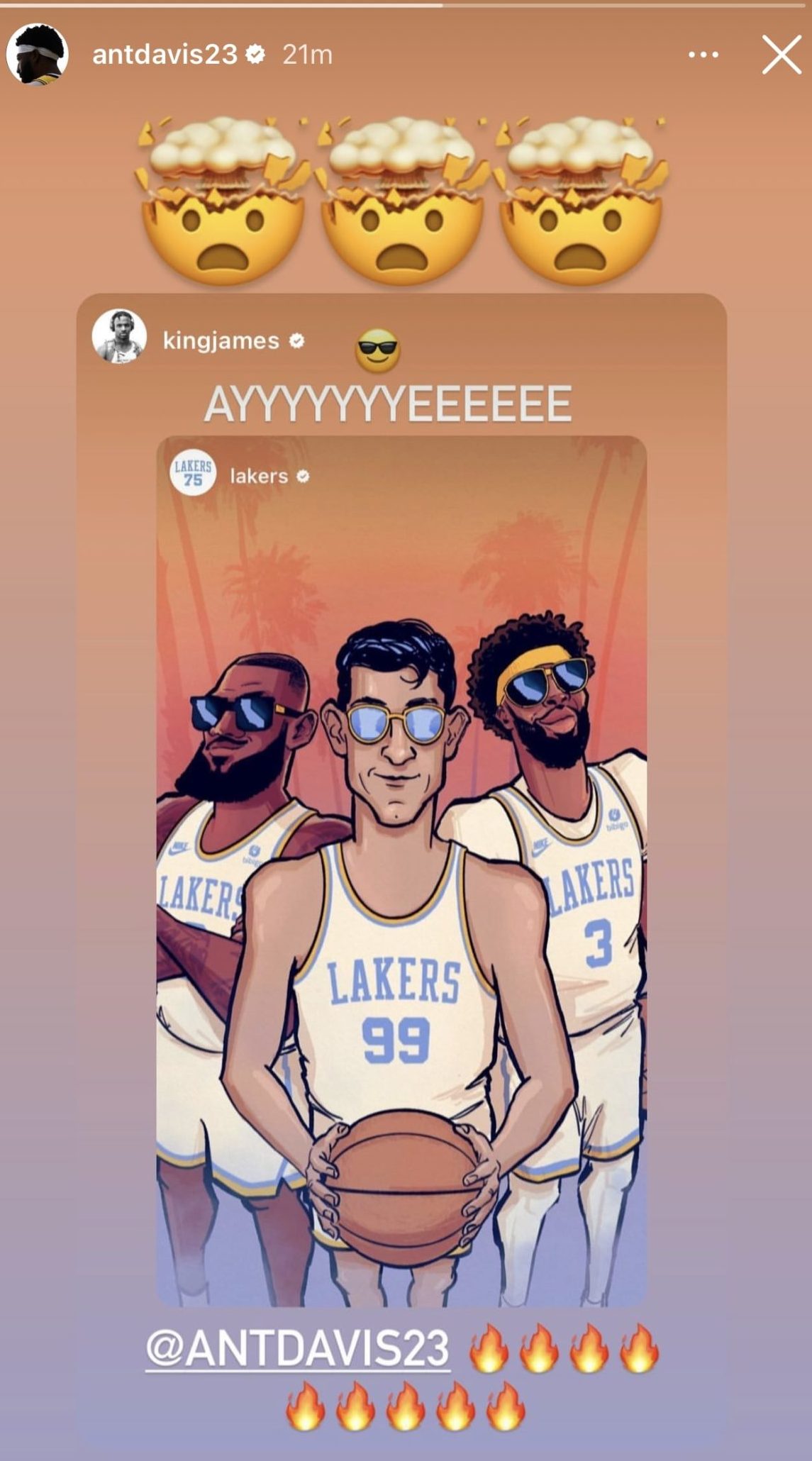 I’m not gonna lie, those unis look extremely fresh. I personally can’t wait to see LeBron James and AD put on those threads once the new season begins.

As mentioned previously, the new jerseys commemorate the 75th anniversary of the Lakers’ first-ever home uniform. It has been quite a journey for this franchise over the past quarter of a century. Being one of the most decorated organizations in all of sports, the Lakers have no less than 17 NBA championships to show for it.

The quest for title No. 18 has been on for the past two years, but LeBron and Co. have fallen way short of this ultimate objective. The Lakers will be hoping to make this dream a reality in 2022-23 as they look to bounce back from yet another miserable campaign last time. They aren’t exactly considered favorites right now, but it would be foolish to count them out.