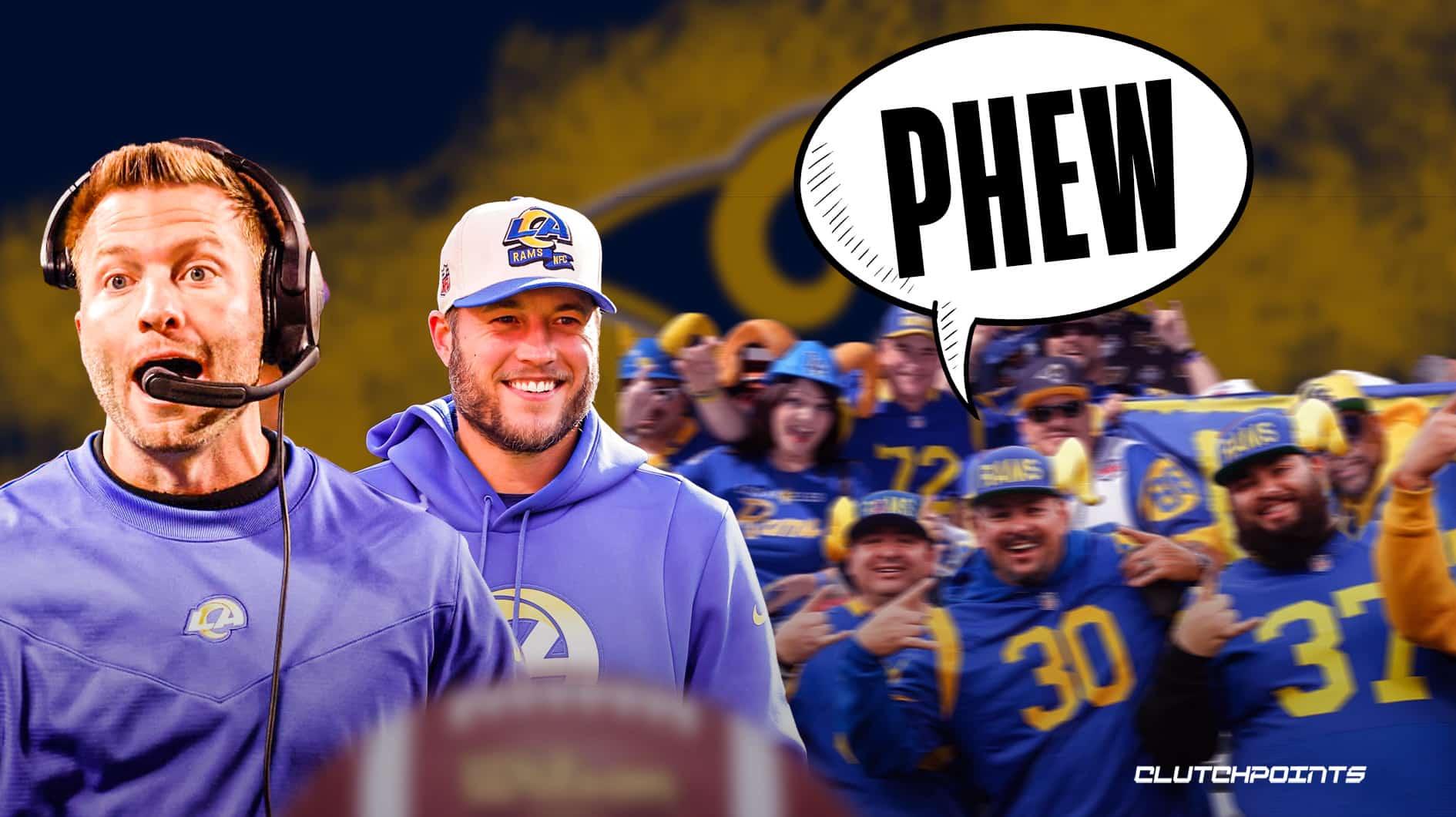 The 2022 season is pretty much over for the Los Angeles Rams at this point, and it’s no surprise that people in the organization are already beginning to look towards 2023. One player who doesn’t really have any choice but to look ahead to the 2023 season is quarterback Matthew Stafford.

Stafford was placed on the injured reserve on Saturday ahead of the Rams Week 13 action against the Seattle Seahawks with what was later revealed to be a spinal cord injury. Stafford will almost certainly not return to the field at this point, especially with the Rams continuing to lose, but there was concern over Stafford’s future as a result of this injury. Thankfully, Rams head coach Sean McVay said this injury shouldn’t be a long-term issue for Stafford.

“Rams HC Sean McVay said he expects QB Matthew Stafford (spinal cord contusion) to have a ‘healthy offseason.’ When asked if the injury is long-term, McVay said ‘no.'”

This is definitely a positive update, as any spinal cord injury has the potential to be very serious. Stafford definitely took a beating this season, and it’s not surprising to see he’s picked up such an injury after all the hits he has taken. But the good news is that it doesn’t sound like something that will end up holding him off the field past this season.

Given that the Rams are now 3-9 on the season, and missing several other key pieces in addition to Stafford, there’s no reason for him to take the field again this season. For that reason, Stafford is focusing on 2023 already, and it sounds like this spinal cord injury isn’t something that will stick with him past the current campaign.