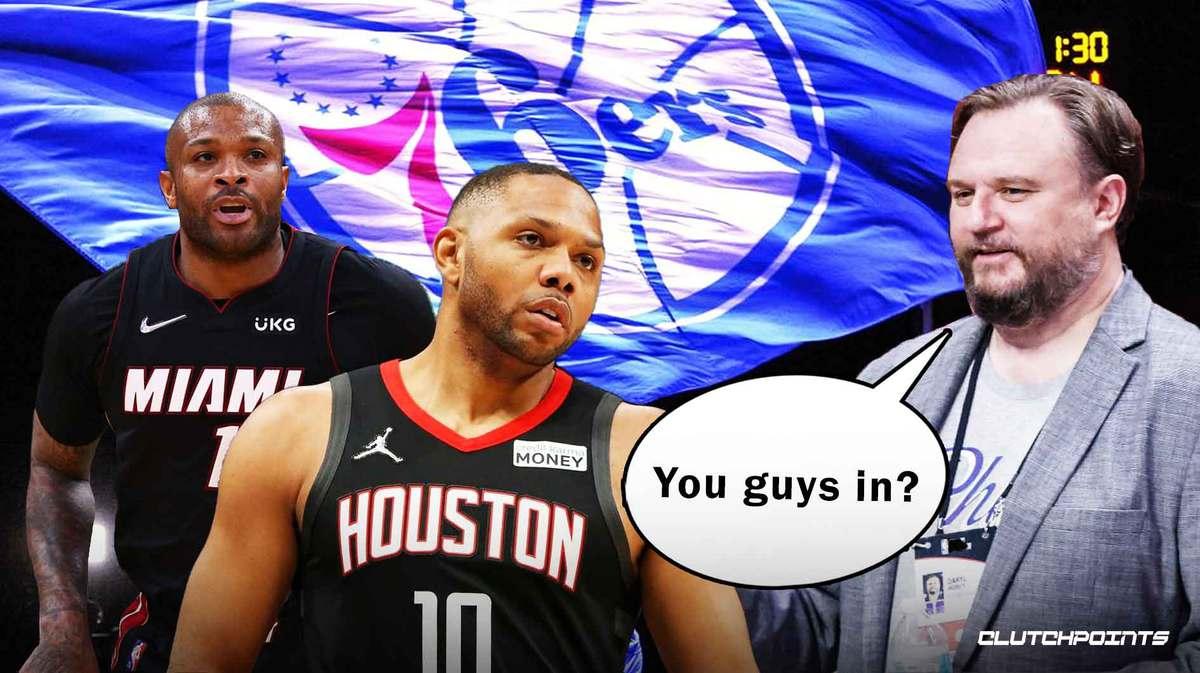 The 2022 NBA Draft is quickly approaching, and it wouldn’t be pre-draft time without trade rumors circulating the league. Of course, after falling flat in the playoffs, the Philadelphia 76ers are a main talking point in these conversations. One rumor focused on multiple star players being traded out of Philadelphia. Now, there’s more insight as to who the Sixers could get in return.

Brian Windhorst discussed the Sixers’ potential trade possibilities on ESPN, claiming that the team is a suitor for two different players ahead of the 2022 NBA Draft (via Talkin’ NBA).

Brian Windhorst with some intel on the following teams in regards to trades leading up to draft night:

According to the NBA insider, the Sixers are interested in Eric Gordon this offseason. However, they aren’t alone, as the Phoenix Suns are also interested in acquiring the Houston Rockets veteran.

Windhorst also reported that the Sixers are “in the mix” for PJ Tucker. The Miami Heat forward declined his $7.4 million contract and opted into free agency.

Fortunately for the Sixers, they have valuable assets to trade, and even more valuable assets to keep and drive other stars to Philadelphia. For example, they seem comfortable parting ways with three-time NBA champion Danny Green, who holds a lot of value. Meanwhile, they are building around league scoring leader Joel Embiid, Tyrese Maxey, and James Harden. This core is the perfect combination of talent, experience, and rising potential.

The NBA Draft is set for Thursday, June 23, and the Sixers hold the 23rd overall pick. Whether they use the pick or trade it for an established NBA star, the Sixers need to make some big moves this offseason.