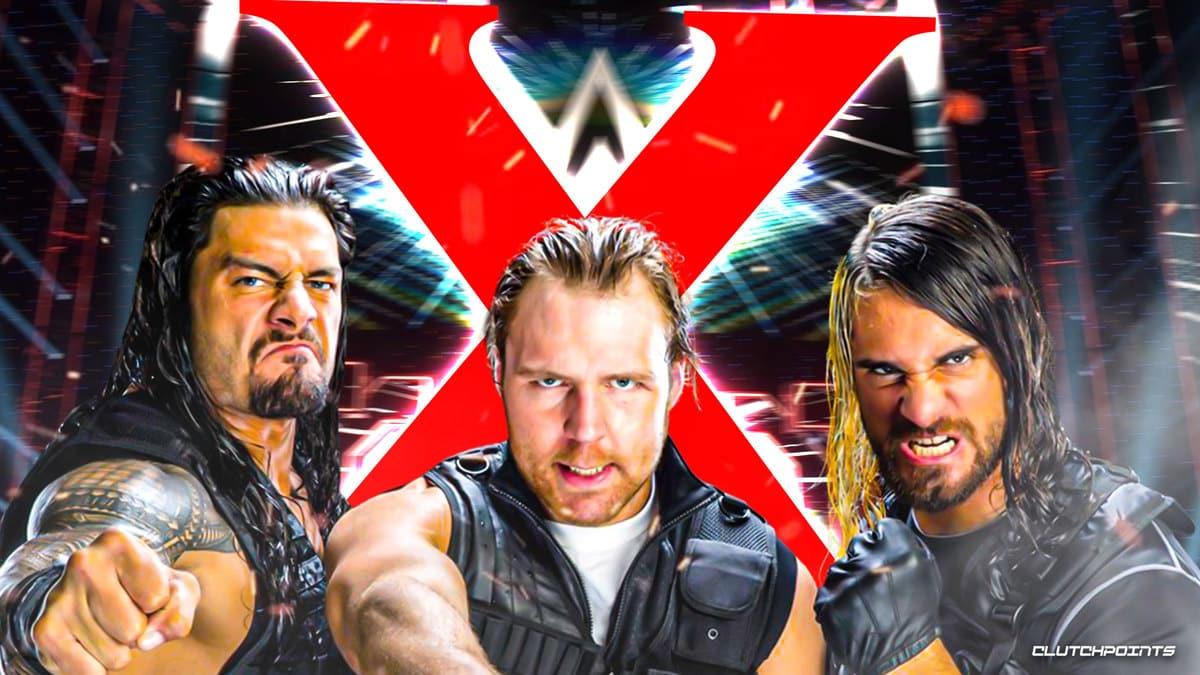 For a few years in the early 2010s, there wasn’t a cooler faction in the WWE than The Shield; they wore cool, all-black gear with potentially unnecessary kevlar vests, featured three of the top up-in-coming future main eventers in Seth Rollins, Roman Reigns, and Dean “Eventually Jon Moxley” Ambrose, and after going on a very impressive undefeated streak, the trio all held belts at the same time before their disbanding fueled even more fodder for the WWE Universe to soak up.

Remember, if you will, when Rollins turned his back on his Sheild brethren? When he cashed in his Money in the Bank contract on Reigns at WrestleMania 31? Or how about when Reigns beat Ambrose for the WWE World Heavyweight Championship at Survivor Series 2015? Goodness, remember arguably the biggest The Shield moment of all, when, after Rollins beat Reigns for the championship at the Money in the Bank main event?

No matter how much longer the three superstars perform in a wrestling ring, that will go down as one of the best moments in their respective careers.

Though the faction has reunited from time to time over the years, both as duos and as the full-on trio but the prospects of a full-on reunion has largely gone flat, as Ambrose’s decision to drop the “Lunatic Fringe” in favor of an incredibly successful run in AEW has effectively quashed the prospects of such a potential pairing for the foreseeable future. Sure, Rollins and Reigns have wrestled from time to time since the final The Shield match back in 2019, on 23 occasions actually, but it’s just never been the same – even The Bloodline, which is incredibly popular, has failed to reach the same level of excitement as Seth, Roman, and Dean/Jon in the ring together, even if the vests probably aren’t needed anymore.

And yet, when asked about The Shield’s future, Rollins does very much believe that the unit will share the ring on one more occasion. The only catch? It’ll be when their in-ring days are collectively over.

Don’t expect to see The Shield back together in the WWE anytime soon.

In an interview with Digital Spy, Seth Rollins was asked a question he probably didn’t expect but was ready for nonetheless: Will the WWE Universe ever see The Shield in a ring together? Here is his response as dictated by Stephanie Chase.

“I can say that, and maybe this might come back to bite me at some point, but I just don’t think you’re ever going to see the three of us team up ever again. It wouldn’t look the way you want it to look. It wouldn’t be like the old days in The Shield, it would be a different animal. I think we’re all just too big stars with too big personalities at this point.”

“We needed each other back then and now none of us need the other one,” he continued. “We’re at a point where we’re all standalone stars on a different level. So to have to kind of minimize that to fit into each other’s moulds, I just don’t see it ever happening again. I think it would look a whole lot different than the next time you see us together.”

All things considered, this isn’t particularly surprising; again, Dean Ambrose is a member of the WWE Alumni page for a reason, and based on how he announced his return to the independent wrestling world, and his Jon Moxley gimmick, he probably isn’t coming back to The Fed at any point in the immediate future. Still, he has said that he’d be open to doing business with Vince McMahon and company in the future, which feels like a suggestion that an eventual The Shield reunion at something like the Hall of Fame – or way in the future, 2010s nWo style – could be in order.

Considering the WWE was willing to induct Sting into their Hall of Fame after just four matches in the promotion – and frankly, he never should have wrestled for them in the first place – there’s little reason to believe Mox – and, to be fair, Chris Jericho – shouldn’t be welcomed with open arms when their in-ring careers come to an end.

Would a Shield reunion in 2022 be cool? Initially? Oh heck yeah; after everything that has happened since 2019, just seeing the trio grab a bite to eat at Jimmy’s in Baltimore would garner dozens of headlines. But eventually, that hype would fade, and folks would start to miss what each performer has done since, from The Bloodline to Seth Rollins’ half-dozen different gimmicks, to Moxley’s run in the WWE.