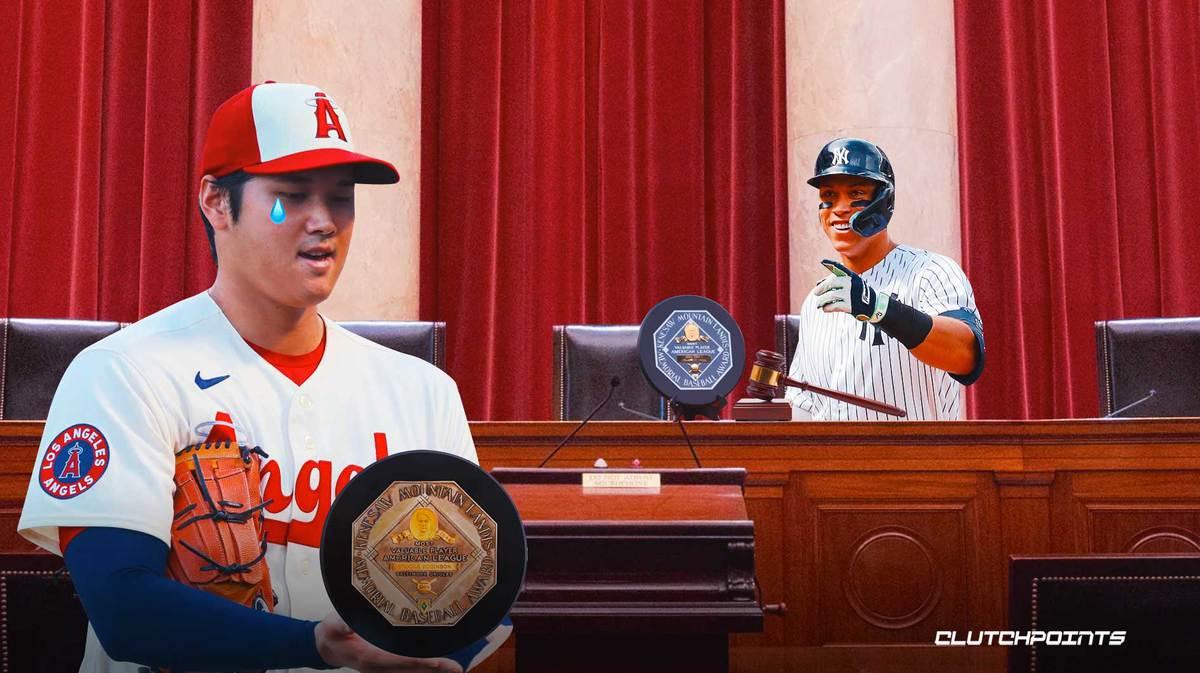 New York Yankees outfielder Aaron Judge has been on a tear as of late. Judge hit his 54th home run of the season, a two-run bomb in a 5-2 victory against the Minnesota Twins, powering the Yankees to another victory to protect their AL East lead over the Tampa Bay Rays. He tied the polarizing Alex Rodriguez for most home runs hit by a right-handed Yankee hitter, and he remains on pace to shatter Roger Maris’ American League record of 61 HRs in a single season.

But will Judge be able to surpass the dynamite two-way play of the Los Angeles Angels’ Shohei Ohtani, and claim his first AL Most Valuable Player award?

There are no easy answers to this debate. Ohtani, the 2021 unanimous AL MVP, is the most unique player in MLB history. Ohtani is one of the best pitchers in the league, with a 2.75 ERA and 181 strikeouts (4.4 WAR) in only 23 starts (136.0 innings pitched) and one of the best hitters, having recorded 30 HRs and 82 runs batted in (3.2 WAR). The 28-year old unicorn is performing both as an ace and a cleanup hitter for the Angels all the while taking up only one roster spot.

Make no mistake, Ohtani, should he win a second-consecutive MVP award, will be a deserving winner. But so is Judge, especially after setting the league on fire this season. Yankees fans will hope he finally wins his much-deserved MVP after feeling that he was robbed in 2017 when Jose Altuve took home the acclaim.

These are three reasons why Aaron Judge should win the AL MVP award over Ohtani:

3. Aaron Judge’s offensive production is in another stratosphere

Aaron Judge’s offense isn’t just built on empty calories run production like, say, a Kyle Schwarber, who is second in the MLB to Judge with 36 HRs, but with a paltry (in comparison) 1.7 WAR due to struggles with hitting for average that drags his on-base percentage down. Judge has no such issues, hitting .299/.401/.674 and his 8.7 WAR is proof of his complete offensive game. Sure, Judge strikes out a lot, his 25.5% strikeout rate putting him at 21st in the MLB, but he walks a ton, with his walk rate of 13.8% a top-10 number leaguewide.

When Judge makes contact, you could bet that baseball is going somewhere far away. Judge is posting an obscene .374 Isolated Power, 75 percentage points better than the number two, Houston Astros’ Yordan Alvarez. His gaudy home run totals will continue catching headlines, and rightfully so, but Judge also leads the league in WRC+, a stat that measures how many runs a player produces relative to league average, with 199.

In a down season for power production in the MLB, Judge has bucked convention. According to Baseball Almanac, the MLB has cumulatively hit 4,270 HRs this season, down a huge amount from the 5,940 hit last season and the 6,776 hit in the last pre-pandemic season in 2019, even if there is almost a month left in the season. Changes to the baseball might be to blame for this drop-off, but don’t tell that to Judge. In less plate appearances than his MVP-caliber season in 2017, Judge has already surpassed his previous career-high in homers. His run production has never been better when compared to the league.

In a game predicated on scoring runs, Judge being the undisputed best at manufacturing them should be rewarded.

2. History is within Judge’s grasp

In 2012, the Angels’ then-upstart outfielder, Mike Trout, didn’t capture the MVP award due to the history that was made. Ten years later, will another Angels star be neglected in the MVP race due to similar reasons?

Similar to Miguel Cabrera’s 2012 AL MVP-winning season when Cabrera posted the first batting Triple Crown since Carl Yastrzemski in 1967, MVP voters will surely be drawn to history if Aaron Judge continues to hit balls out of the park at an absurd rate.

Judge is on pace to make history and end the season with 65 HRs, breaking Maris’ 61-year old American League record. That is an achievement that cannot be taken lightly, as there are still some that regard Maris’ achievement as the single-season record for HRs hit, as those who have surpassed him since have legacies tainted with the use of PEDs.

Judge, for all we know, is clean, and it will be difficult for some old-heads and traditional voters to overlook Judge if he is able to hit a 62nd dinger later on in the season.

1. Winning should still count for something

Yes, this is not the NBA where a single player has considerable influence on the outcome of the game. Batters only come to the plate around four times per game, while starting pitchers only dictate the game once every five days. But when the resumes of the two leading MVP candidates are similar and there’s no clear-cut superior choice, the difference in team winning percentage could still make a difference in determining who takes home the trophy.

Sure, it might be unfair to penalize Ohtani for being in a crappy team. It’s not the Japanese international’s fault that the Angels are a putrid 58-76, as without his contributions, they will surely be even worse. Put Ohtani on the Yankees in place of Judge and you could argue that the Yankees would have an even greater lead in the AL East.

Nevertheless, it’s a bit pointless to focus on the what-ifs. Ohtani’s two-way value is immense for sure, but Judge’s production stands as the difference for New York in the AL playoff hunt. There is value in transforming a team from awful to mediocre, like Ohtani does for the Angels, but the value of turning a team from good to great should not be overlooked, and that’s what Aaron Judge does for the Yankees.

All stats were taken from Fangraphs.com unless otherwise noted.