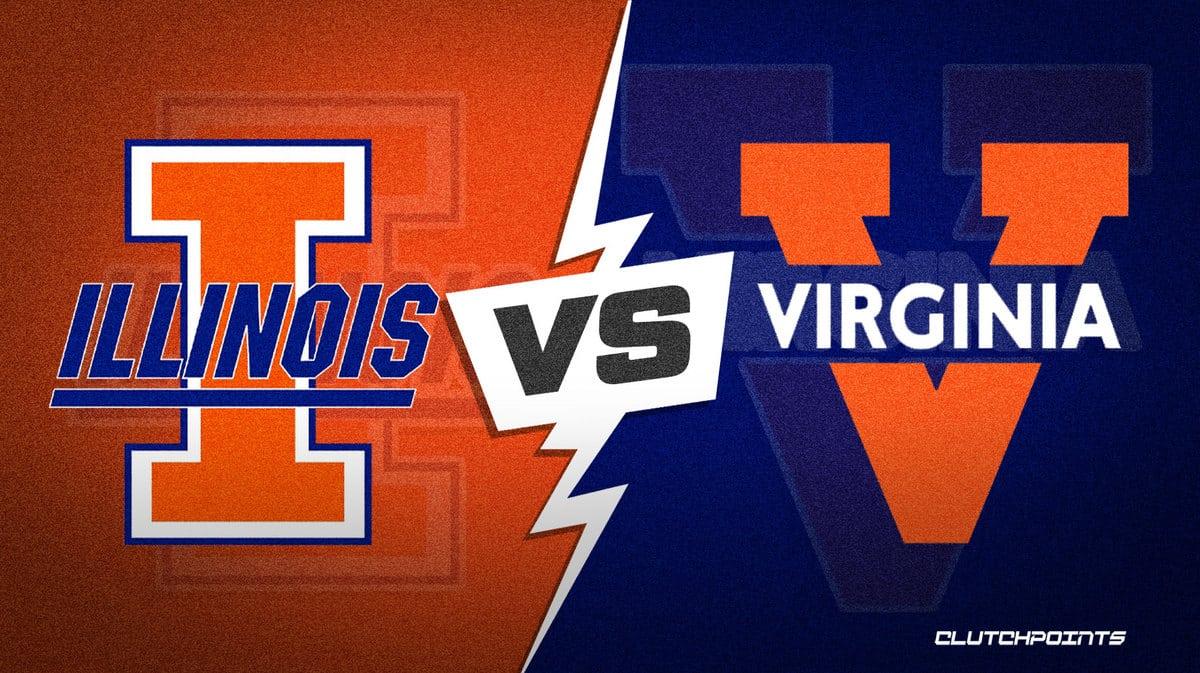 The Illinois Fighting Illini take on the Virginia Cavaliers. Check out our college basketball odds series for our Illinois Virginia prediction and pick.

The Virginia Cavaliers won the 2019 national championship because they married Tony Bennett’s signature “pack line” defense with an offense which could produce. Virginia knows how to defend; the question is always if the Hoos can shoot. The past few years, they could not. It’s why they fell off the map and lost the national relevance they had established from 2014-2019.

On Friday in Las Vegas, Virginia’s offense made a big early-season statement against the 2021 national champion Baylor Bears. Baylor also hangs its hat on defense, so the game figured to be an uphill battle for Virginia’s offense.

The Hoos exploded for 56 points in a stunning second half en route to an 86-79 win over the Bears. Indiana transfer Armaan Franklin, who struggled last season at UVA, scored 26 points on 7-of-12 shooting. Kadin Shedrick made all six field goals and scored 17 points to help the cause. Ben Vander Plas contributed 14 points on 4-of-5 shooting. It’s not just the scoring, but the efficient shooting, which should jump off the page. If Virginia is shooting for a high percentage in addition to defending well and providing great effort at every spot on the floor, this team will be tough to beat, and it will regain a top-tier spot in college basketball this season.

The Illinois Fighting Illini have lost Kofi Cockburn, their massive big man, to the pros. They don’t have other pieces from last season’s roster, which lost in the Round of 32 to the Houston Cougars in the NCAA Tournament. However, the transfer portal enables coaches to immediately retool their rosters. Illinois and coach Brad Underwood grabbed two elite transfers who will make Illinois a factor in the Big Ten race.

Terrence Shannon is a transfer from Texas Tech. He made a big splash on Friday night in Las Vegas against UCLA. Shannon scored 29 points on 9-of-13 shooting to lead the Illini to a 51-point second half and a 79-70 win over the Bruins.

Shannon’s backcourt excellence is complemented by the frontcourt quality of Matthew Mayer, a member of the 2021 national championship team at Baylor who transferred to Illinois this past offseason. With quality veteran transfers on this roster, Illinois has taken steps to make sure that it remains a major national player in college hoops.

Courtesy of FanDuel, here are the Illinois-Virginia College Basketball odds.

Why Illinois Could Cover the Spread 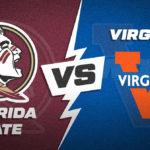 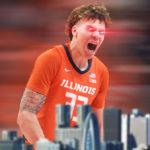 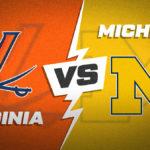 This is a fascinating game to predict, and as you can see, it is basically a pick ’em, so you’re really choosing between the two teams. Why should Illinois win? If you think that beating a veteran UCLA team (as Illinois did on Friday) is a more impressive statement than beating a reworked Baylor roster (which lacks Matthew Mayer, who transferred to Illinois), that should probably tip the scales in favor of the Illini here.

Why Virginia Could Cover the Spread

The Virginia team is playing during a week of grief and mourning over the shooting deaths of three Virginia football players. It might seem in bad taste to mention that kind of angle, but this is a real emotional part of the backdrop to this game and to this weekend in Las Vegas. Virginia looks like a team which is driven to play well not only for itself, but for a grieving university community. That’s an intangible element of this game which simply doesn’t apply to the other big college basketball matchups you see on the Sunday slate for Nov. 20.

This game is basically a pick ’em. The Illinois win over UCLA should rate as slightly better than Virginia’s win over Baylor. Go with Illinois.