WWE’s The Miz and Brian Windhorst respect each other’s game. When discussing the prospects of Logan Paul returning to WWE, and whether or not the duo will be friends or foes when he does, The Miz struck a very familiar pose to anyone who spends a little bit too much time on NBA Twitter: The Brian Windhorst.

Yup, you read that correctly, just when fans thought the prospects of a posing-based storyline were finally over, they come roaring back with the WWE’s second-biggest heel on RAW: You have to, um, give it to Vince McMahon, he isn’t afraid to run a bit into the ground.

Throwing up the hands while explaining his situation, The Miz’s reaction immediately went viral on Twitter and caught the eye of Windy himself, who happens to have a history with Mr. Mizanin.

Look, Miz and I go way back pic.twitter.com/ut1vmMHA4Y

Man, Windhorst is one cool dude.

Now as you may or may not know, both Windy and Miz are from Ohio and, in maybe the weirdest twist of fate you will read all day, they are actually just three years apart in age. Two sons of the Buckeye State at the top of their respective fields doing what they were born to do; talk hoops and talk smack on any WWE wrestler who happens to cross his path – boy America really is is the land of opportunity.

In a way, Brian Windhorst and The Miz are polar opposites. One is a fan favorite and one is a heel, one works for ESPN and the other WWE – the two biggest media companies in Connecticut – and one is an incredibly hard worker while the other yells at the man now known as Bryan Danielson for suggesting he isn’t. 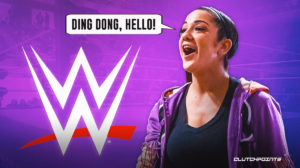 JUST IN: 3 ways for WWE to bring back Bayley post-Money in the Bank
Related TopicsBrian WindhorstRawthe mizTwitterWWE