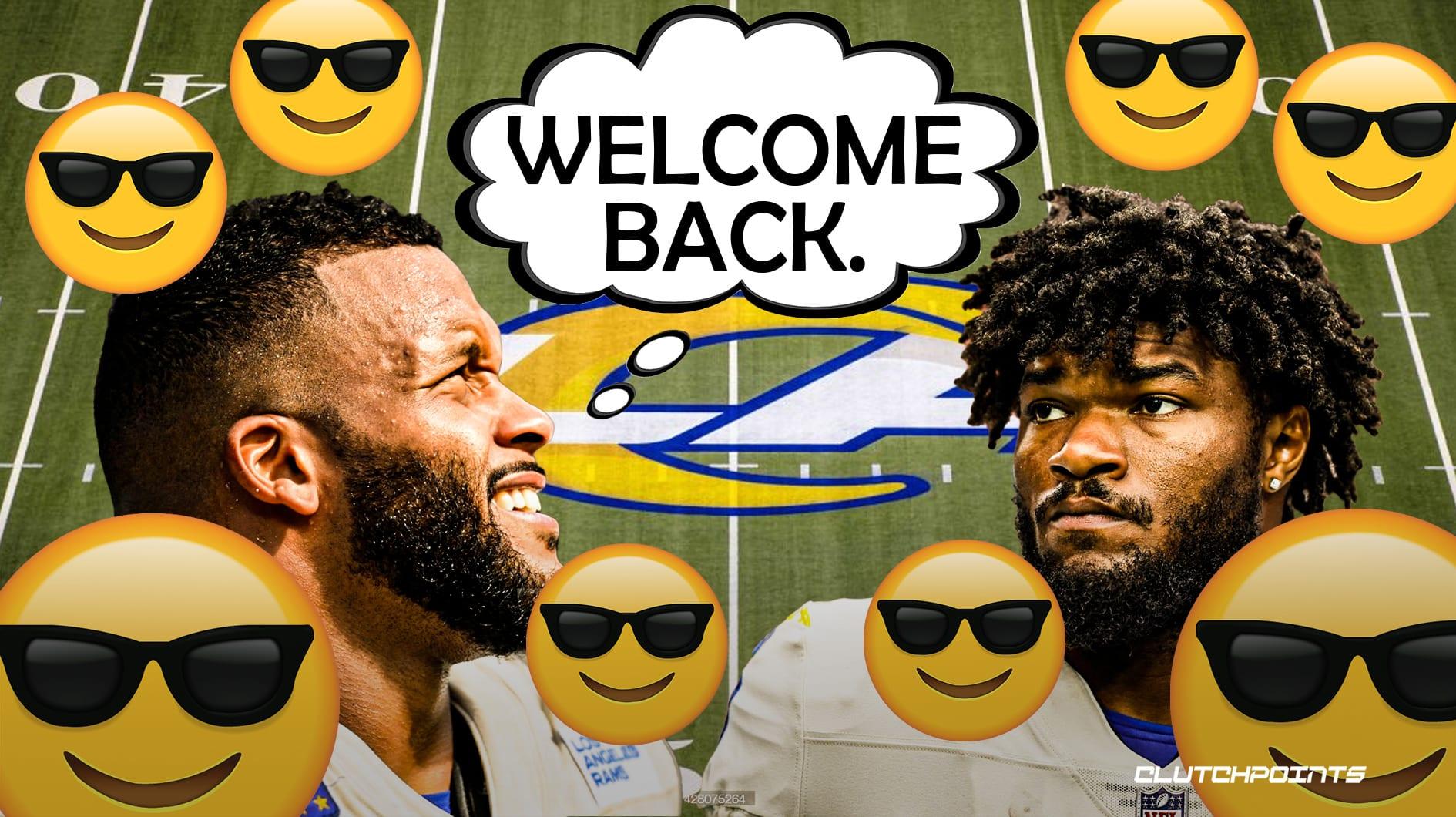 A report yesterday indicating that the Los Angeles Rams will seek to repair their relationship with running back Cam Akers is seemingly taking its first steps in the right direction. The third-year back returned to Rams practice on Thursday, and according to Steve Wyche of NFL Network, defensive tackle Aaron Donald says Akers is “in good spirits.”

Donald added that Akers “seemed to be happy to be back” with the team on Thursday, a good sign as the team prepares for Week 9’s matchup against the Tampa Bay Buccaneers on Sunday. Whether or not Akers, who has not suited up for the Rams’ previous two games, will be active for Sunday’s game remains to be seen. Regardless, the former third-round pick’s contributions will be a welcomed addition to the NFL’s fifth-worst scoring offense, according to Pro Football Reference.

The feud between Akers and the Rams dates back to Week 6 when he was mysteriously ruled out for the game against the Carolina Panthers in what the Rams called a “football-related” matter. Later, reports revealed Akers’ dissatisfaction with his involvement in the offense and “philosophical and football-related differences” with head coach Sean McVay.

For now, if the word of Aaron Donald is any indication, the situation has mellowed out. Currently sitting in third place in the NFC West with a record of 3-4, the Rams have their work cut out for them to make the playoffs. Will Cam Akers suit up against the Buccaneers? Can the Rams find a way to improve upon their league-worst rushing yardage total and push for a Super Bowl repeat? Only time will tell.