Bayley brings some friends to her WWE SummerSlam return 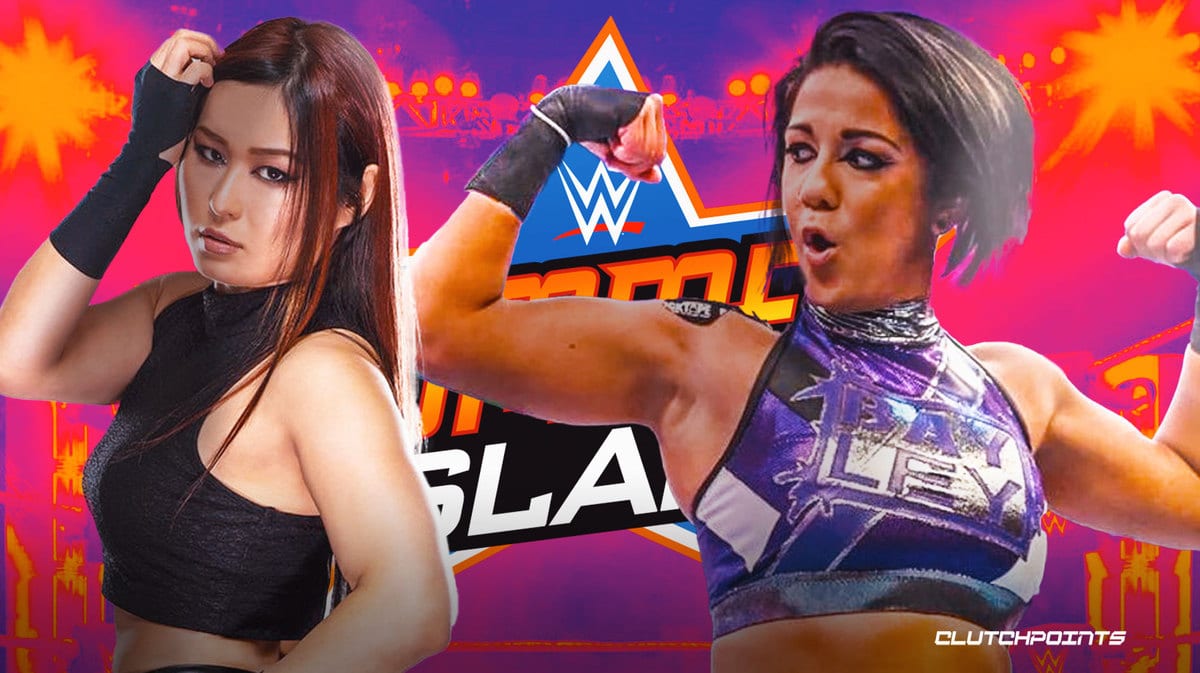 Folks, after over a year away, Bayley is officially back in the WWE Universe, and it looks like she’s brought some friends.

Yup, you read that correctly; after suffering a torn ACL in the leadup to Money in the Bank 2021, Bayley has returned to the WWE Universe with a new, all-white outfit – including cargo pants that weirdly caught the imagination of the internet – a new faction, and the same old hellish attitude to boot.

But you, you may ask, are the other members of this faction? Well, see for yourself.

Holy heck, Triple H is taking a shot at Booker of the Year.

Now, in case you didn’t know, bringing these two ladies to the main roster is a pretty freaking big deal; Io Shirai was reportedly unhappy with her booking in NXT and was seriously considering returning to Japan when her current contract came to an end. One of the best female wrestlers in the promotion, regardless of brand, keeping the former NXT Women’s Champion around in a more expanded opportunity is a stroke of genius for the H man.

And as for Kai? Well, as Corey Graves pointed out on commentary, she wasn’t even under contract with the company heading into the night, as she was released earlier in the year and was preparing to go by the name King Kota back on the indies. Securing her services once more not only adds a major wrinkle to the RAW brand, but has the added bonus of getting a big-time pop from the fans both in attendance and online and inadvertently, finally turned Becky Lynch back to face to help fight off Bianca Belair’s new the female foes. A+ stuff from the former NXT head honcho.