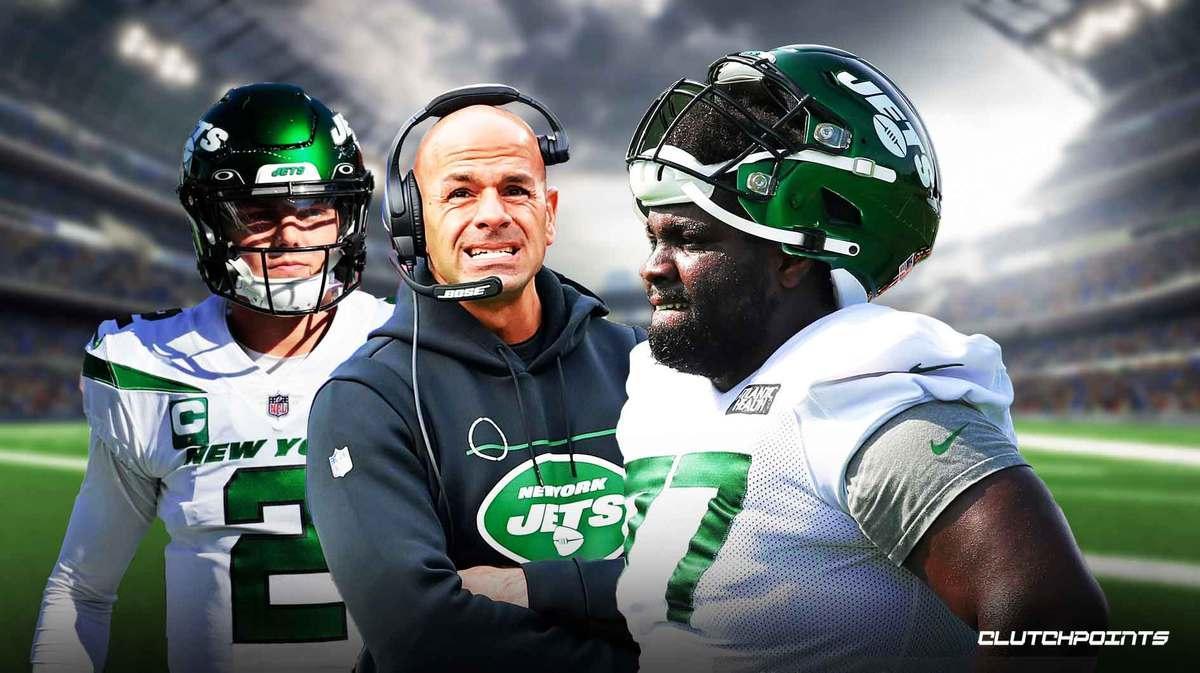 Mekhi Becton posted a somewhat positive message on Instagram following news Tuesday that the New York Jets tackle is likely done for the season before it even starts because of a knee injury.

Per reports, Becton sustained an avulsion fracture during practice Monday and will require surgery on his right knee. Jets coach Robert Saleh did not get into specifics, only saying that Mekhi Becton will go for a second opinion Wednesday and likely won’t play this season.

#Jets OT Mekhi Becton has suffered an avulsion fracture of the right knee cap, per me and @MikeGarafolo. He’s seeing a surgeon tomorrow, but likely is out for the year. Brutal.

It’s the second straight season sabotaged by a knee injury for Becton. He sustained a dislocated kneecap in Week 1 last season and missed the final 16 games. The 11th overall pick in the 2020 NFL Draft played 14 games (13 starts) as a rookie but finished just eight of them because of injury and illness.

He was injured Monday blocking John Franklin-Myers during a running play. Mekhi Becton’s knee bent back and the 6-foot-7, 365-pound lineman fell to the ground and immediately grabbed his right leg. He was noticeably limping when helped to the locker room.

Though his conditioning and durability were heavily scrutinized during the offseason, Becton reported to training camp in good shape and stood out with his solid play. A switch to right tackle did not phase him and the Jets were optimistic they had a solid starting five in front of young quarterback Zach Wilson.

To pile on with this grim news, the Jets offensive line was manhandled by the defense during practice Tuesday. Wilson was sacked eight times, including twice on the final three plays. While that’s a good sign for the defense, it’s a major red flag for the offense.

The Jets are thin behind Becton and George Fant at tackle. Veteran backup Connor McDermott is out 1-2 weeks with an ankle injury and was having a subpar camp. Chuma Edoga, a fourth-year pro, has had a rough time when playing against the Jets No. 1 defense. And Max Mitchell is a raw rookie.

General manager Joe Douglas said “the wheels are in motion” in the Jets negotiations with veteran tackle Duane Brown. The soon-to-be 37-year-old, a five-time Pro Bowler, is a free agent and visited the Jets on Saturday.

Saleh said several times that he felt “sick” about Mekhi Becton having to deal with another season-ending knee injury and was clearly distraught Tuesday after expressing positive vibes Monday with his initial thoughts following the injury.

Becton showed his appreciation for Saleh on social media after the coach met with reporters.

Though “It’s not over” is the big-picture mantra for Becton, his season is over. Again.

Simply a brutal day for the New York Jets.