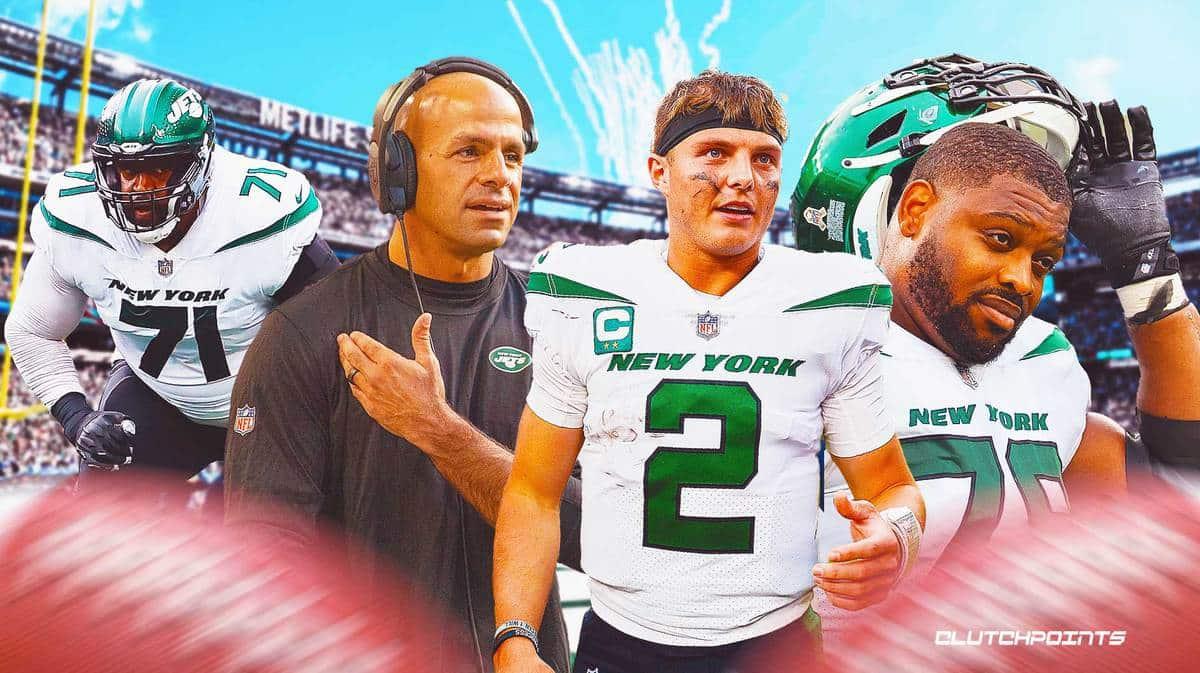 Mike White continues to receive praise from his teammates, but coach Robert Saleh is still saying that Zach Wilson will be back on the field as the New York Jets quarterback before this season ends.

“I’m still right there with that statement,” Saleh answered when asked Monday if the Jets will turn to the benched Wilson at some point.

Saleh seemed uncomfortable fielding questions about whom the No. 1 quarterback is. He did confirm that White will make his third straight start Sunday when the Jets visit the Buffalo Bills and that Wilson will be inactive once again.

“Mike is capable for sure,” Saleh said. “This is Mike’s opportunity to make noise … we’ve got all the faith in Mike … and will give him every chance to succeed.”

When asked if Mike White could ruin the plan to get Wilson back on the field, Saleh laughed off the question (but didn't answer). And when asked if he was open to idea of White being the long-term answer at QB, Saleh said: "one week at a time, one week at a time guys." 2/2

Despite struggling to get the Jets into the end zone — they kicked five field goals and scored only one TD, on a White 1-yard run — and throwing two picks, White clearly has the support of his teammates. Wide receiver Garrett Wilson said after the loss, “He’s got something special about him.”

On Monday, offensive linemen Laken Tomlinson and Duane Brown discussed how White has impressed with his toughness. Each veteran pointed to a fourth-quarter sequence when White was drilled on a third-and-ten incompletion. He was slow to get up, but White shook off the hit and came back the next play to throw a 31-yard dart to Corey Davis on a must-have fourth-and-ten completion.

Mike White gets squashed on third down and gets up slowly. Next play, he rips a fourth-and-10 completion to Corey Davis in a tight window.
Laken Tomlinson: “Incredible, really. The kid’s a tough kid.” 🎥@NextGenStats#Jetspic.twitter.com/QVEjorhdUE

“That play shows what he’s made of,” Brown said. “He never wavers.”

Though Saleh continues to praise White, he’s also not wavering about the Jets’ plan for Wilson.

When Saleh first announced the No. 2 pick in the 2021 draft was being benched, he stated that “the full intent is that Zach gets back on the football field this year.”

Saleh said Wilson is working through a reset, specifically trying to regain his confidence and better throwing mechanics.

“Zach is doing everything right” in trying to win back the starting job, Saleh explained.

The Jets (7-5) are in the thick of the playoff hunt and need to play the quarterback who gives them the best chance to win. They currently have the final wild card in the AFC, trying to reach the postseason for the first time since 2010.