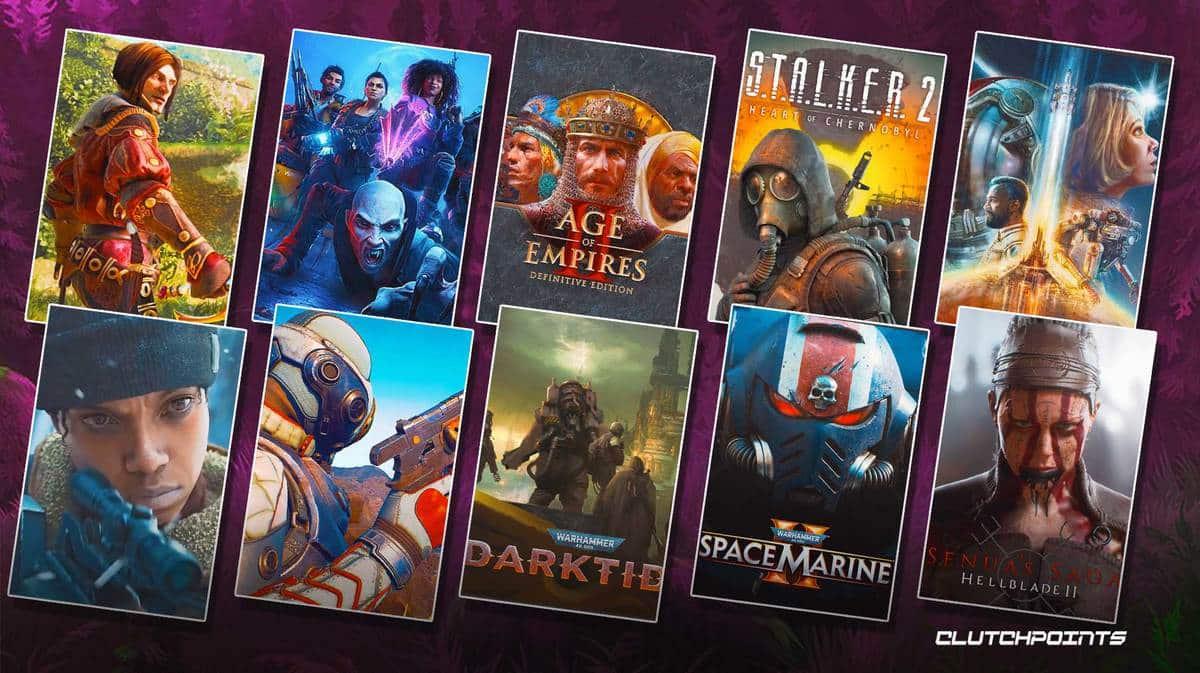 Let’s be real here for a second – it’s becoming clearer and clearer that Microsoft is beating Sony in the console wars right now. Of course, the best way to game is to have all the consoles – but the real winners between PS-only and Xbox-only fans are the Xbox crowd. Have you seen that Xbox and Bethesda Game Showcase? If you haven’t then you should check out this list. You might have missed some of these amazing games coming to the Xbox Series X not coming to PS5 and the Nintendo Switch.

While most of the games below aren’t coming out any time soon – and a huge chunk of their number are coming out later than 2023, these are still some fantastic titles everyone should look out for and should be a heavy reason why gamers should consider getting an Xbox Series X.

One of the more surprising news to come out of the Age of Empires Anniversary celebration last month was the announcement of Age of Empires heading to Xbox consoles. While we’re also looking forward to the Age of Empires IV release for the Xbox Series S and Xbox Series X in 2023, we’re more excited right now about the Age of Empires II Definitive Edition coming out for the consoles on January 31, 2023. We’re sure that this is great news, but we’re not sure how the game would actually play with a gamepad instead of the mouse and keyboard we’re all used to – but that just adds more to the excitement!

The developers of the Forza games will be using the same engine for their racing open-world to bring this RPG series into the open-world sphere as well. Fable has a very strong following, even in spite of the many disappointments it has given its fans over time. Still, Fable remains to be one of the most promising and most hyped games coming to the Xbox Series X.

While we don’t have a lot of information yet about this game, knowing that Playground Games will be handling it should give its followers some form of reassurance. We only have a cinematic trailer so far with no gameplay footage available. Development has been ongoing for the game for at least four years at this point already, so we’re really hoping we can hear more about this game very soon.

Announced a full year ago, Undead Labs’ third game in their popular franchise will continue being exclusive to Xbox consoles. State of Decay 3 will try to fix the ills of the second game, especially since the first one was so much more successful in the eyes of critics. Coming out on the Xbox Series X, the third game will aim to get the series back to form. In addition, it appears that Undead Labs is even working with The Coalition for this game, so there really are a lot of talent working behind this product.

Sadly, we don’t have a lot to go for with State of Decay 3. The game continues to be in production, and won’t be coming out anytime soon.

While we can’t expect Activision Blizzard Xbox exclusives yet, we’re definitely getting Bethesda exclusives already this year. Wait, scratch that. Bethesda just delayed the release of this game yet again.

When Bethesda isn’t busy porting Skyrim to everyone’s appliances, they actually make new games. The game studio’s first foray in a while outside of their established franchises will be Starfield. When it was revealed that it’s going to be an Xbox Series X console exclusive, everyone lost their collective wits. If anything, Starfield could be Microsoft’s ticket to the console wars in this early part of the console generation. It could become the title you’d be buying the Xbox Series X for. After all, Bethesda head honcho Todd Howard said that they’re going back to making “hardcore RPGs” like they used to do before with Starfield.

Or it could be a total bust, like Fallout 76. Nevertheless, Starfield remains to be one of the most anticipated new releases for Microsoft’s new console. But thanks to the infamy of Todd Howard, Starfield is already starting to be included in “upcoming games already hated” lists.

The game’s latest technical showcase had many fans comparing it to No Man’s Sky – but in our opinion, this game looks good so far and the comparisons aren’t that unflattering. Instead, Starfield looks like a game that looks like how No Man’s Sky is supposed to look. We just hope that it really can deliver on its promises, because it would be a very, very massive shame if it didn’t.

Everwilds is a brand-new IP from Rare where players will get to experience a unique and unforgettable experience in a natural and magical world. Rare is famous for Banjo-Kazooie and the original Donkey Kong Country games. This new game hasn’t made a lot of appearances lately, but we haven’t forgotten about the game since it was first announced back in 2019. The game looks terrific, and we hope that the game does have this kind of graphical fidelity when the game finally comes out, whenever that may be.

It’s been a long while since the official announcement trailer for The Outer Worlds 2 came out. That trailer didn’t reveal much apart from the fact that it’s under development. Since then, there haven’t been much news about the Fallout-like’s sequel, but it doesn’t tamper our anticipation for this game at all. The first one wasn’t really a head-turner, but for Fallout fans, it was a breath of fresh air that broke their shackles to Bethesda’s less-satisfying recent offerings. So, it’s understandable that, with or without new details, people feel hyped up for The Outer Worlds 2.

We can’t get enough of loot, and we can’t ever get enough of looter shooters. After releasing a great PS5-only game in 2021 in the form of Deathloop, Arkane Studios turns around and goes ahead developing another sure hit, this time for the Xbox Series X. It will take a long wait for Xbox fans to get their hands on Arkane’s latest, however, as Redfall isn’t due to come out the first half of 2023.

There are two scenarios where you’d want to play Warhammer 40K: Darktide. One, you’re a Warhammer 40K fan and want to experience getting your boots on the ground for once. Two, is if you’ve played Warhammer Vermintide and thought, “damn, I wish I was shooting guns here instead of swinging swords.” Darktide and Vermintide are developed by the same people, and you’ll surely get your money’s worth if it’s as well-made as Vermintide.

Sadly, while it was originally announced to come out in late 2021, the game’s release has just been pushed back to this year. That means more time for Fatshark to fine-tune the game, but that also means a longer waiting time for us. Fatshark would later reveal that the game will be coming out on September 13, 2022. However, Fatshark would go back on this as they say they need more time to polish the game further. This would lead to a PC-first release on November 30, 2022, as opposed to the originally-planned simultaneous release. The game currently has no set release date for the Xbox Series X. 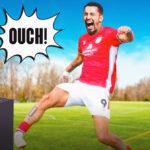 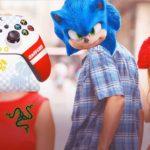 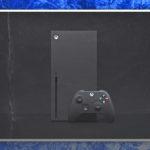 The sequel to the critically-acclaimed Hellblade: Senua’s Sacrifice will be an Xbox Series X exclusive. That means Sony and Nintendo loyalists who thoroughly enjoyed the game will be forced to get a Microsoft console just to play Senua’s Saga: Hellblade II. That, or settle with playing it on a PC. Tough luck if they don’t have a strong enough gaming rig to play this game. Either way, some people might have to fork out some cash to play this game. Hellblade II ups the ante as well by using Epic’s new Unreal Engine 5. If you still need convincing, then you just need to watch its TGA 2021 trailer above.

Regardless, Senua’s Saga: Hellblade II will surely hype up a lot of its fans. It’s an important video game in the industry – one that successfully covers sensitive topics with great care and nuance. Those who enjoyed the first one will surely, surely, give the Xbox Series X a chance.

Finally, we talk about a sequel that is over a decade in the making. Fans of the original STALKER game rejoiced when STALKER 2 showed up during the Microsoft conference at E3 2021. What made it even better was the fact that we got to see some gameplay footage already in the game. The long wait might not yet be over – but what’s another several months if we’ve already waited for a decade, right?

Renamed STALKER 2: Heart of Chornobyl in March 2022, this game will be the first time the STALKER series will be on consoles. Microsoft fans are lucky to have the game coming to the Xbox Series X. Xbox fans will finally get a taste of the brilliant FPS shooter called STALKER, and lucky for them to experience the game with next-gen graphics and features. Their flip-flop with NFT features won’t tarnish the excitement we have for this game.

Still, the developers of STALKER 2 don’t want their fans to think that they are just sitting on their bums doing nothing. As a show of progress, GSC recently released high-definition images of their work in progress – images that look too good to be true for some. We’re just hoping that the game will really look like this upon release.

And that’s our top 10 upcoming Xbox Series X games that we’re looking forward to – games that aren’t coming to consoles. Which ones are your most anticipated? Looking for the same lists for PS5, Xbox Series X, and the Nintendo Switch? Then check them out below: