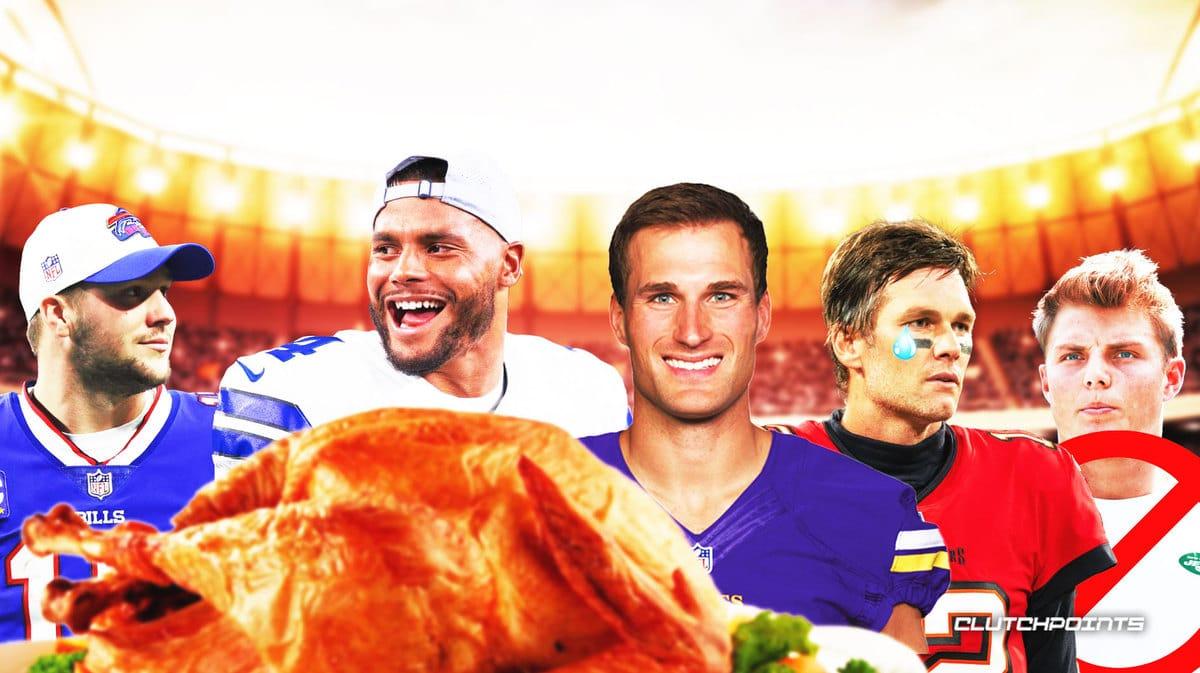 Happy Thanksgiving! Or should I say, Happy John Madden Thanksgiving Celebration (as per official NFL nomenclature)? Either way, the NFL Week 12 slate is the annual Thanksgiving week schedule, so we have three games on Thursday, seven in the early Sunday window, three late Sunday, and Sunday and Monday nighters. With that in mind, let’s continue our NFL odds series with the Week 12 picks and predictions for every game on the schedule.

In Week 11, the New England Patriots and New York Jets played a 3-3 snoozer for 59 minutes and 34 seconds before the Pats’ punt return win. The bottom-feeding Las Vegas Raiders finally won a game vs. Russell Wilson and the equally terrible Denver Broncos, and the Dallas Cowboys trounced the previously 8-1 Minnesota Vikings 40-3. In Week 12, the Jacksonville Jaguars, Miami Dolphins, Seattle Seahawks, and Tampa Bay Buccaneers come back from their byes and, because of the unique Thanksgiving schedule, the remaining eight teams that haven’t had a bye will have to wait.

So, without further ado, let’s do the NFL picks, predictions, and odds for each game on the Week 12 board.

Courtesy of FanDuel, here are the NFL odds.

The Buffalo Bills head back to Detroit for the second straight week, and this time, there isn’t a lake-effect blizzard falling on their head as they do it. In the Motor City in Week 11, Josh Allen and the Bills righted the ship after consecutive losses and at least look like they’re back to thoroughly beating bad teams. The Lions are feisty and at home on Thanksgiving, but they are also a bad team. The Bills are riding a two-game Thanksgiving win streak (2019 vs. Cowboys, 2021 vs. Saints), while the Lions haven’t won on Turkey Day since 2016. Take the Bills to kick off the NFL Week 12 picks and predictions.

Update: The Bills pulled out a 28-25 win in the final seconds.

Surprisingly, the Cowboys don’t have a much better record at home on Thanksgiving Day than the Lions do in recent years, although their last win did come in 2018. Now, everyone is fired up after the Boys’ beatdown of the Vikings last week, and they are down on the Giants after losing to the lowly Lions. With that as the backdrop, it seems like the Cowboys should roll. However, this is a divisional game, and almost every NFC East contest this season has been a one-score affair. That’s why the Cowboys will win, but take the points.

Update: The Cowboys took care of business with a 28-20 triumph, though they didn’t quite cover.

See above about everyone overreacting to last Week’s Vikings-Cowboys rout. In Week 12, the Vikings can bounce back against a Patriots team that took over 59 minutes to score more than three points vs. the Jets. Sure, the later in the day it gets, the worse Kirk Cousins performs (historically). But that also means everyone and their cousin (pun intended) will be putting bets down on the Pats on Thanksgiving night. Fade the public. Take the Vikings.

Update: The Vikings earned a hard-fought 33-26 win to close out Thanksgiving.

The Baltimore Ravens didn’t look good last week, “only” beating the Panthers 13-3. Add that to the fact that the Jaguars are coming off their bye and playing at home, and you have a recipe for — if not an upset — at least a cover from the home team here. Plus, the Ravens are banged up and Lamar Jackson isn’t practicing to start the week. That’s why Trevor Lawrance and company should keep it close.

The one thing you can say about the Panthers in the post-Matt Rhlue, post-Christian McCaffrey era is that the team is still playing hard. And that might be more than you can say about the Broncos right now. Denver lost to the Raiders last week, and after that, they shouldn’t be favored on the road against anyone. Broncos Country, Let’s Ride (the Panthers to an upset win)!

The Commanders beat the lowly Texans by 10 last week, but the Falcons are a better team than Houston, even without Kyle Pitts. The Fighting Taylor Heinickes are a team on the rise, but even when the Commanders win, they usually don’t do it by a lot. This feels like a field goal game in the end.

Tom Brady is coming off a bye, and that’s usually bad news for the other team. However, this year, even the bye can’t make the Buccaneers’ offensive line better, get them a better running back, or bring back Rob Gronkowski. And as bad as the Browns have looked at times, they are at home for what could be the last start of Jacoby Brissett’s career. Don’t be surprised if the home dog takes this one outright.

All the Titans have done this season is go 7-3, and after a weird Week 1 loss to the Giants, they’ve beaten every team except for the high-powered offense of the Chiefs and the Bills. Joe Burrow and the Bengals can be that type of offense, even without Ja’Marr Chase. Cincy has struggled this year with running teams, though, with losses to the Steelers, Cowboys, Ravens, and Browns. Derrick Henry will be the star of this game as the home dogs take it again in Week 12.

The Dolphins are coming off a bye and will be ready to run over their opponent both on the ground and in the air. Tua Tagovailoa should have a big day throwing to Jaylen Waddle and Tyreek Hill, and the new 49ers East backfield of Raheem Mostert and Jeff Wilson will romp too. Take the two touchdowns here, and don’t sweat it.

Is Justin Fields vs. Zach Wilson all that much better than Trevor Siemian vs. Mike White? Either way, it looks like we’re getting ready for the latter on Sunday. With Fields likely out with an injury and Wilson benched, there should be a lot of running in this game. Although ironically, White and Siemian might be better passers than their starting QB. Whatever happens, this game will be ugly, but the Jets’ D should prevail in the end. Six points might be a bit too large to cover, though.

The Raiders may have given their fans a glimmer of hope last week with the win over the Broncos, but there wasn’t enough there to think they’ll do it again vs. a rested and ready Seahawks team. This seems like a game where Geno Smith returns to action and continues his MVP campaign (only kind of joking).

This is a tough game to pick because neither team is very good. Kyler Murray is off the injury report and back in the fold, which is good news for the Cardinals. The Chargers’ offense is looking better with Keenan Allen back, but now Mike Williams is out. When in doubt, take the points at home. 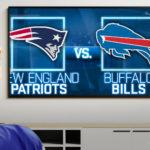 There doesn’t need to be a lot written about this game. The Chiefs are very good. The Rams are very bad. That pretty much covers it. This is the easiest game to call in this set of NFL Week 12 picks and predictions.

This is another good team vs. bad team game, but Jimmy Garoppolo and the 49ers aren’t quite as confidence-inducing as Patrick Mahomes and the Chiefs. Still, the Niners have an excellent defense and too many weapons to count. Look for Christian McCaffrey, Deebo Samuel, Brandon Aiyuk, and George Kittle to score all the points you need in this game.

After losing to the Commanders and struggling vs. the Indianapolis Colts, it looks like there is a bit of a blueprint to beat (or at least hang with) Jalen Hurts and the Eagles. However, the defense has still looked good the last two weeks and should frustrate an already frustrated (and injured) Aaron Rodgers. Plus, the Packers are a bit of a mess and may not be able to execute this blueprint anyway. Feel good about taking the Eagles here at home.

The Jeff Saturday era is off to a banger of a start. After beating the Raiders in his debut, Saturday followed that up by pushing the now-9-1 Eagles to the brink. Maybe there’s something to be said for plucking a guy from TV and making him a head coach. Plus, a soft schedule never hurts either, and the Steelers are definitely soft this season. We wrap up our NFL Week 12 picks and predictions by going with the Colts.